General Hospital spoilers and rumors tease that even though Nikolas Cassadine (Marcus Coloma) is generally suspected of killing his grandmother Helena Cassadine (Constance Towers) by poisoning her tea, there could be another Cassadine who would have had a good reason. General Hospital viewers will recall that Victor Cassadine (Charles Shaughnessy) is still alive and may have had reason for revenge!

Longtime General Hospital viewers will recall that Helena also had a daughter with a lover – although that lover has never been revealed. There is a good chance that this daughter was Victor’s – and he’d have a very good reason to kill Helena as revenge for her killing Irina Cassadine (Alyshia Ochse). It makes sense that if Mikkos Cassadine (John Colicos) had two daughters with Kristin Bergman (Melanie Minichino) who of course are Alexis Davis (Nancy Lee Grahn) and her late sister Kristina Cassadine (Jaime Ray Newman) that Helena may have had two children with Victor, meaning Valentin Cassadine (James Patrick Stuart) had a full sister!

However, Valentin was known to Victor, and he told him in recent General Hospital episodes that he kept an eye on him. Victor may not have found out about Irina until after Helena killed her! If he had known about her, he certainly would have taken steps to protect her as well! 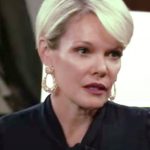 Long time General Hospital viewers will remember that Ethan Lovett (Nathan Parsons), Luke’s son with Holly Sutton (Emma Samms) became fascinated with Wyndemere. This was during a time that Nikolas Cassadine (Marcus Coloma) wasn’t living there, but Helena had been on and off. Ethan started snooping around, and became suspicious that someone else might be snooping around there as well. He spotted a woman all in white, but she wouldn’t speak and ran away.

They started leaving notes for each other however, and that is how they communicated at first. Longtime General Hospital viewers will remember that Ethan then became the caretaker of Wyndemere so that he has a reason to go there and find out more about her. Ethan then started seeing the mysterious woman outside of Kelly’s, but could never catch up to meet up with her. On January 3, 2012, Ethan stood outside Kelly’s and the Woman in White walks up to him and kissed him for New Year’s, then walks off.

Longtime General Hospital viewers may remember that it was revealed that the woman was a patient of psychiatrist Ewen Keenan (Nathin Butler). General Hospital viewers saw Irina speak for the first time on January 9, 2012, when she asks Ewen what’s wrong with her. Ewen says that the woman doesn’t know who she is, but there’s nothing physically wrong with her. The woman then tells Ethan that Ewen refers to her as “Cassandra” because she doesn’t even know her real name.

Then, Ewen later told Ethan that she didn’t seem to want to find out who she really was. Ethan fell in love with “Cassandra” and they become lovers. On February 5, 2012, Helena came to “Cassandra” and Irina claimed that Helena had made her an assassin. She stood up to her, and berated Helena for having had her locked up and hidden. Helena tells her that no one could know that she existed. Helena had Irina held in a compound and she tried to escape and nearly drowned. 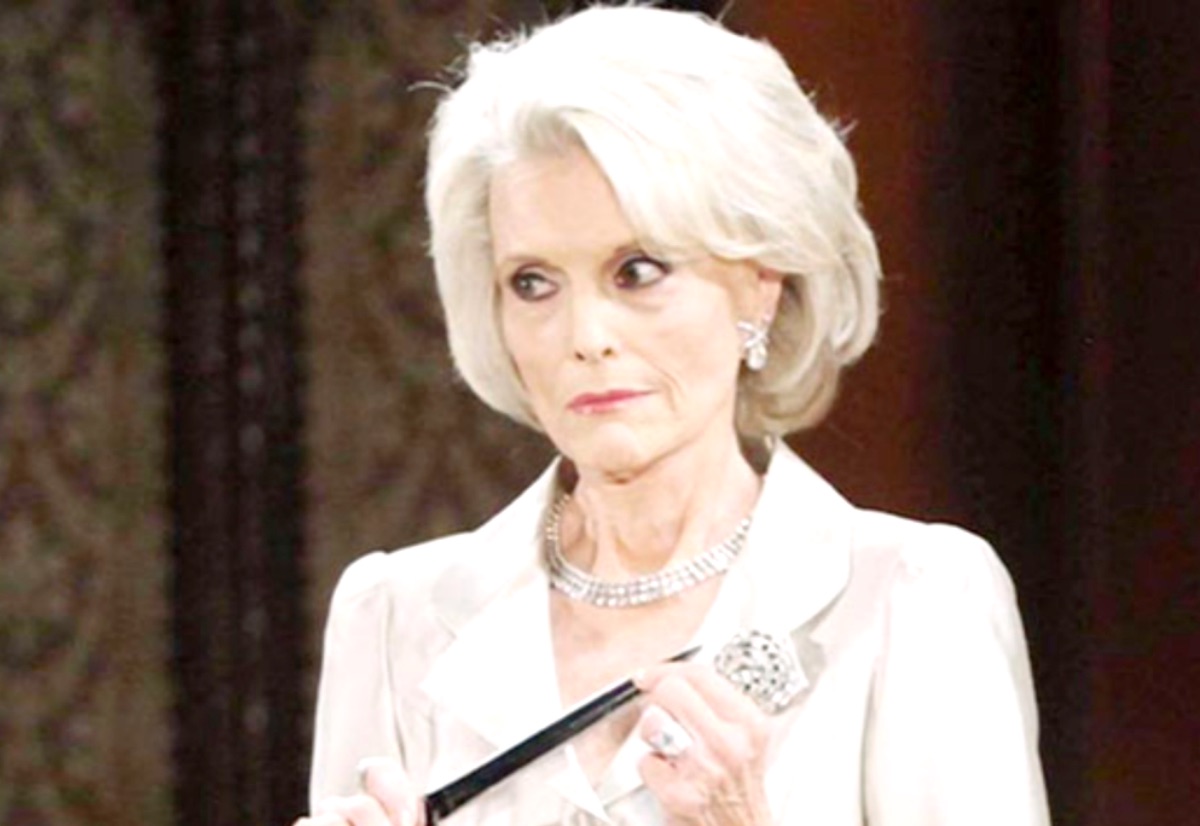 Longtime General Hospital viewers will recall that Helena tried to make Irina shoot and kill Ethan, who she loved. Irina turned the gun on Helena! Helena had anticipated that happening, and so she had given her a gun with blanks. She then has her goons shoot and kill Irina. Later, Ethan’s mother, Holly Sutton (Emma Samms) comes and saves him. Valentin’s birth father could very well be the same man as Irina’s, whose name was never revealed until recently when it was revealed by Victor as himself!

It all fits that Helena kept Irina a secret, and that Victor probably never knew of her when she was alive! Victor supposedly died in 2014 and Helena in 2015. All that gave any clues that she may have been murdered is a reflection in a teapot on the portrait that self-incinerated in Ava Jerome Cassadine’s (Maura West) gallery, and it was assumed that Nikolas was the one who was responsible, but it has never been proven. General Hospital viewers can see where it may make more sense for Victor to have been the culprit – she thought he was dead, and he easily could have slipped up through the secret entrance to Wyndemere and poisoned her tea, after finding out about Irina and what happened to her!

General Hospital (GH) Spoilers: Why Is Wes Ramsey So…

General Hospital (GH) Spoilers: Portia And Trina Have A…