General Hospital spoilers and rumors tease that a tragedy will bring Hayden Barnes (Rebecca Budig) back to Port Charles in future episodes of General Hospital! It turns out that her daughter with Dr. Hamilton Finn (Michael Easton) will have a serious health crisis and donor material from Hayden will be the only thing that will save Violet Barnes Finn (Jophielle Love)!

General Hospital viewers will remember that Hayden took off to parts unknown about two years ago, leaving Violet with Anna Devane (Finola Hughes) and Hamilton Finn. Since Finn and Anna are no longer together, Finn has been caring for their young daughter alone, although her aunt Elizabeth Baldwin (Rebecca Herbst) has helped a lot, and Violet’s family has expanded with getting to know her paternal grandparents Jackie Templeton (Kim Delaney) and Gregory Chase (Gregory Harrison). 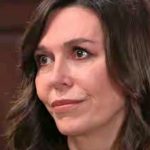 Violet’s uncle Harrison Chase (Josh Swickard) has also helped out, and Violet has gotten to know her three older cousins on her mother’s side very well. She did see her maternal grandmother Naomi Dreyfus (Gigi Bermingham) before she was unfortunately murdered – perhaps for knowing too much about Hayden. Naomi pretended to not know where she was, but the man who likely murdered her was the one who told her to say that. General Hospital viewers suspect he may be the answer to Hayden’s location!

General Hospital Spoilers And Rumors – Nikolas Cassadine Would Very Much Like Hayden To Stay Away, But She Won’t Be Able To With Violet Desperately Ill!

General Hospital viewers will recall that Nikolas Cassadine (Marcus Coloma) was responsible for Hayden having left town in the first place, and he would very much like her to stay away! General Hospital viewers will recall this was when Nikolas was still vying with Valentin Cassadine (James Patrick Stuart) and Cassadine Industries, and he had witnessed Hayden making a deal with Valentin. Nikolas had hired a thug to rough her up on the waterfront, then swooped in like a guardian angel to save her, convincing her that her life was in danger and she needed to go on the run!

After dropping Violet off with a note that Mommy had to go away and she loved her, she hasn’t been seen or heard from since. Shawn Butler, (Sean Blakemore) however, is very interested in finding her – because she holds the key to getting his name cleared. She knows who really shot her when she was caught in the crossfire as Shawn was doing a hit job for Sonny Corinthos (Maurice Benard). However, Hayden has kept that secret for all these years. It’s possible that Victor Cassadine (Charles Shaughnessy) may know Hayden’s location and how to contact her – because it was Victor who Nikolas called in a recent episode, asking if it was him who had Naomi killed! 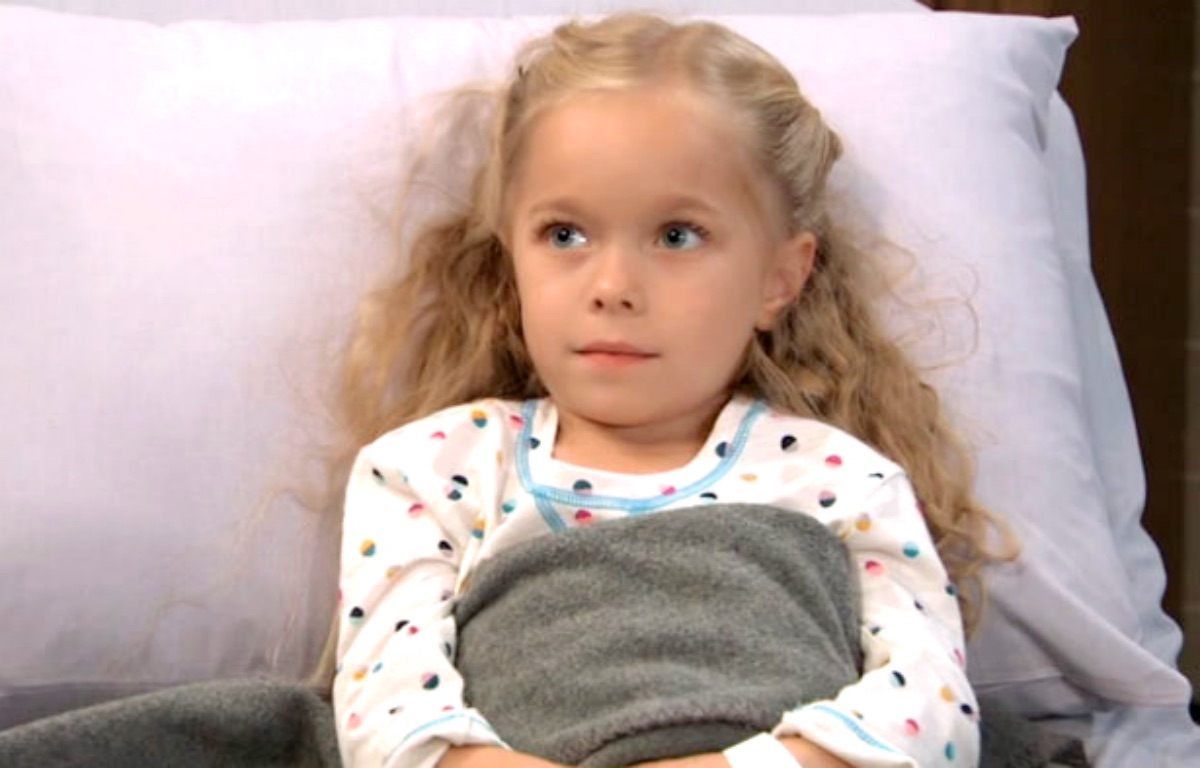 General Hospital viewers will see word somehow reach Hayden that her daughter is desperately ill, and needs something from Hayden to survive. It could be a bone marrow transplant, like happened with Danny Morgan (Zakary Risinger) when he was a baby – and Julian Jerome (William DeVry) was the only donor match. The news will be grim, and Hayden knows she must return to Port Charles, Nikolas or no Nikolas! It could be something like a rare blood type that Hayden and Violet share – and she may need a transfusion.

Finn would probably have those records from when Violet was in the hospital when he first found out about her. General Hospital viewers will recall that she was suffering from a high fever – the diagnosis was never revealed, but Finn got her fever down and she hadn’t had any problems like that since. It’s possible that the high fever could be related to something undiagnosed that went into remission and has afflicted her again. Finn, at the time had referred Hayden to another specialist because of rules that physicians shouldn’t treat their own children, although those rules may have changed since that time. Either way, once Hayden hears Violet needs her she’ll show up in Port Charles as mysteriously and suddenly as she left!