General Hospital (GH) spoilers tease that even as Cyrus Renault (Jeff Kober) and Peter August (Wes Ramsey) have begun an uneasy alliance in order to get rid of Jason Morgan (Steve Burton) one way or another. As viewers know, Peter recently murdered Franco Baldwin (Roger Howarth), but Jason has been charged with the crime, mostly because Cyrus got Gladys Corbin (Bonnie Burroughs) to lie that she witnessed Jason getting rid of the gun.

Gladys always seems to make an opportunity for easy cash no matter what lie she has to tell or who she has to frame. She says she is working with Cyrus for her son Brando Corbin’s (Johnny Wactor) sake. But because of the lie she told once Jason discovers who is framing him, Cyrus will most likely kill Gladys too and make it look like she’s another victim of Jason, While things may quiet down for a few days, look for Jason and Cyrus’ deadly alliance to temporarily keep Jason from giving Carly Corinthos (Laura Wright) as much attention as she may need managing the less than legal aspects of Sonny Corinthos’ (Maurice Benard) business.

If Carly doesn’t do something the other mob families may take her inaction for weakness. And if they sense weakness, they will strike. Carly’s entire family could suffer if she does nothing. But if she makes any type of power play, like she did when she kidnapped Florence Grey (Annie Acker), Cyrus’ mother to keep Cyrus from trying to kill any Corinthos family member.

While Carly seemed to enjoy stepping up, her style is obviously much more bold and brazen and that might be seen as a liability. But the more Carly makes those types of decision, the easier it will be for her to continue. And if she isn’t careful she may just become the head of the Corinthos Family Business!

How long will it take for Jason to discredit Gladys and clear his name of Franco’s murder? Will Gladys realize she has used up all her good will in Port Charles? And while Jason handles his legal issues, what will happen as Carly becomes more involved in the running of the Corinthos Family business? Is that a good business decision or is trouble brewing once again?

Power Plays that were never supposed to happen may be exhilarating, so stay tuned as Carly does her best to fortify her property. What if she puts a hit out on Gladys herself, not realizing her death would bring suspicion right to Jason. 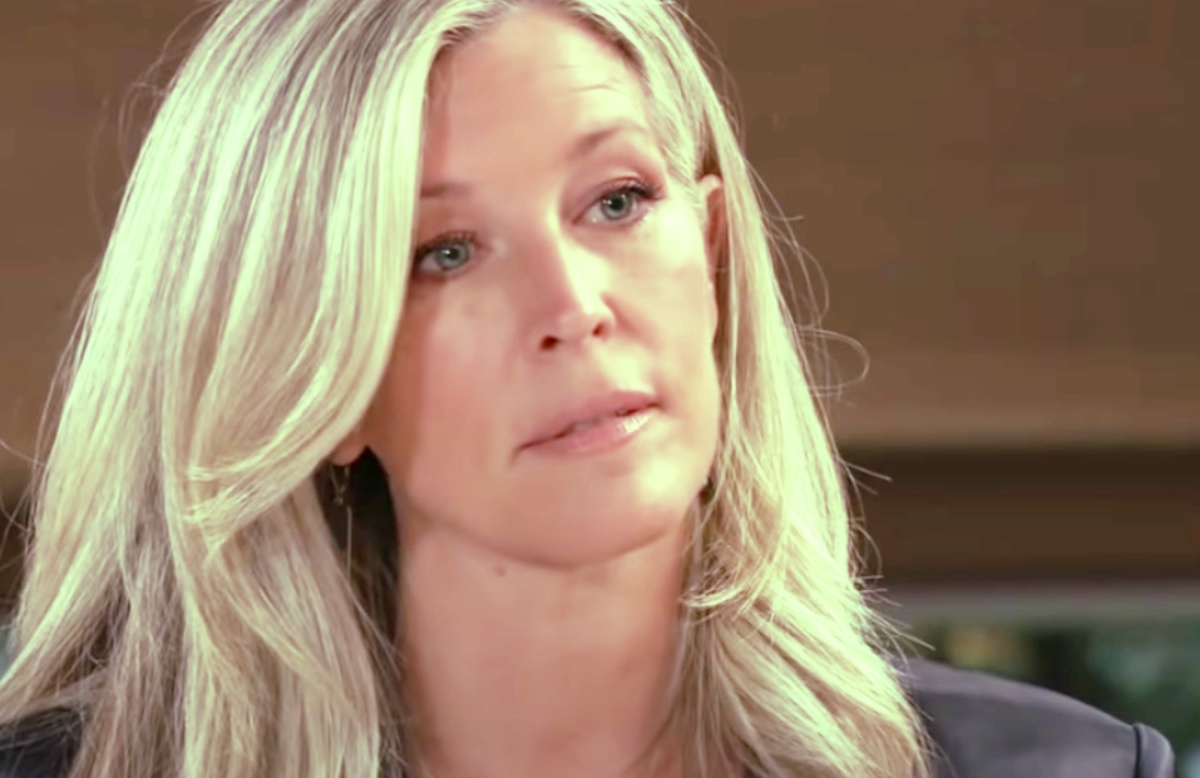 General Hospital Spoilers -What do you think?

Will Jason take Gladys claims seriously? Or will it be easy to prove she’s lying? Did she just put a big ole’ target of herself on her back? Will Carly continue to experiment with making bolder decisions or will she finally push someone too far, possible forcing them to talk when they didn’t want to? Either way, just be careful as Sonny once again rises to power, Carly may find she doesn’t want to give up that position.

SO hopefully everything will work out in the end or Carly may find herself as the leader of one of the most profitable illegal business organizations in the area. A completely unexpected rise to power may be happening in Port Charles, so stay tuned to General Hospital airing weekdays on ABC. And don’t forget to check back right here regularly for all your General Hospital news, information and spoilers!