Jason, Sonny, Brando Corbin (Johnny Wactor), and Curtis and Jordan Ashford (Donnell Turner, Briana Nicole Henry) are all working together on a plan. Viewers will recall that Curtis and Jordan had discussed the element of surprise in taking down Cyrus. Brando is playing an undercover double agent of sorts by convincing Cyrus that he’s working for him. Jordan is humoring Cyrus by giving him some of what he wants – like taking Detective Harrison Chase (Josh Swickard) off the investigation, for instance. He was not pleased! 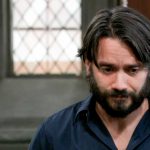 Other General Hospital spoilers tease that a not-so-dead Marcus Taggert (Réal Andrews) will also be involved in Cyrus’ takedown. But they are all in the early stages of the takedown plan, and Sonny and Jason strategize in order to plan the next steps. Brando has already started his undercover work with the sneaky drug lord, asking him what he wants him to do.

That is the first step. They are not the only ones working on taking down Cyrus, however. Lulu Spencer (Emme Rylan) and Jackie Templeton (Kim Delaney) have decided the pen may be mightier than the sword and are working on an exposé, and even Trina Robinson (Sydney Mikayla) and Josslyn Jacks (Eden McCoy) are working on a plan! This plan may be what pulls Taggert out of the woodwork! Will these other plans help or hinder Sonny and Jason’s plans? They could easily get in the way! 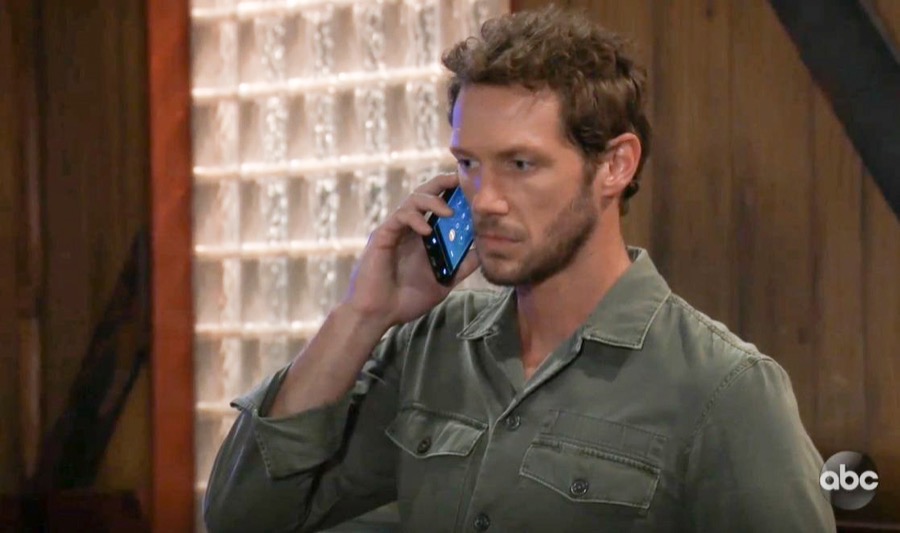 Even though Sonny and Jason seem to trust Brando – they cannot be too careful. Brando seemed a little too willing to help take down Cyrus after first not wanting anything to do with “the business”. Brando admitted he got messed up with the wrong people in his past, and Cyrus or his organization maybe those “wrong people”. Sonny and Jason will likely decide that they are going to have to put eyes on Brando as he tries to lure Cyrus into the takedown trap! It may be too dangerous for Brando to wear a wire, even though Damian Spinelli (Bradford Anderson) could easily arrange for that!

Cyrus is too smart to not think that Brando maybe not working for him as much as he’s working for Sonny or even the police, so he would be sure to check for a wire first thing! They may have to arrange for more than one undercover operative to infiltrate Cyrus’ organization, in order to keep eyes on Brando. Perhaps killing one bird with two stones might be a better plan! Sonny may enlist Brick (Stephen A. Smith) to get that extra help!