ABC General Hospital (GH) spoilers and rumors tease that Michael Corinthos (Chad Duell) and Willow Tait (Katelyn MacMullen) truly want the best for each other. Their marriage was never meant to be a romantic one. They got together to provide a stable home in Port Charles, New York for Michael’s son, Wiley Corinthos (Erik and Theo Olsen), and to win custody over the boy’s birth mother, Nelle Benson (Chloe Lanier).

Nelle was a very deranged woman and Michael and Willow couldn’t let her have custody after everything that Nelle had done. But Nelle is dead, at least it appears that way, so there is no longer a reason for Michael and Willow to stay married.

Michael and Willow have decided to get an annulment because neither of them has any grounds for a divorce. Plus the two of them have never consummated their marriage. Both are still smarting from breaking up their previous relationships. But as the weeks have turned into months, Michael and Willow have obviously started to see each other in a different light, even sharing a kiss at one point.

Although they both agreed to the annulment, neither of them seem to be in any hurry to make it official. Willow has agreed to continue living with Michael at the Quartermaine mansion until the marriage is dissolved. 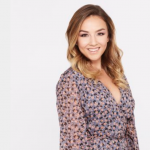 In the meantime, Willow agreed to learn more about wine with Michael. That was something that Willow also shared with her last boyfriend, Harrison Chase (Josh Swickard). Michael is having a few bottles sent to them each week to try. It’s easy to see that many drunken nights are in the couple’s future. But will that lead to more than a kiss between the soon to be exes? It’s fairly easy to see a scenario when the two have a little too much to drink and end up consummating their relationship.

General Hospital Spoilers – No grounds for an annulment

If Michael and Willow do sleep together, then they wouldn’t be able to get an annulment. And perhaps, they won’t even want to at that point. It’s obvious to everyone around the couple that they have feelings for each other. Even Michael’s brother, Dante Falconeri (Dominic Zamprogna), who has been away from quite a while, noticed that the two seem perfect for each other. The two of them just need to admit it to each other!

Will Michael and Willow go through with the annulment? Or will a night of two much wine lead to passion? Will Michael and Willow finally admit they want to be with each other? Anything can happen in Port Charles, so make sure to watch General Hospital weekdays on ABC. And don’t forget to check back right here for all your General Hospital news, information, and spoilers!