ABC General Hospital spoilers reveal that Lexi Ainsworth (Kristina Corinthos) has an exciting new project to talk about. Her fans will be able to see her in an upcoming episode of primetime’s Shameless which is in its 11th and final season.

Be sure to watch Shameless on December 13th, 2020, and check out Lexi as a character named Amber.

Lexi debuted as the daughter of Sonny Corinthos (Maurice Benard) and Alexis Davis (Nancy Lee Grahn) in 2009. Her last big plotline involved her being captivated by a cult run by a wicked, wicked man.

At the time eternally angst-filled Krissy took her existential woes to town by joining the cult and refusing to see reason when it was given to her on a platter. The end result was that she had to be “rescued” by her parents and shrink Neil Byrne (Joe Flanigan).

Neil’s daughter had been in a similar situation and he eventually helped the family to reunite. He also played a part in the current downfall of Alexis. 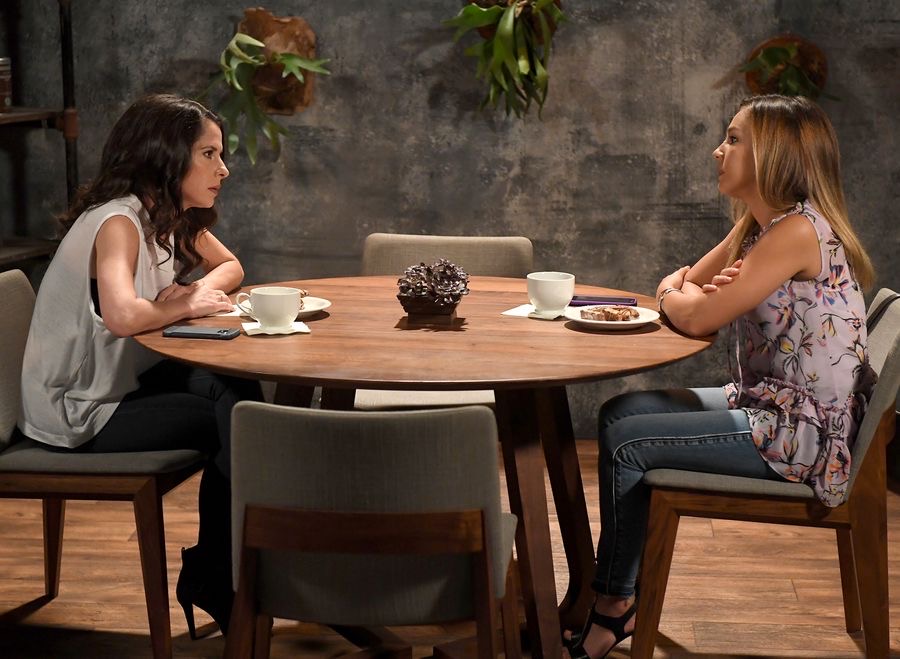 General Hospital spoilers – Where has Kristina Corinthos been?

In recent weeks the show has put the death of Kristina’s grandfather Mike Corbin (Max Gail) at the forefront. All of his loved ones were able to say goodbye and see him prior to his death. Except that Kristina was conspicuously absent and fans were wondering where she was.

The answer is that Kristina attended the funeral, and apparently that’s all viewers need to know! The show has moved on now and it looks like we won’t see Kristina again any time soon. But you can catch her in Shameless!

General Hospital spoilers – What is next for the Davis women in Port Charles?

After Neil saved Kristina from the cult brainwashing, he took up with her mom Alexis. That was a no-no since she was also his patient. They cavorted then decided to cool it so that Neil wouldn’t get in trouble. Except that everyone found out and not only did Neil lose his license but Alexis was disbarred as a lawyer. She’s had other woes as well and now she’s hitting the sauce again pretty heavy. Now would be a good time for Kristina to visit her mom and offer some support. Then again, Kristina comes with a bag of issues slung across her shoulder so maybe it’s for the best that she stays out of Alexis’ orbit for now.