ABC General Hospital(GH) spoilers and updates tease that Lulu Falconeri (Emme Rylan) has quite a dilemma on her hands. Her ex-husband Dante Falconeri (Dominic Zomprogna) has recently returned to Port Charles, right as new flame Dustin Phillips (Mark Lawson) was preparing to move in with Lulu.

As viewers know, Lulu only divorced Dante after he told her to move on because he had been brainwashed and had no idea when or if he could recover without the threat of harming her or someone else. But when Dante’s mother, Olivia Falconeri (Lisa LoCicero) arrived to get through to Dante, he initially refused. But it stirred something within Dante, eventually leading him back to Port Charles.

But even though Dante hasn’t fully recovered, he has returned to town in order to take on a new assignment. He’s here now to help get the evidence needed to expose Peter August’s (Wes Ramsey) crimes. This is bound to cause even more tension because Lulu currently works as a reporter for Peter’s newspaper. But other than that, under normal circumstances, Lulu would immediately rush back into Dante’s arms, despite her relationship with Dustin. 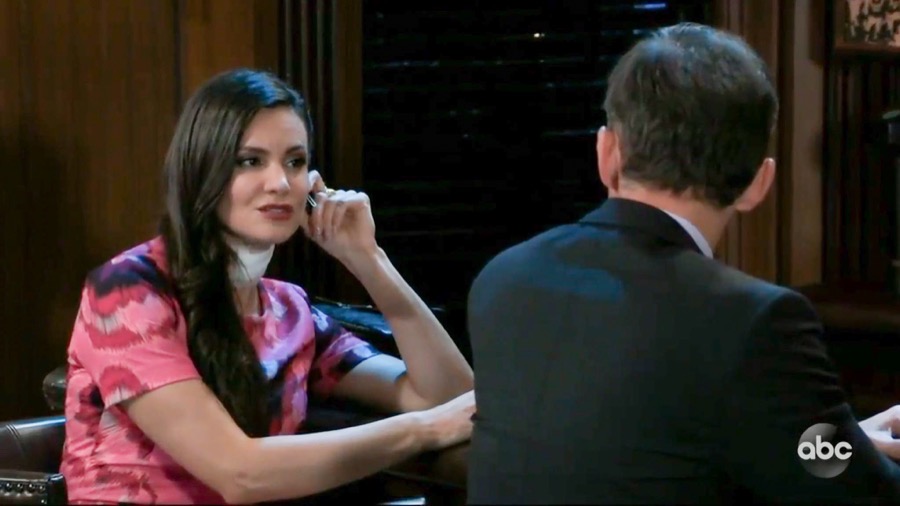 But at one point, Dante also had a fling with Brooke Lynn Quartermaine (Briana Lane). The two haven’t run into each other yet since Dante returned. Dante will surely need friends now that he is back, Brooke Lynn just might fit the bill. It’s unlikely anything romantic will happen between at this time, but that doesn’t mean Lulu won’t mistakenly believe the two are together. Dante slept with Brooke Lynn while married to Lulu once before, so she may feel there is no reason it shouldn’t happen now that Dante is single. 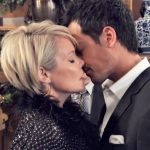 GH Spoilers – Back to Dustin Phillips!

If Lulu believes that Dante and Brooke Lynn are together, she may decide to stay with Dustin. Dustin seems like a great guy, even if he isn’t Lulu’s true love. Lulu’s kids like Dustin even though he isn’t their father. Dustin definitely would a good, safe choice. It’s inevitable that Dante and Lulu will eventually reconcile, but there will be many obstacles to go through before that happens.

Will Lulu choose a safe life with Dustin? Will she assume Dante has moved on with Brooke Lynn? Anything can happen in Port Charles so stay tuned to General Hospital, airing weekday on ABC. And don’t forget to check back here regularly for all your General Hospital news, information and spoilers!