ABC General Hospital spoilers tease that the Scarola twins, make that Grace and Ava Scarola, are busy these days performing on the ABC sudser as well as taking part in virtual learning.

Their parents have posted about their academic accomplishments before and it seems like the girls are thriving in the online learning environment.

We know that the girls are taking lessons in both English and Italian and now one of them has achieved an amazing milestone.

Both Ava and Grace attend an Italian immersion school and do lessons in English and Italian. The goal is to have them speaking dual languages at a young age. As we have seen in previous posts they learn at home and sit across from one another at a large table.

Their mother posted the following on Insta: “Grace gave a wonderful presentation in Italian today about dogs. Distance learning can be a challenge, but it is beautiful to see progress when you put in the work and dedication.” 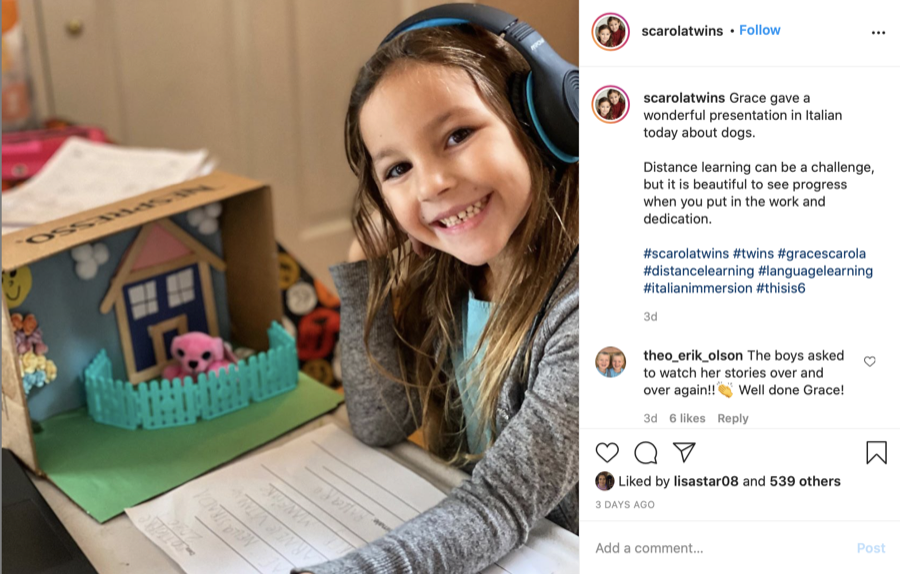 The girls’ fans were thrilled to hear about Grace’s amazing accomplishment with lots of congratulations and compliments.

General Hospital spoilers – What is next for Avery Corinthos in Port Charles?

Grace and Ava Scarola both play the part of Avery Corinthos on the ABC sudser. Avery’s storyline is heating up these days as she is involved in a front-burner plot involving several characters.

After wandering in the woods at night Avery found the half-heart necklace that Nelle Benson (Chloe Lanier) dropped before plunging to her death (supposedly).

As fans know Nina Reeves (Cynthia Watros) has the other half and believes her long lost daughter was given a piece of the necklace.

When will Carly Corinthos (Laura Wright) or Sonny Corinthos (Maurice Benard) put two and two together? Nina has been wearing the necklace every day and it won’t take much to determine that Nelle is her daughter (supposedly). At this time Nina is making funeral arrangements for Nelle but why do we think the reports of Nelle’s demise are premature? Both Nina and Carly are arguing about the funeral so it will be interesting to see what happens if Nelle suddenly shows up alive. How will Nina feel to know her daughter is the most hated woman in town?