ABC General Hospital spoilers say that while Sonny Corinthos (Maurice Benard) and Scott Baldwin (Kin Shriner) might often clash on-screen, off-screen it’s a whole different story, especially when it comes to the love and support that the two actors often give one another. In fact, you can even call it a love story of two enemies, as Maurice Benard and Kin Shriner recently sat down to talk about their long history working together. Here’s what they have to say.

Speaking to Soap Opera Digest in a new interview, Kin says that even though he and Maurice didn’t have a lot of scenes together during their early years on the soap, they would often go to restaurants and have lunches over the years with different people who would come with them. However, they weren’t particularly close. That’s because according to Kin, Maurice had taken fellow actor Steve Burton (Jason Morgan) underneath his wing.

Kin recalled, “Steve and Maurice were very close and I didn’t want to get in between them. Maurice had taken Steve under his wing and was really giving him the Method acting training. And I was just some hambone actor, so I didn’t think it was my place to interrupt while Steve was busy with his little notepad writing down everything Maurice said. 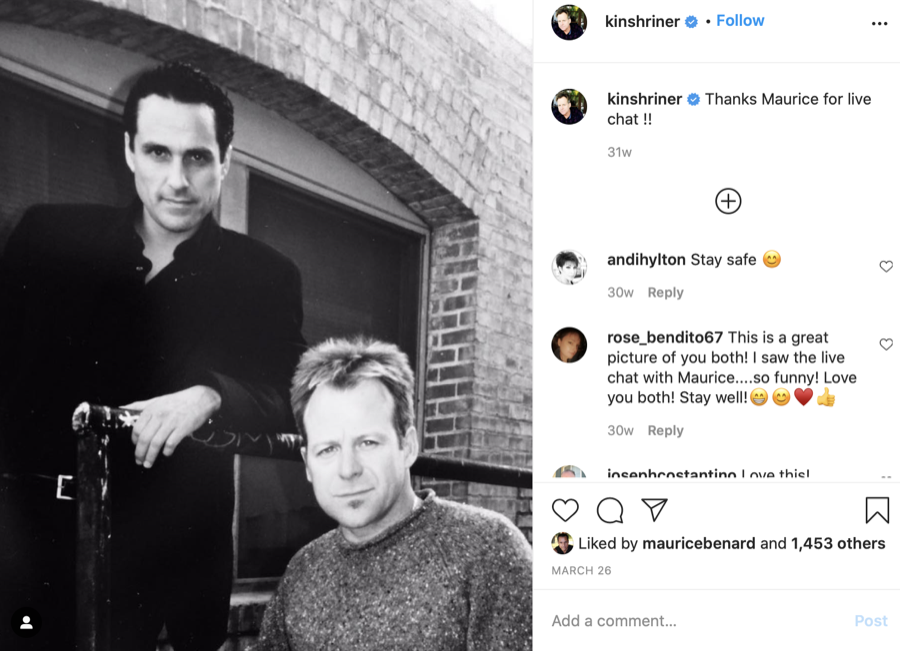 However, Maurice says that there was a time in which they were getting closer, and that’s when they started talking about Kin’s OCD. As many fans know, Maurice is very open when it comes to talking about mental health, as he too has battled his demons in the past.

He said, “I don’t get to talk to a lot of other people who are mentally ill, so the fact that Kin has OCD, he is very interesting to listen to. I was fascinated by OCF and the way Kin talks about it, it’s funny, it’s real, That’s when, I think,’ we really started clicking. For me, anything with mental illness, I gravitate to.”