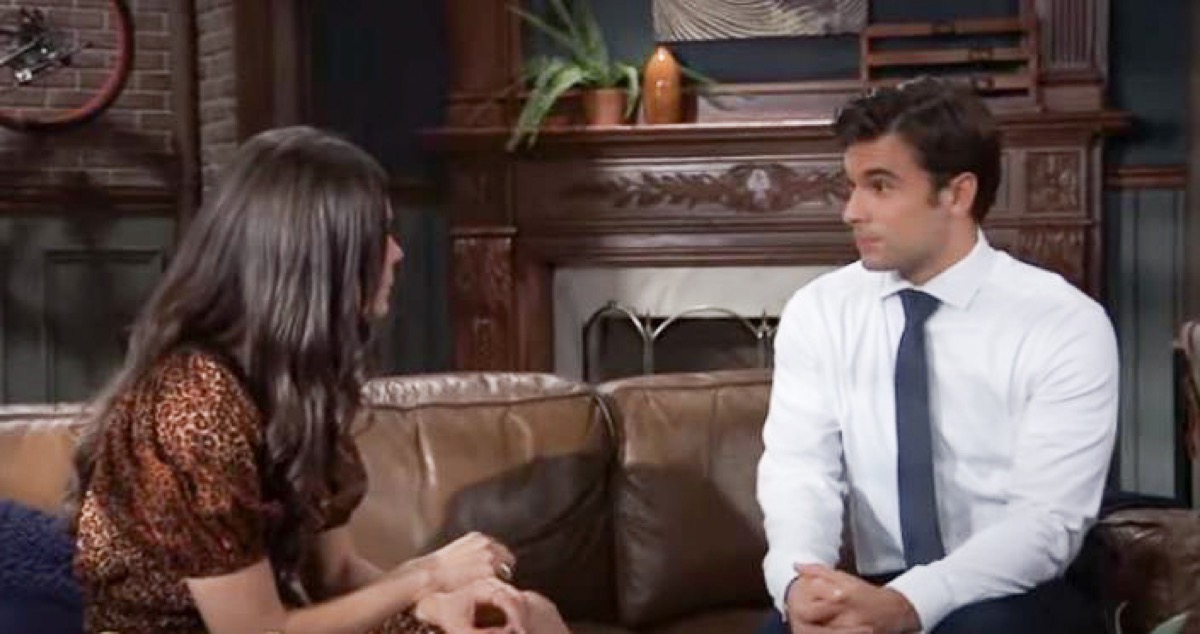 ABC General Hospital spoilers tease that Detective Harrison Chase (Josh Swickard) will apologize in an upcoming episode of GH. But will Brook Lynn Quartermaine (Briana Lane) accept his apology – and his couch?

Viewers will recall that Chase let Brook Lynn sleep on his couch after her father, Ned Quartermaine (Wally Kurth) kicked her out of the Quartermaine mansion after an argument. She had sold her ELQ shares to Valentin Cassadine (James Patrick Stuart) to get out of the contract with Linc Brown (Dan Buran) and when she revealed it, Ned blew his top! This was the first day of the Nurses’ Ball, which was more of a telethon this year but Brook Lynn was supposed to sing. She ran into Nelle Benson (Chloe Lanier) backstage in a dressing room, threatened to expose her kidnapping plan and Nelle stabbed her in the throat with a pair of scissors! She had nowhere to go after being released from the hospital, so Chase gave her a place to stay – temporarily.

Brook Lynn has lost her voice since the throat surgery, and at least for the time being she is unable to sing. She was to be “The Voice Of Deception” and tried to fake it to a client, by having Amy Driscoll (Risa Dorken) lip sync for her. That didn’t work either – because of Chase running into Amy, her mike being live, and when it comes down to it, Chase blew the whole shebang for Brook Lynn because Lucy Coe (Lynn Herring) fired her! So now Brook Lynn doesn’t have either a job or a home! Chase had previously told her she had to move out, but gave her time to find another place; and it may have been over misplaced hope that he could reconcile with Willow Corinthos (Katelyn MacMullen). That is no longer an issue. 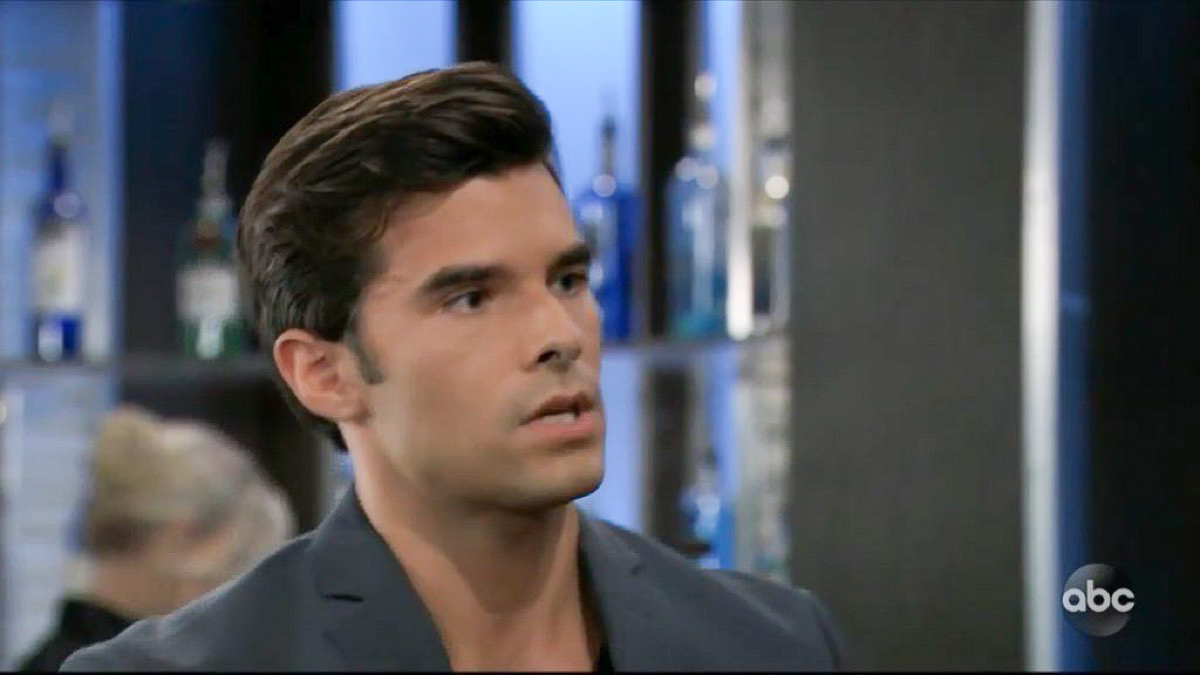 Chase had been talking to Nina Reeves (Cynthia Watros) at the Metro Court about Nelle’s burial when they both saw Brook Lynn entering with Valentin! He had been trying to call Brook Lynn because he was worried when she didn’t come back to his apartment the night before. Chase confronted Brook Lynn then and tells her he was upset when she didn’t call him back. 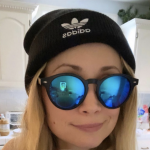 She stormed out and again refused to live at home with her father. Chase will again make contact with Brook Lynn, and depending upon whether she gives him the time of day since Valentin is now a comfortable shoulder to cry on, he will apologize for everything – for the fiasco with Deception Cosmetics, and for asking her to leave his apartment and find her own place.

He feels guilty for stumbling into her lip-synced performance, as well as for possibly driving her into the arms of a Cassadine! He’ll tell her things have changed and she can have his couch as long as she needs. Question is, will she accept his apology and take him up on his offer?