ABC General Hospital spoilers reveal that Scarlett Fernandez (Charlotte Cassadine) has been baking up a storm and she has a special helper ready to taste test. Her helper is her adorable dog Miss Molly who looks like the perfect culinary companion.

Scarlett has posted a pic of the two of them to her Instagram and in it, she can be seen scooping pink batter while Molly looks on approvingly.

She captioned the pic: “Someone is trying to help me bake! #minifern #missmollythemagnifcent.”

Scarlett looks like she is having a blast as she uses a measuring cup to ladle out cupcake batter. Her hair is pulled back into two cute braids and Miss Molly is supervising her every move! Her fans were thrilled with her baking efforts and many asked when they will see her again as Charlotte Cassadine in Port Charles.

And that is a very good question as both of Charlotte’s parents have a lot going on at the moment. For starters, Charlotte’s mom Lulu Spencer (Emme Rylan) has just learned that her absent ex Dante Falconeri (Dominic Zamprogna) is back in town. To complicate things, he doesn’t intend to leave and she has supposedly moved on with a guy she thought she loved.

This return throws a wrench into the family dynamic and we’d love to see Charlotte reunite with her stepdad. And then there is her father, Valentin Cassadine (James Patrick Stuart). He was most magnanimous when he relented in his custody battle with Lulu over Charlotte. Few saw that coming but he realized that he was a bad example for his daughter. That’s because after she saw him throw someone overboard in anger, she decided to hide a snake in someone’s purse. 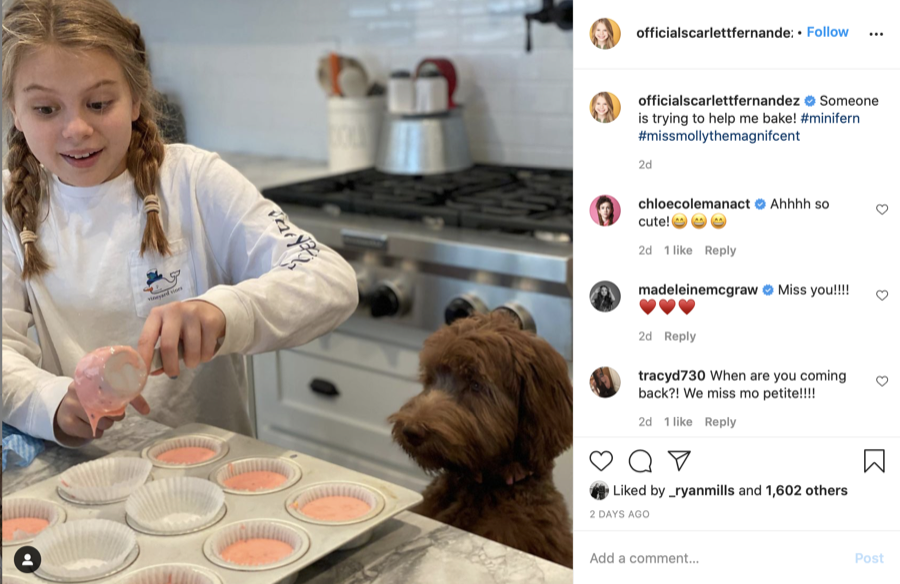 General Hospital spoilers – What happens next for Charlotte Cassadine in Port Charles?

Most recently Valentin has slept with Brook Lynn Quartermaine (Briana Lane) and it didn’t go unnoticed. Of course, what he does in his private is no one’s business unless we’re talking about his ex Nina Reeves (Cynthia Watros). When she discovered that these two had a fling she was shocked and dismayed. Is Nina not really over Valentin? That would not sit well with Jasper Jacks (Ingo Rademacher) who is her current beau. It looks like November sweeps could be full of dynamite for several Port Charles characters!