General Hospital (GH) spoilers and updates reveal Scarlett Fernandez, also known as Charlotte Cassadine on “General Hospital,” shared an update about her recovery. It seems like the young actress is doing well after getting into a serious bike accident.

Fernandez had a bike accident on the weekend before Memorial Day. The incident left her in the hospital for days. During that time, the young actress shared an Instagram post and said “wishing this was part of a GH script.” The post featured a photo of her in the hospital bed with both of her arms propped up in casts. The actress also has a notable scab on her chin.

“Last weekend I was in a bike crash,” she shared.

“I had surgery on both arms and stitches on my chin and I spent a couple days in the hospital. Next up, fixing four broken teeth (my molars, luckily),” she revealed. 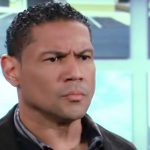 Fernandez sent her thanks to all those who helped her. “Extremely grateful for my helmet, the paramedics, the ER staff, the nurses and doctors at the hospital I was transferred to, the therapy dog that visited me, and my surgeon. Not the way I wanted to spend my summer, but I’m happy I’m feeling better each day,” she said.

Fernandez Is Feeling Much Better Now

In a more recent Instagram post, the actress is already up and about. She shared a photo of her wearing a shirt that says “I do my own stunts.” She’s still wearing casts on both arms but she now wears a big smile on her face.

Fernandez said on her post that she’s spent 18 days in recovery and she’s doing much better now. She also thanked everyone for their “thoughts, prayers, and well-wishes.”

“Hoping to move into shorter casts next week. I’m looking forward to doing some things on my own! Thank you for the shirt, Jeremy Irwin,” she shared. 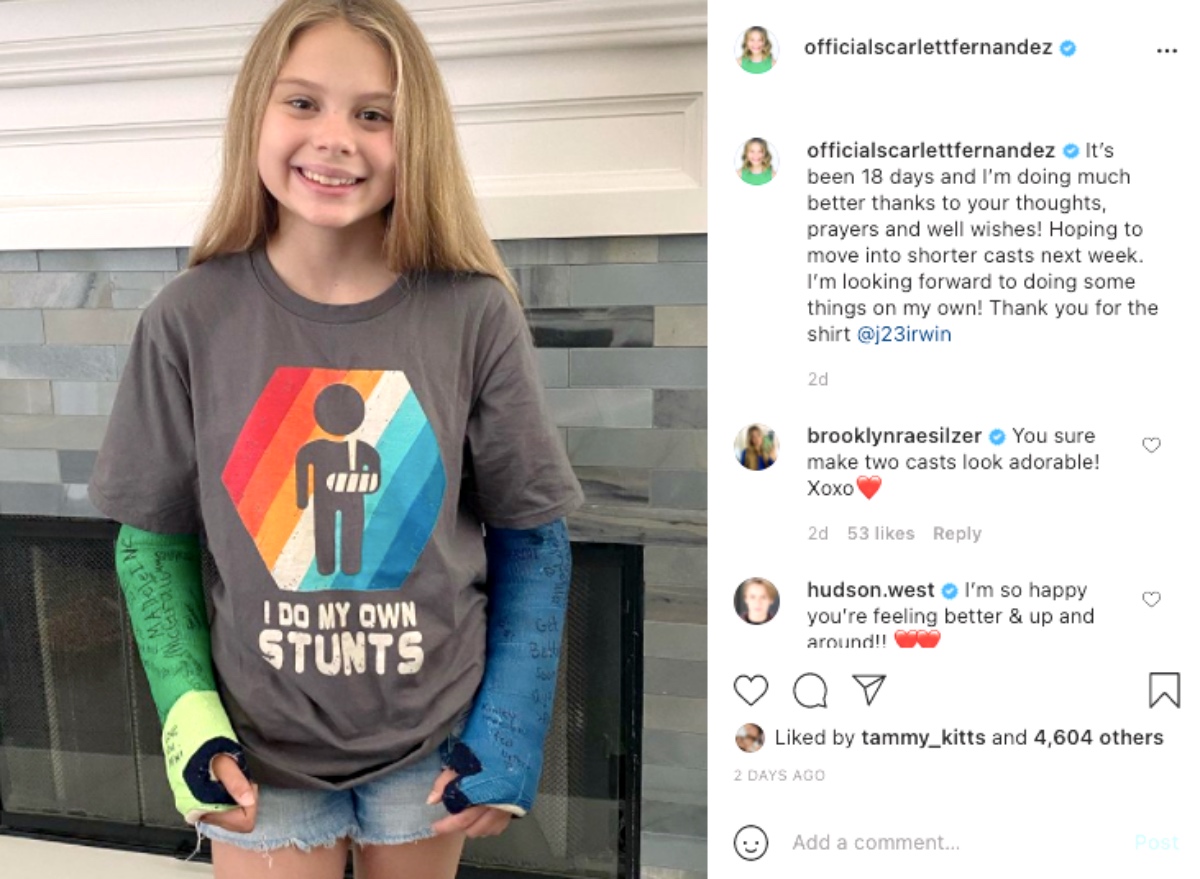 In her recent photo, the scab on her chin is gone. Fans are happy to see the actress looking much better. Her castmates on “General Hospital” are also happy and relieved to see her condition improve.

Brooklyn Rae Silzer commented on her post and said, “You sure make two casts look adorable.”

Hudson West chimed in and said, “I’m so happy you’re feeling better and up and around.”

Meanwhile, Theo and Erik Olson’s (Wiley) mother wrote, “You are so strong and so brave!” TK Weaver, who’s also recovering from a bike accident, said “You look amazing!”

General Hospital (GH) Spoilers: Who Should Sam Be With? Vote Now!