General Hospital (GH) spoilers tease that Steve Burton (Jason Morgan) has some eye candy on display on his Insta and we think you’re going to want check it out!

Hardcore and loyal fans will recognize the three gentlemen in the picture Steve posted and it’s especially fitting since all are nominated for Daytime Emmy’s this year. The gorgeous photo features Steve, Max Gail (Mike Corbin) and Maurice Benard (Sonny Corinthos).

General Hospital spoilers: Daytime Emmy’s Are Just Around the Corner

He captioned the pic: “Emmy Time! Love these dudes. Max gail @mauricebenard.” The three men are decked out in fancy clothes with their arms around each other with huge smiles on their faces. Has it really been that long since Max Gail departed the ABC sudser? 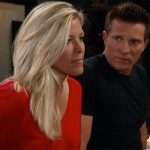 GH spoilers: Sonny Corinthos is Having a Blast in Nixon Falls

GH fans went wild over the photo with tons of heart and fire emojis. One posted: “CONGRATULATIONS to Max Gail and @ mauricebenard and Steve Burton! Love the picture of the 3 men from General Hospital!,” and another said, “Jason please go get sonny.”

That sentiment is echoed on message boards all over, but Sonny Corinthos (Maurice Benard) seems to be having the time of his life in Nixon Falls. Will he ever come back to Port Charles? We know he will be back eventually, but what will the amnesiac find when he gets there? Will Jason be married to his widow Carly Corinthos (Laura Wright)? And will he ever get his memory back in full? For now he remembers how to make a mean pasta sauce and take down the bad guys, that’s it. 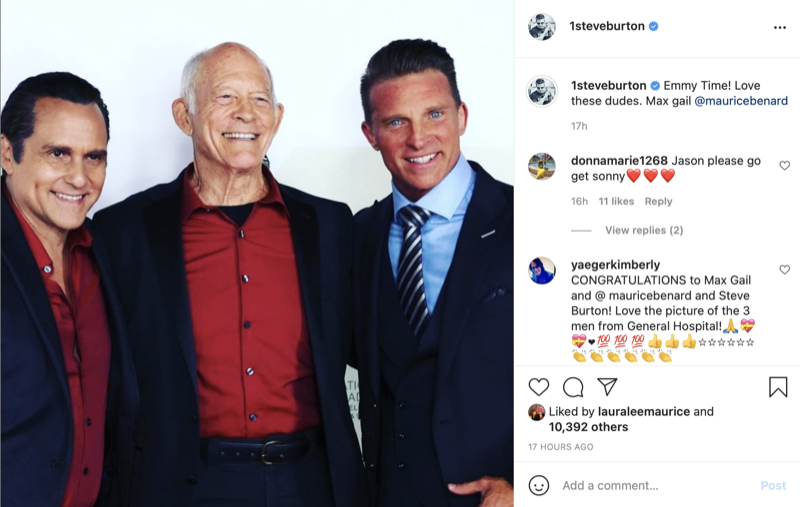 Burton and Benard are up for Best Actor Awards and Gail is nominated in the Supporting Actor category.

Sheryl Underwood hosts the 48th Annual Daytime Emmy Awards which airs on Friday, June 25 at 8 p.m. ET on CBS, as well as streaming live on Paramount Plus.

Many think it is Gail’s time to win. The veteran actor is known to many from his stint in the hit sitcom Barney Miller and the fans fell in love with him as Mike Corbin. Gail brought it every day in a heart wrenching storyline that saw his character succumb to Alzheimer’s disease. As Mike’s son Sonny, Benard also turned in Emmy worthy work and it would be wonderful to see these two friends hoist awards.