General Hospital (GH) spoilers and updates tease that Carly Corinthos (Laura Wright) and Jason Morgan (Steve Burton) may enter into a rather inconvenient marriage of convenience in an upcoming episode of General Hospital! This, of course, would be to show a united front to the Five Families.

General Hospital viewers will recall from a recent General Hospital episode that the Novak family was discovered to have been making moves on Sonny Corinthos’ (Maurice Benard) territory. A shipment was diverted in New Jersey and never got to its destination warehouse. Vincent Novak (Glenn Taranto) was present at the meeting of the Five Families that Carly presided over when Jason was not able to be, and Carly had thought all of the Five Families leaders had accepted her. Jason and Carly had a conversation about that and Jason told her, that even though at the time they had accepted her, now that he’s back two leaders would appear weak.

Jason said that she needed to step down and he needed to step back in as the leader of the Corinthos crime family. General Hospital viewers will recall that Carly seemed to be okay with that although she has seemed that she has been enjoying the power that she has in the position. Obviously Mr. Novak was being two-faced when he accepted her as the leader, but waited till Jason was freed to make his move. That is why Jason was concerned that they appeared weak with Carly alone at the helm and would also appear week if both of them took the helm at the same time. That could be a sign of division among the ranks! Jason says the best thing would be for him to take over, with Carly basically having been a temporary “placeholder”. 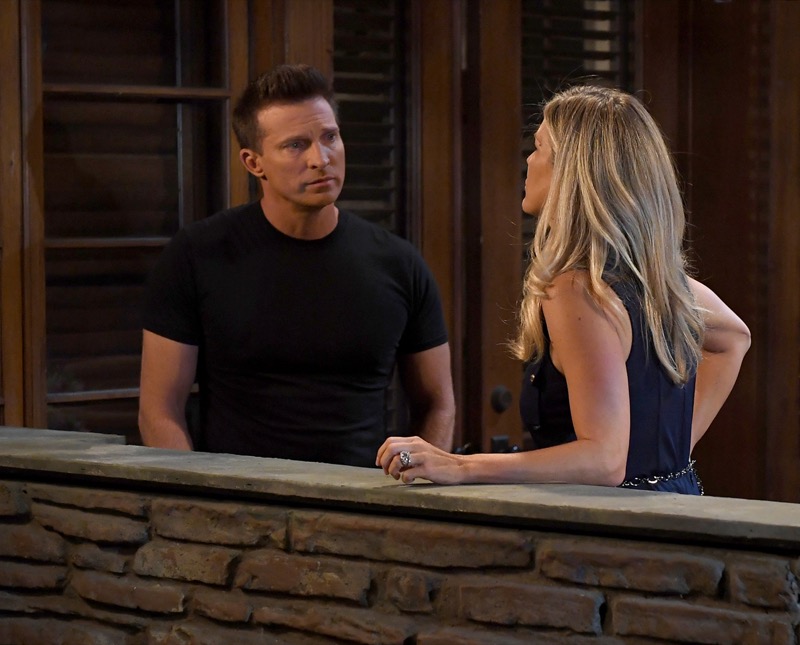 General Hospital viewers know that Carly often has objections and better ideas to just about anything, and she does with this situation as well. General Hospital viewers know that Carly doesn’t like Jason cozying up with Britt Westbourne (Kelly Thiebaud)! Carly almost appears to be jealous, even though she and Jason are not in that kind of relationship and haven’t been for many, many years. Even then, it never went any farther than a one-night stand! Carly wants to retain her position of power where Sonny’s business is concerned, but at the same time wants to put the kibosh on anything Jason and Britt are getting into with each other romantically! 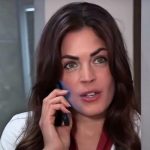 She asks Jason what about the other families? The Wu family has a female leader. Jason says that is because there is no one else available for the position and if a male Wu family member were to come into the picture, she would have to step down. General Hospital viewers will recall that the mob is like that – when Julian Jerome (William DeVry) had turned up alive after many years in witness protection, it was him who was considered the leader of the Jerome crime family, not Ava Jerome Cassadine (Maura West)! Carly has a better idea – even though Jason is recognized, he is still not a Corinthos.

Michael Corinthos (Chad Duell) is not in a position to step up and nor would he want to-Carly asks Jason would they appear stronger with him marrying into the Corinthos family. Jason says yes but asks what she means. She suggests that since Sonny is declared dead and Jason is divorced from Samantha McCall (Kelly Monaco) that the two of them get married! Jason admits she has a point – but although it would be a marriage of convenience as far as running the Corinthos crime family would be concerned, already deeply involved with Britt, for him it would be a marriage of inconvenience!