General Hospital spoilers tease that Bobbie Spencer (Jacklyn Zeman) will attempt to distract Ava Cassadine (Maura West) in an upcoming episode of General Hospital. Ava will get way too close to the safe house where Bobbie is taking care of Florence Grey (Annie Abbott)!

General Hospital Spoilers – Might Florence Grey Be In The Corinthos Cabin?

General Hospital viewers will remember that when Carly Corinthos (Laura Wright) had Damian Spinelli (Bradford Anderson) hack in a transfer for Florence to be transferred, Carly had her put in one of the Corinthos safe houses, with her mother Bobbie taking care of Florence. Carly didn’t even tell Jason Morgan (Steve Burton) exactly which one it was. However, it would seem that actually the hardest location for Cyrus Renault (Jeff Kober) to find would be the Corinthos cabin. It is way out in the woods and on the border of New York and Pennsylvania, quite a way from Port Charles. 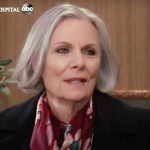 It is not so far that medical aid could not get there quickly, say a medical helicopter from the nearest hospital, but it is isolated enough that no one would ever guess someone was caring for an elderly patient. It would be quiet and peaceful, with sounds of nature, birds singing, crickets chirping, instead of traffic and hopefully not gunshots outside!

But the more Cyrus gets desperate to find his mother and get her back to Mountain Landing, the more possibilities there are for violence; he as much as admitted that he was responsible for the slaughter of the Novak crime family, who were trying to take over Sonny Corinthos’ (Maurice Benard) territory and move “something” through it. This was who Jason and Brick (Stephen A. Smith) found slaughtered in a storage unit. However, there are a few non-Corinthoses who know of the cabin and where it is, and Ava is one of them!

General Hospital viewers will also remember that Ava had stayed at the Corinthos cabin before; she stayed there with Avery Corinthos-Jerome (Ava and Grace Scarola) for an overnight. Later, Nikolas Cassadine (Marcus Coloma) came by. This was the night Avery decided to explore the woods by herself and found Nelle Benson’s (Chloe Lanier) half-heart necklace! That time Ava was invited to stay there with Avery; this time, it may be something different that puts her near the cabin. Since there seems to be so much delay with getting Avery’s necklace back from Carly, maybe Avery will want to go out there to see if she can find another one like it! 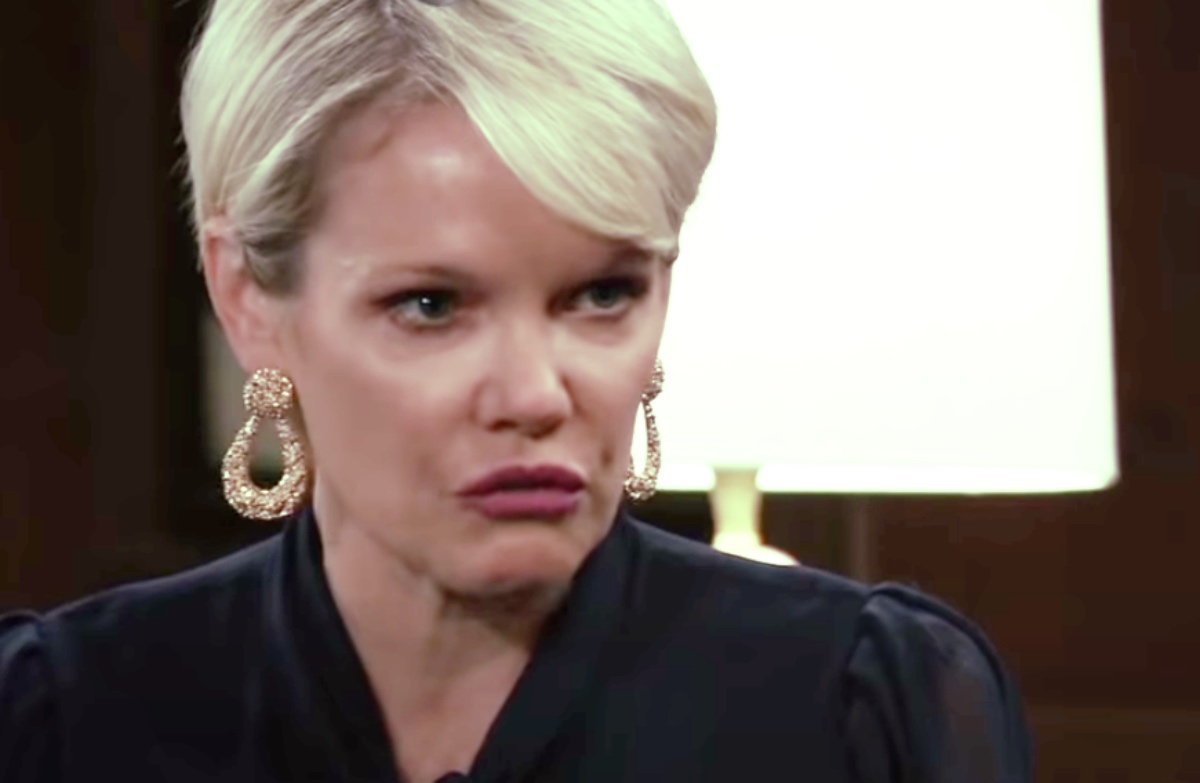 However, Ava would assure Avery that would be quite unlikely. But with all Ava has dealt with lately – her brother’s death and taking care of his finalities, after failing to convince him to leave town and run – she may just need a little rest and relaxation. Considering that she is not on the best terms with Carly right now, since she and Nikolas took Avery with them upon Sonny’s presumed death, Ava may figure she can break into the cabin – or, she may have even gotten a copy of the key made, just in case!

However, Bobbie will see her coming! Bobbie will head Ava’s way and she will do her best to distract her. This will raise Ava’s suspicions about what is going on in the cabin, however, and she may be even more insistent. Bobbie might just say that she’s staying there right now, and try to shoo Ava off and tell her she’ll let her know when she is done with her stay! Ava will want to know what is going on inside though and Bobbie will continue to try to distract her away from the cabin! She might have to contact Carly to have another transfer done if she can’t get nosy Ava away from there!