General Hospital star Jane Elliot who plays Tracy Quartermaine on the popular Daytime Soap is celebrating a birthday today. (January 17, 2020). In celebration of her birthday, we decided to compose 5 things you need to know about Jane.

Enjoy the list and make sure to head over to twitter, RIGHT HERE and wish Jane a very Happy Birthday! 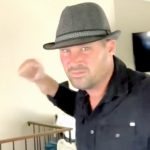 Jane is a daytime tour de force having made her daytime debut in 1965 in the ABC soap A Flame in the Wind. Later she guest starred on The Mod Squad, Kojak, Barnaby Jones and Police Woman. Her film credits include Change of Habit and One Is a Lonely Number.

3. Jane is best known for her role as cantankerous Tracy Quartermaine on General Hospital. She debuted in 1978 and one was in one of daytime’s most notorious scenes in which Tracy refused her father’s heart medication to him when he faked a heart attack. She left in 1980 and won the Daytime Emmy Award for Outstanding Supporting Actress in a Drama Series for the role in 1981.

Ironically her character had an affair with Justin Kiriakis (Wally Kurth) and Kurth plays her son on GH!
Jane went on to appear in the films Some Kind of Wonderful and Baby Boom. She returned to General Hospital in 1989, and in 1991 Kurth was cast as Tracy’s son, Ned Ashton.

Jane came back to the fictional town of Port Charles, NY in 2003 and was once again made a regular cast member. Then in 2014 she was once again nominated for a second Daytime Emmy Award for Outstanding Supporting Actress in a Drama Series. Jane would go on to announce her retirement in 2017 but was back in 2019. She is currently on the canvas as Tracy who is up to her usual shenanigans!