General Hospital spoilers reveal that if Mikey Jerome seemed familiar to you recently as Eddie, the man who rescued Sonny Corinthos (Maurice Benard) from what surely would have been death by hypothermia, there’s a good reason for that! He is a One Life to Live alum. Jerome won the reality series I Wanna Be a Soap Star, Season 3. He then garnered a role on One Life to Live as Ted Osbourne making several appearances in 2006. The hunky actor now has a favor to ask of GH fans.

Jerome shared on Insta, “I was just on General Hospital on ABC today. If you can send messages to the Instagram site above. Or email General Hospital at ABC. Loved Eddie character or something like that. It could really help my chances of a return.”

In case you missed his appearance, Jerome’s character Eddie was the one who found Sonny face down in the snow without a jacket and seemingly dry as a bone—go figure!

Sonny had just had a ghostly visit from Mike Corbin (Max Gail) who urged his boy to fight, fight son! 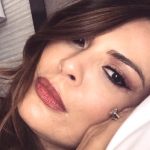 General Hospital spoilers: What Happens Next for Sonny Corinthos?

Jerome’s fans were enthusiastic about the thought of him returning to daytime with one writing, “Need more Eddie. I feel like him being in the middle of the snowy woods needs to be explained. Plus, seems like a perfect new guy for the model in recovery.” That would be Sasha Gilmore (Sofia Mattsson) who also seems to have her eye on Brando Corbin (Johnny Wactor).

Anohter fan noted, “Lol that shouldn’t be hard seeing some comments on their ig already! 👍🏻 you definitely stood out!, finally a guest actor that seemed naturally good at their role 🙂 #thatcopwasadouche.”

Due to Eddie’s heroic efforts, Sonny is safe and warm and eating well in an undisclosed hospital room. Miracle of miracles, he is being tended to by the same nurse who tended to Port Charles’ Nina Reeves (Cynthia Watros) while she was in a coma.

The nurse told Sonny to look at his watch for an inscription and it said ‘Mike’ which was Sonny’s dad as well as Sonny’s given name. So now Sonny is Mike and he has a vague recollection of Port Charles. Stay tuned fans, this story is just heating up!