ABC General Hospital spoilers tease that there is good news to report career-wise for a former star. Alum T.K. Weaver, who played Danny Morgan on the ABC sudser from 2016 to 2019, has been cast in The Tragedy of Macbeth.  The movie is in post-production and is slated to premiere in 2021.

The movie is based on Shakespeare’s play and it features a Scottish lord who comes to believe that he will become the next King of Scotland. He has been told this by a trio of witches and no doubt wants to believe the awesome news!

Weaver will play the role of Apparition Boy and he is in good company as A-list stars Denzel Washington, Frances McDormand, and Brendan Gleeson are also in the movie. 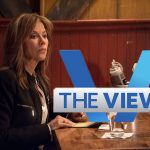 General Hospital spoilers – Danny Morgan has had an adventurous life

The role was first portrayed in 2012 and a series of twins took on the role until Weaver stepped into it four years later when he debuted in 2016. He was last seen in 2019 when the role was recast with Porter Fasullo.

Danny was born when Sam went into labor in a motel room during a storm that kept her from getting to the hospital. She thought she was having Braxton-Hicks but then her water broke and she ended up giving birth to a baby boy in the motel. Sam noticed the baby had some breathing problems and she tried to find a way to the hospital. Unfortunately, Danny became a part of a baby switch plot that involved Sam and Jason arriving at the hospital with a stillborn child. Sam admitted she was going to name the baby Jason even though they believed Jason was not the baby’s biological father.

Another couple had Danny and when he turned out to have a rare disease, questions began to be asked. Eventually, it was shown that the original paternity tests were switched and in the end, it was learned that Jason is the father of Sam’s baby. 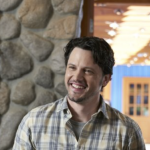 General Hospital spoilers – Danny is not seen too often these days

Viewers don’t often see Danny although he is referenced by his mom and dad. Right now the family unit is a bit tense as Sam has loaned her kids’ ELQ shares to Valentine Cassadine (James Patrick Stuart) who has gone and caused havoc with his newfound power. Can JaSam survive their latest drama? Be sure to tune in and find out!