General Hospital (GH) spoilers tease that once again, Maxie Jones (Kirsten Storms) will visit Nathan West’s (Ryan Paevey) grave for advice from beyond in an upcoming episode of General Hospital!

General Hospital viewers will recall that Maxie’s plan, that she had discussed with Britt Westbourne (Kelly Thiebaud) in previous General Hospital episodes, was to pretend her baby died and then have someone else care for her. Maxie doesn’t appear to have wavered in her determination to keep Peter August (Wes Ramsey) away, but he has gotten much harder to keep away. Maxie made a lot of sense when she told Britt she thought it would be safer to let Peter down easy, so to speak, but she can’t hide in a hospital bed forever! 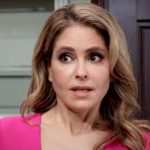 Little did she know that when they were plotting and planning in the hospital room, Peter had been tied up in a chair in Anna Devane’s (Finola Hughes) basement with Valentin Cassadine (James Patrick Stuart) trying to threaten some sense into him! Maxie knows all about the crimes that Peter committed, and yet she doesn’t know if it is right to totally keep him from his own child.

But then on the other hand he has never caused any harm to James West (Owen and Curtis Rufka) while they were living together, and never any harm to Georgie Spinelli (Lily Fisher) either. But Maxie does know that Peter has evil within him and remembers he was perfectly willing to take her away with him when she was having Braxton-Hicks contractions and her blood pressure was too high when their wedding blew up in their face! That doesn’t show a lot of concern, it shows plenty of obsession!

General Hospital viewers will remember that Nathan was a detective – he was formerly Dante Falconeri’s (Dominic Zamprogna) partner. Now Maxie may be playing a dangerous game, acting, in a way, like a double agent or a cop undercover. She is trying to keep Peter placated while keeping him at arm’s length until she goes into labor, when she can put her plan into motion. She had planned to let Damian Spinelli (Bradford Anderson) take baby Louise August (unborn character) when she was born, but Britt made a lot of sense when she said that was a bad plan. 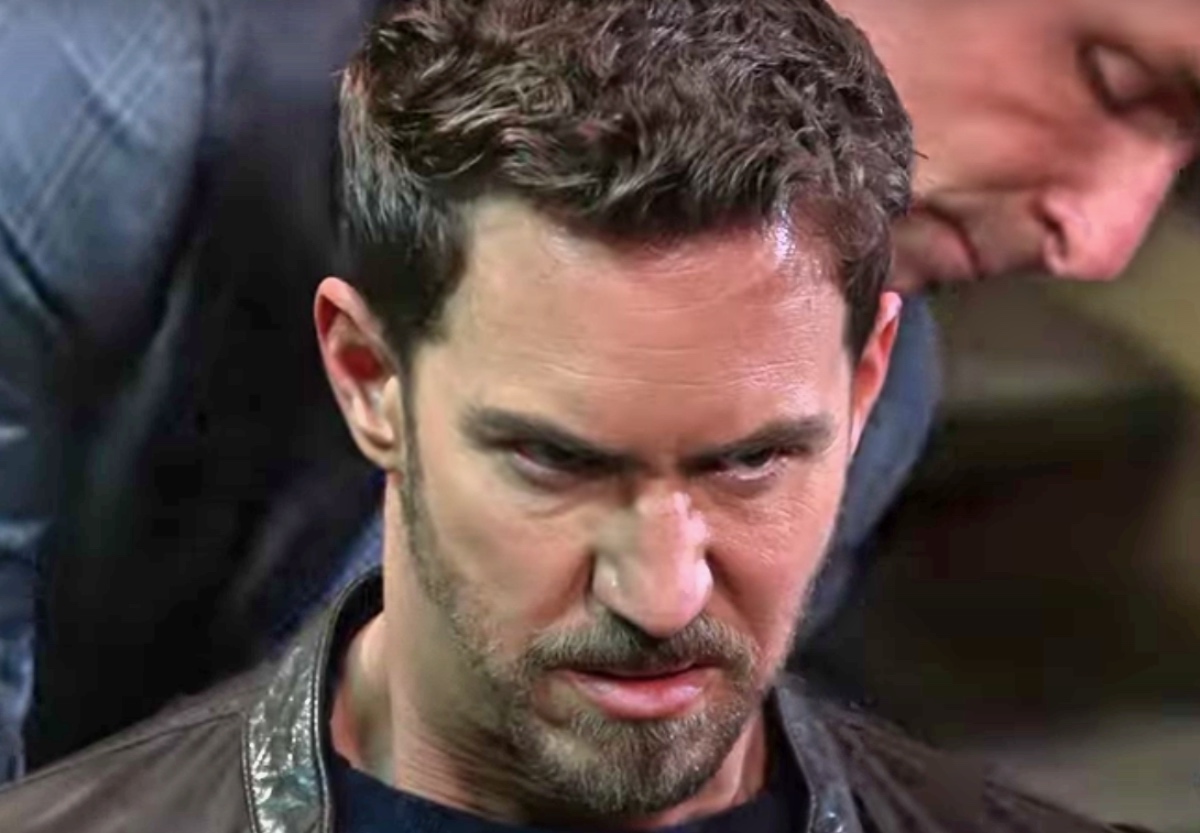 Peter certainly would look for the baby with someone who Maxie would trust to take care of her. Maxie asks for advice and a sign for above that her plan is the right thing and also that she is going about it the right way. Maxie is cautious, however. She talks to Nathan in her heart – the last thing she would need would be Peter walking up again, like happened the last time! She remembers the times that her own mother was running from a stalker – although Ryan Chamberlain (Jon Lindstrom) would never hurt a child either.

She remembers the tale of her sister Georgie Jones (Lindze Letherman) being kidnapped by Ryan and Kevin Collins, (Jon Lindstrom) her parents Mac and Felicia Scorpio (John J. York, Kristina Wagner) and others tracking him to an amusement park in Canada where they rescued Georgie, but Ryan faked his own death! She admits to Nathan she wonders if Peter might do something similar only to return when least expected!