General Hospital (GH) spoilers and updates reveal the portrayer of Dr. Terry Randolph in GH, actress Cassandra James, will be starring in an upcoming Christmas movie as the character Zoe.

She will star in the project titled “A Christmas Sunset” written and directed by TC De Witt and James Burzelic. The story will revolve around five friends who got together for a holiday dinner after a friend who linked them all together passed away two years ago. That friend had left behind his journal, which will challenge all their relationships on that one evening.

The star holds the record as the first transgender woman portraying a transgender role in a soap opera in 2018. Her role as Dr. Terry is the lifelong oncologist of Elizabeth’s (Rebecca Herbst) in “General Hospital”. It is also her first recurring role. The trans actress once expressed her gratitude for the soap in welcoming stories such as hers.

Her IMDb personal quote says: “This is my first recurring role, so it’s a really big and exciting step in my career. And I can’t help but think about the trans community and the impact that these kinds of roles have on the narrative that’s being told about our community. I was just really excited that a trans woman was going to be portrayed on such a long-running show.”

The trans star has been living loud and proud in hopes that her marking history in the soap opera will open more opportunities for other transpeople.

In an interview with Vancouver Sun in 2018, the actress said it was “time for the rest of Hollywood to catch up” following GH’s major television progress.

James told the outlet: “Film and TV reflects culture, it reflects the world that we live in. And if it’s not doing so accurately in terms of representation, then we have a problem. I’m happy to be changing that.” 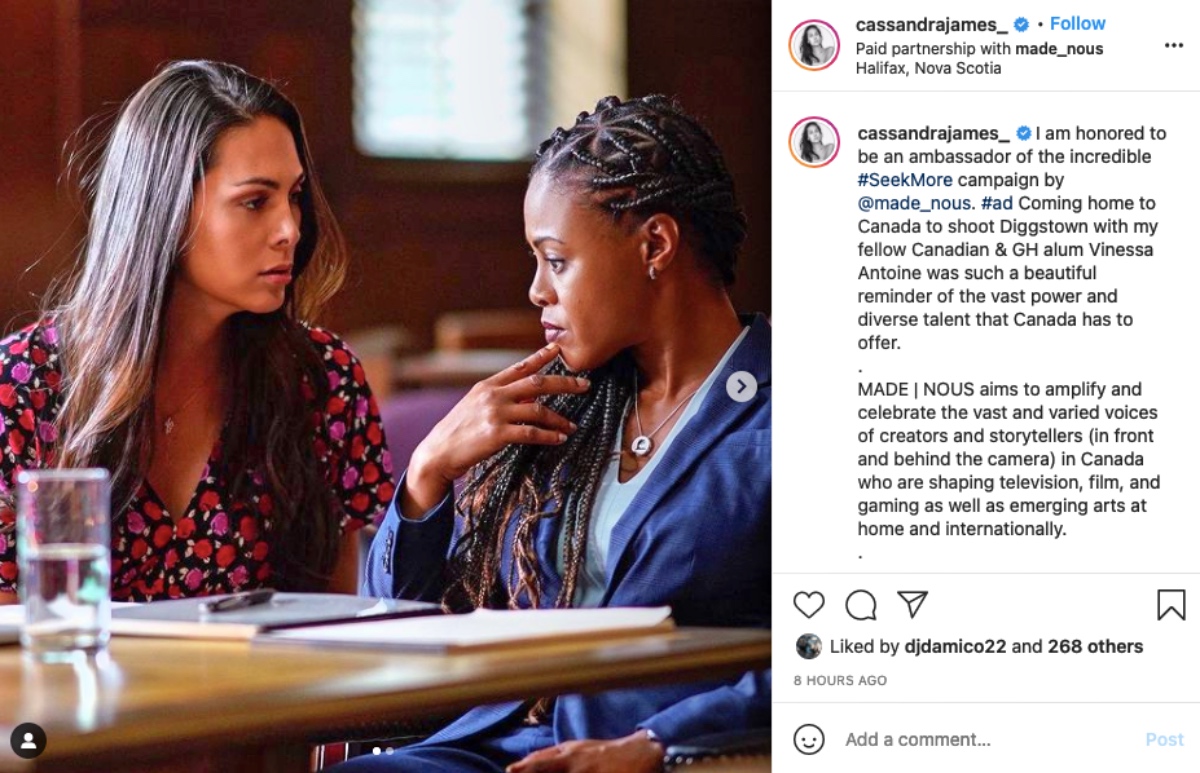 The actress shared a message through GH’s social media accounts on March 31 in celebration of the International Trans Day of Visibility. The celebration aims to bring awareness to the challenges and discriminations the transgender experience in the community.

“I continue to be deeply honored by #GeneralHospital and @ABCNetwork‘s commitment to telling trans stories. Our visibility matters now, more than ever,” James said.

GH also defined Jame’s role as Dr. Terry as a beacon of hope in Port Charles. “on this #TransDayOfVisibility the entire cast and crew of #GH is honored to call @cassandrajames_ a member of our family,” GH posted on Twitter.