ABC General Hospital spoilers say that actor Dominic Zamprogna (Dante Falconeri) knows there is no place like home. And by that of course, he means Port Charles. The actor recently returned to the set of General Hospital and admits that it feels great to be back, and for a very good reason, too. Here’s what he has to say.

General Hospital Spoilers: Dom Zamprogna Knows There Is No Place Like Home

Speaking to Soap Opera Digest in a new interview, the handsome actor says that his first day back on the set of the show was a great one, despite all of the recent changes that have been made with the new CDC and social distancing guidelines. While things aren’t the same as they were before the global pandemic that has been the coronavirus, Dom says that he’s incredibly happy and grateful to be back at his home away from home.

Dom says that he was also quite exciting to find out that General Hospital Executive Producer Frank Valentini would be directing his first scenes. He said, “I was really relieved and happy about that because Frank’s a great director and we are always on the same page as far as where we see a scene going. And when we are not, we still are because he’s the boss!” 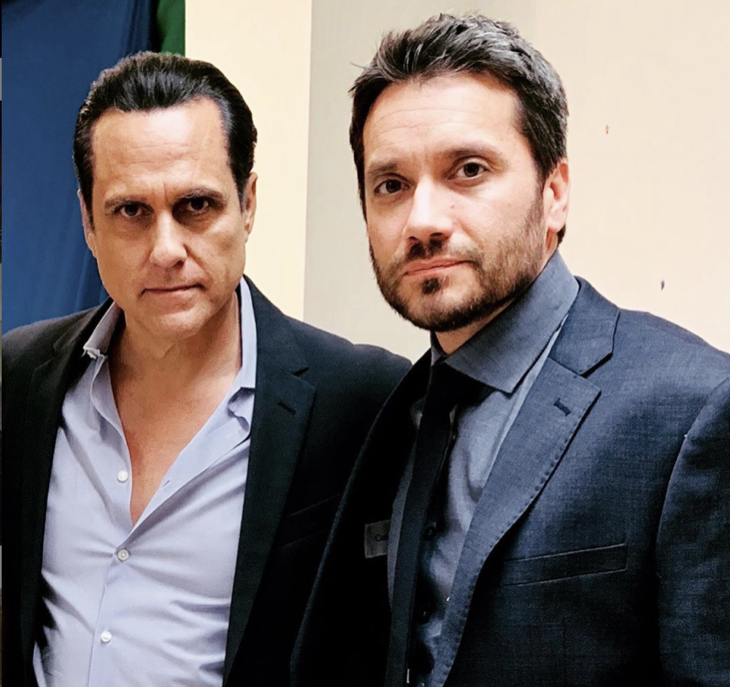 The actor added, “But he knows the show inside and out, and what’s going to work and what’s not, which gives you confidence as an actor. And being my first scenes back it just felt fitting to have him at the help. In general, being back was extremely emotional. I was tearing up a bit at seeing my old friends. These are the same people that you have been within the trenches day in and day out, gone golfing with, had after drinks and dinner with, supported. Frank announced to the crew that I was back and thankfully they gave me a nice warm welcome.”

With that said, the fans have also welcomed him back as well and have shown their support to him on social media. General Hospital airs weekdays on the ABC network. Check your local listings for times. Be sure to catch up on everything happening with General Hospital now. Come back here often for all the latest General Hospital spoilers, news, and updates.