ABC General Hospital’s Lulu Spencer (Emme Rylan) does not have much luck with criminal investigations. As a matter of fact, every time she gets in the middle of an investigation, someone gets killed. Can Dante protect Lulu against a drug runner like Cyrus Renault (Jeff Kober) and Peter August (Wes Ramsey), his likely partner in crime?

General Hospital’s Peter often gives Lulu reign on stories she wants to do. However, Peter always retains some control so he can manipulate the situation. If Peter is connected to Cyrus, Peter isn’t likely to make the cops or anyone else messing around. Peter will probably try to throw false information Lulu’s way to keep her off Cyrus’ tracks. After all, Peter cannot have his connection to organized crime exposed. Will Lulu discover a connection between Peter and Cyrus? Could Lulu discover a connection to Holly Sutton (Emma Samms)?

General Hospital’s Cyrus proved when he kidnapped T.J. Ashford (Tajh Bellow) that he doesn’t care anything about kids either. T.J. might not be a young child, but he is Jordan Ashford’s (Brianna Nicole Henry) son. T.J. is innocent. Would Cyrus hurt Lulu’s child as well? What if Dustin Phillips, who is living with Lulu, is working for Cyrus and kidnaps on of Lulu’s children for Cyrus. Could Dante’s mission become protecting his wife and children? 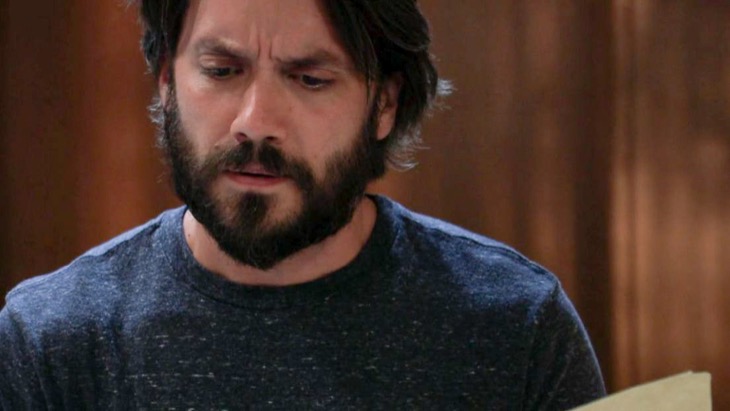 General Hospital’s Dante walked out on Lulu and their children. Lulu may have promised to wait for him forever, she has moved on with someone new and they are living in Dante’s old house. Dustin has essentially taken over Dante’s life. Dustin has also saved several people in town from being murdered by Cyrus’ men but that could have all been a set up as well.

Dustin may not be the good buy that everyone thinks Cyrus is a very dangerous man and so is Peter. However, Lulu is not going to just drop Dustin because Dante has come back to town. Since Dante divorced her, Lulu isn’t likely to want anything to do with Dante at all. How will Dante protect the woman who doesn’t want him around? Will Dante have to try to protect Lulu from afar?

Perhaps the writers have taken a page out of a romance novel and Dante will kidnap Lulu, and take her to one of Sonny Corinthos’ (Maurice Benard) safehouses for protection. Could Dante and Lulu reunite while he is trying to protect her from both Peter and Cyrus? Do Dante and Lulu have a future together?