General Hospital viewers can expect that when she digs into it further, Laura will find the circumstances surrounding the cable car accident in Austria suspicious, and with very good reason, considering Victor is “back from the dead”! General Hospital viewers know that Laura is very well acquainted with the machinations and schemes of Victor Cassadine, having lived in the castle on Cassadine Island while she was held hostage for several years! Longtime viewers will remember that is where Nikolas Cassadine, (Marcus Coloma) her firstborn was conceived, likely by force with Stavros Cassadine (Robert Kelker-Kelly) and if it hadn’t been for Stefan Cassadine’s (Stephen Nichols) protection, things could have been worse! Laura knows more recently Victor had been responsible for Drew Cain’s (Cameron Mathison) kidnapping, and that his “plane crash” was fabricated, and she suspects something similar with Luke’s “cable car accident”. 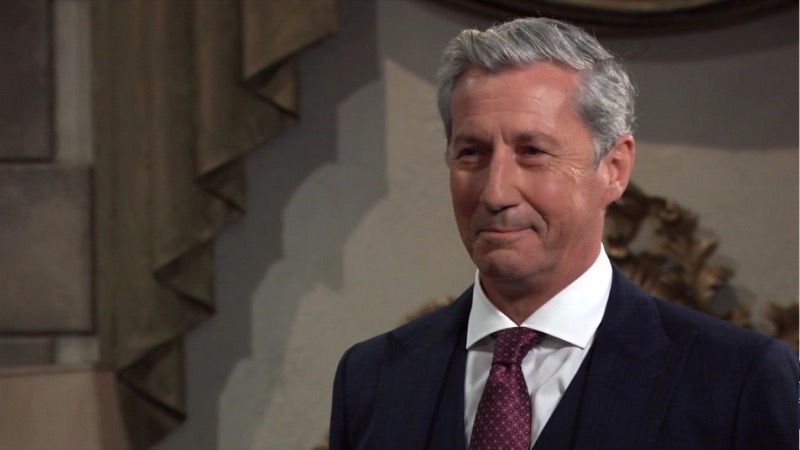 General Hospital viewers can expect that since Laura wants to talk about her suspicions that Victor is behind the presumed death of Luke, she’ll invite extended family to the meeting – possibly excluding Nikolas. General Hospital viewers will recall that Laura knows about the involvement of Victor having been a key part of Nikolas’ survival and his continued faking of his death for several years, and she can’t totally trust her son! Nikolas had offered to track down Ethan Sutton (Nathan Parsons) who is Luke’s son with Holly Sutton Scorpio (Emma Samms) but nothing had come of it so far, at least not that Nikolas has divulged. But Laura does invite Robert Scorpio, (Tristan Rogers) Anna Devane, (Finola Hughes), and Valentin Cassadine (James Patrick Stuart) since Anna is vouching for Valentin’s trustworthiness, and she thinks Valentin might be able to get some intel out of Victor.

Laura Collins Puts Forth Her Theories

General Hospital viewers also might see Laura contact Cyrus Renault (Jeff Kober) to get more details on Cyrus’ claims that he didn’t call the hit on her and Martin Grey (Michael E. Knight) at the safe house. General Hospital viewers can expect that she would want to know if Cyrus knows who did call the hit, or if he has any suspicions concerning the identity of the person behind it ahead of her family meeting. Martin is part of her family, so he may be included in the meeting as well, in addition to her husband Dr. Kevin Collins (Jon Lindstrom) of course, and Bobbie Spencer (Jacklyn Zeman) if she’s up to it. Laura may have Lucky Spencer (Jonathan Jackson) on speaker if she thinks his inclusion is important, and she’s undoubtedly warned him to watch his back as well as Ethan if she’s been able to contact him. When everyone is present either in person or on speaker over the phone, she’ll share her theories.