Liesl, as a former Chief of Staff at General Hospital, doesn’t like this outsider Cyrus taking over the hospital. Even though Liesl has had her past squabbles with some of the General Hospital higher-ups, especially those who demoted her from Chief Of Staff to a file clerk and then fired her, she doesn’t like Cyrus and what he is doing to GH. She doesn’t like her daughter Britta, the current Chief Of Staff being run roughshod by Cyrus either, whom she considers a mere bug to be squashed underneath her feet!

Liesl really has no room to complain since she is not actually an employee of the hospital anymore, but then neither is her predecessor Monica Quartermaine (Leslie Charleson) and she understands that Nurse Bobbie Spencer (Jacklyn Zeman) was let go too, as well as many personnel having their hours cut drastically. Liesl is glad Monica is gone which made room for Britt, but she doesn’t like Cyrus and she doesn’t like that Britt has to answer to him.

She thinks she can solve the problem that is Cyrus Renault pretty quickly, but Britt begs her just to stay out of it and to stay away from him! Britt tells her about all the overdoses that have happened in Port Charles since Cyrus hit town, and that she is pretty sure that her friend Brad Cooper (Parry Shen) was attacked in Pentonville Prison as well as Ryan Chamberlain (Jon Lindstrom) at Cyrus Renault’s command! No one is safe!

General Hospital Spoilers – Liesl Obrecht Is Not Dissuaded, And Britt Westbourne Is Worried She’ll Get Herself Killed

Liesl, however, is not easily dissuaded by Britt’s histrionics over Cyrus! She thinks she handled Peter August (Wes Ramsey) quite well, and easily, when she knocked him out with a heavy vase in his Metro Court suite and dragged him into her car, unconscious all the way to a remote cabin in the woods! There she tied him up and tortured him for several weeks! Liesl is thinking the same type of fate would befit Cyrus! 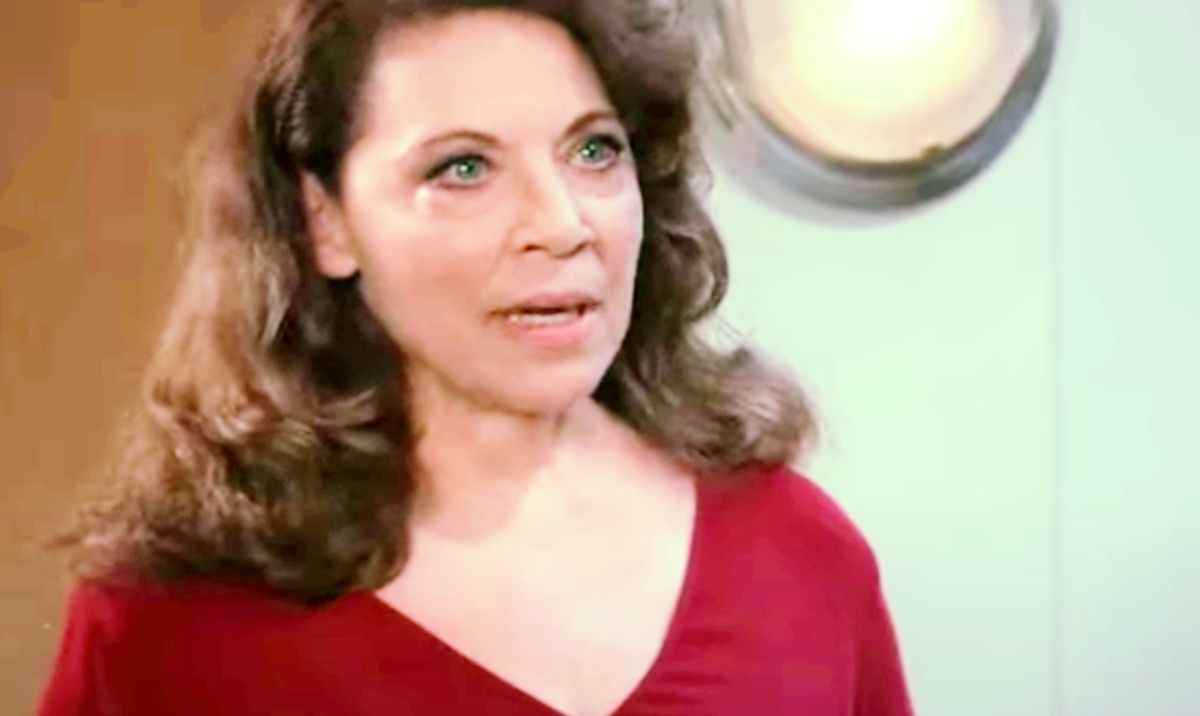 Peter’s a big guy, and she didn’t need any help! Britt reminds her that Peter didn’t have henchmen everywhere keeping an eye on everything and everybody. Jason Morgan (Steve Burton) told her about the coordinated attacks on the coffee warehouse, the bar in Bensonhust where he, Sonny Corinthos (Maurice Benard) and Mike Corbin (Max Gail) and a third attack on the pier in Port Charles where Michael Corinthos (Chad Duell) was targeted, and Laura Collins (Genie Francis) was shot! Josslyn Jacks (Eden McCoy) was with them and also in danger – and that was when Cyrus was still in prison!

Britt continues to educate her mother on what Jason has educated her about concerning how dangerous Cyrus is in spite of his genteel facade. She can only hope that she has made some sense to Liesl and that she will not try to come up against Cyrus Renault!