General Hospital Spoilers – Peter August May Have Figured Out That Alex Marick Was His Mother, But Claims Anna Devane

General Hospital viewers will remember that when Alex came to Port Charles several months ago, she was a naughty lass indeed, shooting Dr. Hamilton Finn, (Michael Easton) kidnapping Maxie Jones (Kirsten Storms) and nearly blowing her twin Anna and Valentin Cassadine (James Patrick Stuart) up by stealing Anna’s electric pressure cooker and making a bomb out of it! During Alex’s time impersonating Anna, she got as close as she could to Peter before her kidnapping of Maxie, and talked about her grandchild, but Peter could tell his I Anna was not herself. 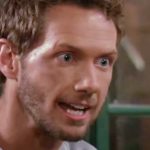 She made much of Peter “taking after her”. Peter has not divulged if he figured out Alex was his real mother, but then, as General Hospital viewers and Valentin found out when he confessed his many crimes to him beside his half-brother Nathan West’s (Ryan Paevey) grave, Peter doesn’t divulge a whole lot! Peter still claims Anna as his mother and relates to her that way, even after he was told that woman was Anna’s twin, Alex.

Considering she had kidnapped Maxie, it’s surprising he didn’t go after Alex and kill her himself, but as it turned out, Anna and Alex got in a gun battle on The Haunted Star, and in a manner similar to how Shiloh Archer (Coby Ryan McLaughlin) died, she fell into the water with a fatal wound and is presumed to have drowned. Off screen, Dimitri must have been notified, and apparently is handling Alex’s estate even though they were previously or at least separated when Robert Scorpio (Tristan Rogers) contacted him in March 2019. Dimitri had handed over records he had on Alex for Anna to review. 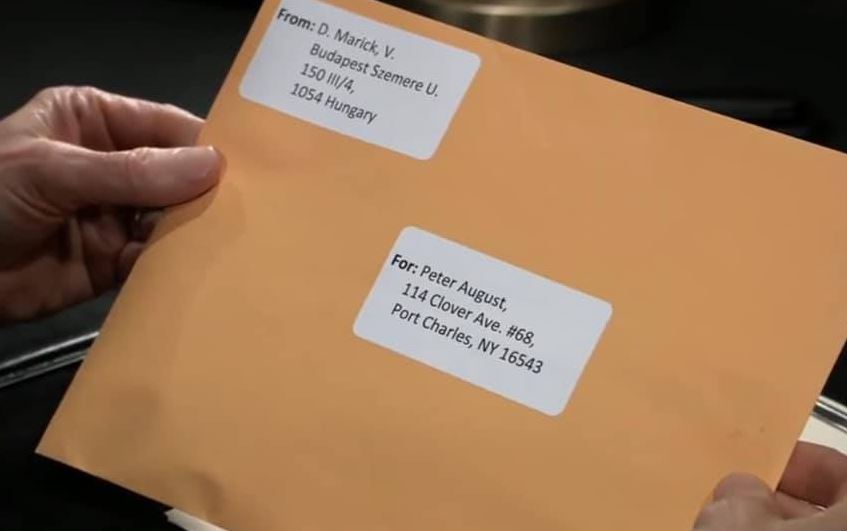 According to the General Hospital writers, long held secrets will be revealed across the board for many in Port Charles, by the end of the month foreshadowing that Port Charles will never be the same! Chances are, long-held secrets relating to Peter’s conception and birth will be on the flash drive put in the mail to Peter. If the flash drive had contained Anna’s or Alex’s transferred memories, Alex likely would not have put in her will for it to be mailed to Peter.

There will also be an unexpected twist for some in Port Charles, and this could also relate to Peter and his conception and birth. Alex wanted Peter to know who his real mother was, and she obviously recorded onto this flash drive before she died – possibly even before she went to Port Charles this time. Peter has been in Port Charles for several years now, and Alex has impersonated Anna three times since then so she had plenty of time to prepare the flash drive and put his address into her will. Likely, the flash drive will have Alex confirming that she is Peter’s real mother and possibly the reason she wanted to give him away when he was born; which would likely be because she was too busy being a spy and impersonating her sister!