General Hospital (GH) spoilers and updates tease that ever since Franco (ex-Roger Howarth) died and Chase (Josh Swickard) fell ill, Elizabeth (Rebecca Hearst) and Finn (Michael Easton) have been growing closer to each other, especially since they are partners-in-crime of Peter’s (Wes Ramsey) supposed death. There is potential that their blossoming companionship could turn into something more. However, it probably won’t be long before Hayden (Rebecca Budig) returns to Port Charles.

Finn has been there for Liz ever since Peter killed Franco. In return, Liz stood by Finn’s side when Chase became sick by drinking the poison that Peter planted for Finn to drink. Even when Finn took out his frustration on Elizabeth, she never abandoned him. She encouraged him to keep trying to come up with a cure for Chase’s illness without Peter’s help but also reminded him to take it easy and to spend some time with his daughter Violet (Jophielle Love). Speaking of Violet, Liz also came to Finn’s rescue by bringing Aiden’s (Jason David – Google) cupcakes for the softball team to eat in lieu of Finn’s boring healthy snacks. Most importantly, they are accomplices of Peter’s alleged death. Considering all they are going through together, it would not be a surprise if Finn and Liz suddenly developed feelings for each other and took their relationship to the next level.

Ever since Shawn (Sean Blakemore- General Hospital Blog) told Sam (Kelly Monaco) about him being falsely arrested for shooting Hayden, she has made it her purpose to locate Hayden and to find out who actually shot her. Sam, Shawn, and Finn even tried to talk to Hayden’s mother Naomi Dreyfus (Gigi Bermingham- Google), but she withheld information from them. 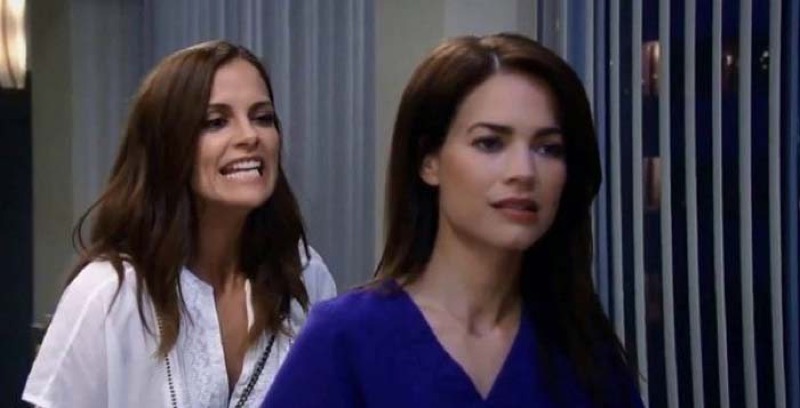 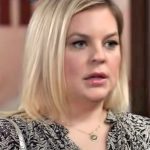 Hayden Barnes Could Be Coming Back, And She May Want To Get Back Together With Hamilton Finn

Spoilers from sources including Soap Opera Spy state that Hayden might come back to Port Charles. The last time we saw her, she was single and Finn was dating and living with Anna (Finola Hughes). Now that Anna is out of the picture, Hayden can pursue a relationship with Finn again. However, if Liz starts falling in love with Finn, Hayden’s actions will not sit well with her. Liz, Hayden, and Finn could end up in a love triangle, and the two sisters might go back to arguing with each other the way they did before they found out that they shared a father. Them arguing over Finn could result in pulling each other’s hair, shouting in front of their children and friends, copying each other’s Nurses’ Ball dresses (again) , and driving Finn and their loved ones insane. On the other hand, Finn might not be interested in starting a new relationship yet as he still needs time to heal from his break-up with Anna. That may not stop Liz and Hayden from being competitive, though.

Do you think Finn and Liz will develop feelings for each other? Or will he and Hayden get back together? Do you want to see a love triangle between the three of them? Do you want Finn back with Anna? Or do you think he is better off as single for now? Comment below! Watch GH weekdays on ABC!

Laurel Cherish Belanz graduated from Brooklyn College with a BFA in Creative Writing. Recently, she completed the COOP Digital Marketing Apprenticeship where she learned skills such as VLOOKUP, Google Analytics, and Resume Writing. Currently, she is working as a Cashier at Stop & Shop. Ever since she was 12, Laurel has been inspired by one of her favorite authors Barbara Park to become an author herself. Aside from writing and blogging, her hobbies and interests are singing/karaoke, acting, modeling, entrepreneurship, playing mobile games such as Episode and Choices, watching videos by famous YouTubers such as Dhar Mann and SSSniperwolf, and watching General Hospital.