ABC General Hospital spoilers reveal that congratulations are in order for Ashley Jones who turns 44 years young today! Jones played Parker Forsyth at General Hospital although we haven’t seen her in quite a while. Might that change now that her ex’s mom has just endured a terrible tragedy? Maybe Parker will appear to give her condolences to Kristina Corinthos (Lexi Ainsworth) after her mom Alexis Davis (Nancy Lee Grahn) lost her boyfriend?

Long before her GH stint, Jones was on The Young and the Restless as Megan Dennison, a role for which she was nominated twice for a Daytime Emmy Award.She was also Bridget Forrester on The Bold and the Beautiful. 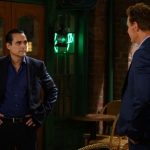 Jones is a native of Tennessee and her father is a minister. She filmed her first commercial at the tender age of five and when she was nine, she appeared in several theatre productions in Houston including The Women, Ah, Wilderness!, and Brighton Beach Memoirs.

In addition to her daytime roles, Jones has appeared on True Blood, several Lifetime movies and in 2016, news broke that she would be joining General Hospital. 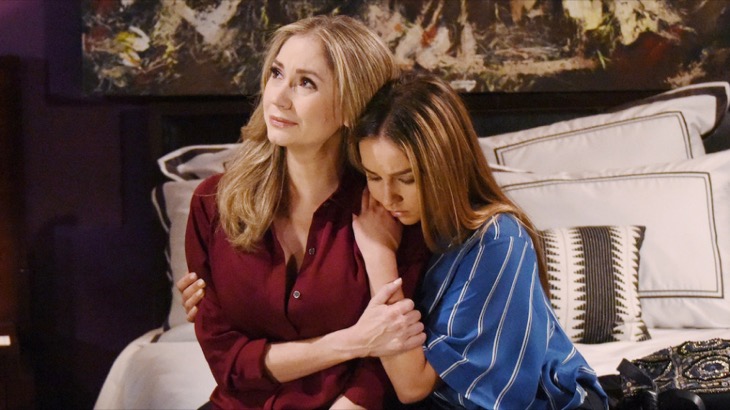 Now might be a perfect time for Parker Forsyth to return to Port Charles. She was involved with Kristina Corinthos but her mom was dead set against the couple’s union. In fact, Alexis was quite vocal about her objections and took the time to tell Parker in no uncertain terms.

Right now Alexis is at a definite crossroads. While Parker, on the surface, might be the last person she would want to see right now, stranger things have happened.

Alexis’ buddy Neil Byrne (Joe Flanigan) died in her bed after they were reunited. This should bring home the point to Alexis that life is short and people who have found happiness with others should not let go of that connection.

Given her current circumstances, might Alexis realize she was harsh with Kristina and Parker and now be willing to give them her blessing? They are old enough not to need her approval, but perhaps she might want to at least apologize for hating on them when they were happy together?

Tell us what you think GH fans, are you ready for Ashley Jones to return to GH as Parker Forsyth? Let us know what you think about this! Be sure to catch up on everything happening with GH right now. Come back here often for General Hospital spoilers, news, and updates.