General Hospital spoilers tease that in Port Charles, NY Jason Morgan (Steve Burton) will have difficulty reconnecting with Sonny Corinthos (Maurice Benard) in an upcoming episode of GH! Where is Sonny?

Sonny And Jason Had Been Dealing With Julian Jerome, Then Back To Business Taking Down Cyrus Renault

General Hospital viewers will recall that Sonny and Jason had been dealing with Julian Jerome (William DeVry). Sonny had threatened to kill Julian if he didn’t go to the police and confess what he knew about Cyrus Renault (Jeff Kober). Julian didn’t seem inclined to, even though Sonny was actually giving him a chance to live! Julian could have gotten into witness protection again! But before any meeting of the minds could take place, suddenly a shot rang out – and it wasn’t from either Sonny or Jason! Julian hit the ground, but survived, because he was gone after Sonny and Jason looked for the shooter!

It could be assumed that the shooter was after Julian, possibly one of Cyrus’ henchmen. But the same henchmen are probably after Sonny and Jason too! This took place in New York City where Julian had been tracked to an apartment building where Dr. Kim Nero (Tamara Braun) had moved in with a baby boy who is likely Julian’s. Earlier, they had visited the same bar where last year they had stopped with Mike Corbin (Max Gail).

This was when Sonny hoped to get him into an Alzheimers’ trial to prolong his life, but while they were at the bar they came under attack! This was a coordinated attack, because attacks took place at Sonny’s warehouse and down on the docks as well, and Michael Corinthos (Chad Duell) had been targeted. Now that Julian is no longer in the picture, they can go back to Port Charles and continue their plan to take down Cyrus! 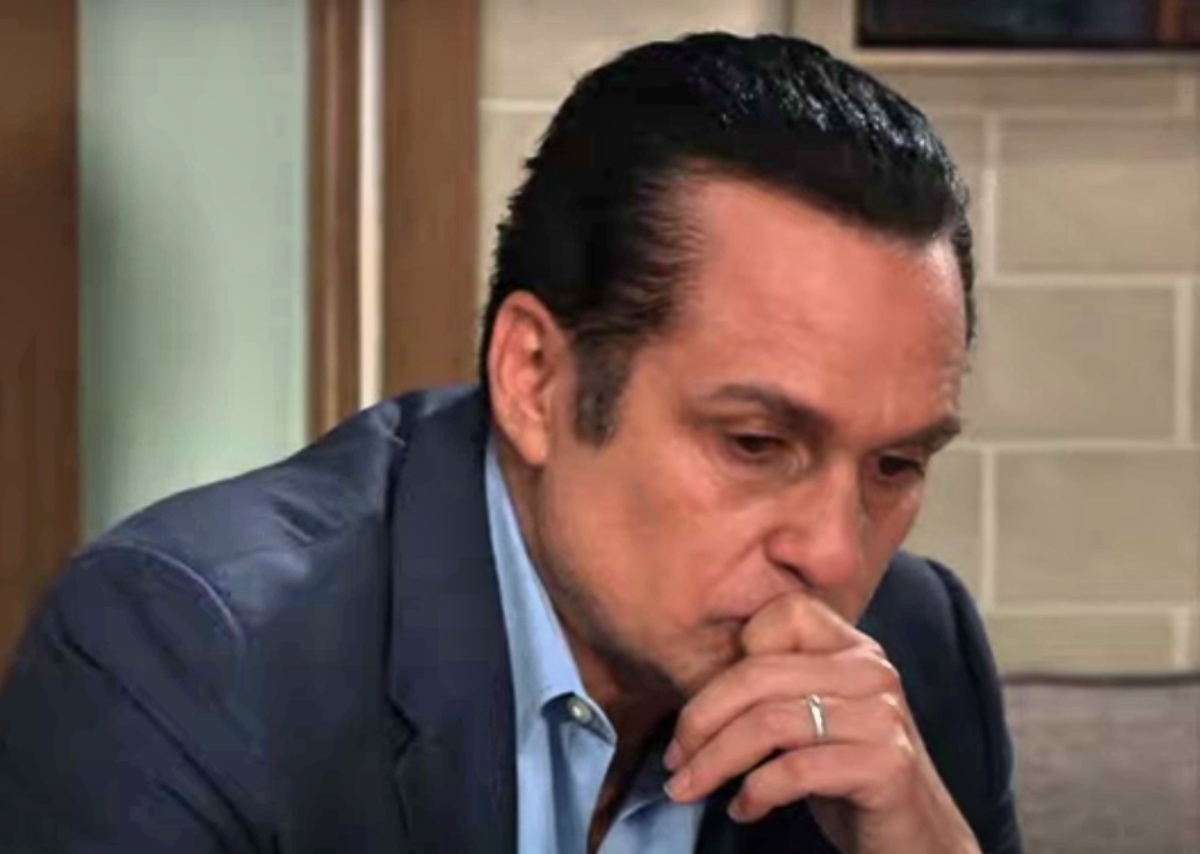 Jason And Sonny Split Up After Returning To Port Charles, Jason Has Trouble Reconnecting With Him!

Jason and Sonny split up after returning to Port Charles. Jason has trouble reconnecting with him! He doesn’t answer his cell phone and this is very unusual for Sonny. Jason doesn’t want to worry Carly Corinthos (Laura Wright) just yet. He may say something to Dante Falconeri (Dominic Zamprogna) about it but he will probably wait to say anything to him as well, since he has all he can handle with Lulu Spencer’s (Emme Rylan) situation. He will drop by, say hello, and realize Sonny’s not home. He’ll go by Volvonino’s Gym and Polluzo’s Italian Restaurant, two of Sonny’s side businesses.

No one has seen him there either, nor at the Corinthos Coffee warehouse. Jason plays it cool, not wanting to raise a panic or any suspicions that Sonny may have met with a dire fate. Cyrus has broken their truce by giving Sasha Gilmore (Sofia Mattsson) drugs that almost killed her, they knew that from Brando Corbin (Johnny Wactor) who is working undercover as Cyrus’ driver. Jason will grow very concerned about Sonny, and more than likely will ask Brick (Stephen A. Smith) to put feelers out. He may touch base with Brando as well, although Brando would have contacted him if he heard of any danger Sonny could be in!