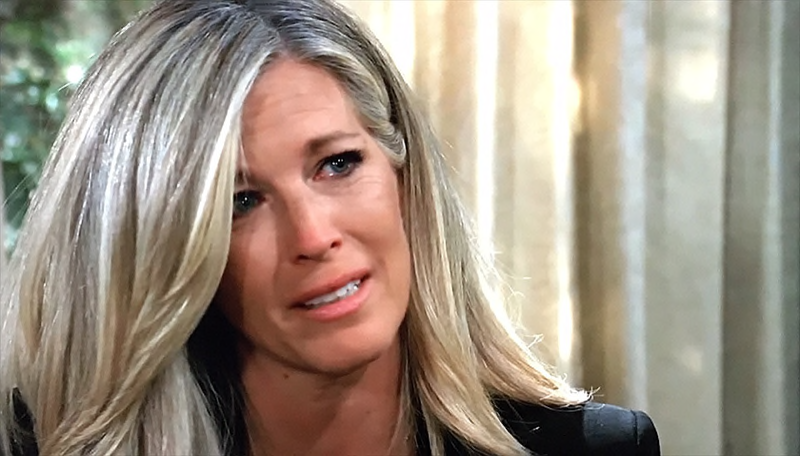 General Hospital (GH) spoilers for the next two weeks, September 12-23 tease Carly Corinthos (Laura Wright) will have a flight-related emergency, and Port Charles will remember one of their own. Also, Elizabeth Baldwin (Rebecca Herbst) will remember clues from her past.

The week of September 12, Cody Bell (Josh Kelly) meets with Selina Wu (Lydia Look) to discuss a proposition, but before he arrives, Curtis Ashford (Donnell Turner) sees Selina. Curtis will wonder who she is there to meet, because it is obvious she’s waiting at the bar in The Savoy for someone. Curtis will worry it’s a shady mob business meeting and since he gave her an inch with letting her run her poker game there, she’s taking a mile.

Prior to Cody calling Selina to set up this meeting, he’d been in a quandary over why Mac Scorpio (John J. York) was asking so many questions. Perhaps he thinks Selina can find some answers about his past.

Curtis is having enough problems in his personal life without having to wonder what Selina’s up to. His Auntie Stella Henry (Verneé Watson) remembered that she never mailed Jordan Ashford’s (Tanisha Harper) divorce papers like she meant to. Stella has a valid reason; she passed out from a stroke at Kelly’s, but the papers fell out of her purse and were soaked with spilled coffee, and were thrown away. Stella hadn’t intended to mail them but thought better of it, but then she stroked out and forgot; she explains to Jordan. Curtis will be upset because this seriously hampers his marriage plans to Portia Robinson (Brook Kerr) but Jordan will take the blame to protect Stella.

Grave danger awaits someone in Port Charles during the week of September 12, and Jordan and Dante Falconeri (Dominic Zamprogna) will investigate a crime scene as a result. There’s a chance the victim might be Brando Corbin (Johnny Wactor) because the week of September 19, Port Charles will remember one of its own. Sonny Corinthos (Maurice Benard) will reminisce about Mike Corbin (Max Gail) so Brando’s death makes sense here.

Dex Heller (Evan Hofer) looks like a good suspect since Dante’s been suspicious of him anyway, and that means Dex’s real boss, Michael Corinthos (Chad Duell) will have a mob-like mess to clean up. It sounds like Brando’s not deceased when Jordan and Dante find him, he’ll linger a few days before the end.

Carly will take off to that corporate retreat in Aruba, but there’ll be a flight-related emergency and the plane will have to make an early landing. That sounds like the MO, or modus operandi of Victor Cassadine (Charles Shaughnessy).  This makes sense if Victor has secrets in Aruba that he fears that Carly will ferret out; for one, she’s Luke Spencer’s (Anthony Geary) niece who he presumably had killed. For another, it’s thought Victor has Holly Scorpio (Emma Samms) hidden away as well; perhaps Carly’s mishap will lead to Drew Cain (Cameron Mathison) finding and rescuing all three.

While Carly’s seemingly marooned, for the time being, she’ll run into more trouble when she encounters a not-so-friendly face. There’s a possibility it could be Nelle Benson (Chloe Lanier) hiding out but it could just as easily be Esmé Prince (Avery Kristen Pohl). Victor seemed to be a little too protective of Esmé in his recent clash with Sonny, who accused him of having something to do with both her disappearance.

However, since it was publicized that Chloe Lanier filmed a lot of scenes during her brief return as Nelle Benson, it could be her. There are few people that Carly would deem to possess an unfriendly face than her unless it was Nina Reeves (Cynthia Watros).

During the week of September 19, Curtis will offer reassurance to Portia about their wedding still being able to take place. Jordan may – or may not – have a problem with signing another set of divorce papers to move the process along. But there is a secret Portia is keeping that Jordan is aware of that could cause problems down the road. Jordan overheard Portia on the phone trying to get genetic counseling for Trina Robinson (Tabyana Ali) right after finding out Marshall Ashford (Robert Gossett) has schizophrenia. Jordan warned Portia that Curtis didn’t like secrets being kept from him and that his being Trina’s probable birth father is a doozy.

Also during the week of September 19, Elizabeth will remember some horrifying clues to her repressed past, after realizing the night of Ava Cassadine’s (Maura West) attack she’d lost time. She told Ava the truth about not remembering everything the night she was attacked, in spite of taking Nikolas Cassadine’s (Marcus Coloma) alibi away. She’ll seek help to bring up her repressed memories and likely ask Dr. Kevin Collins (Jon Lindstrom) to hypnotize her.

One memory, in particular, is haunting her and not making sense, and that’s where she is arguing with a woman at the top of a staircase. Elizabeth seems to be a tween or young teen and tells her to stay away from her father. 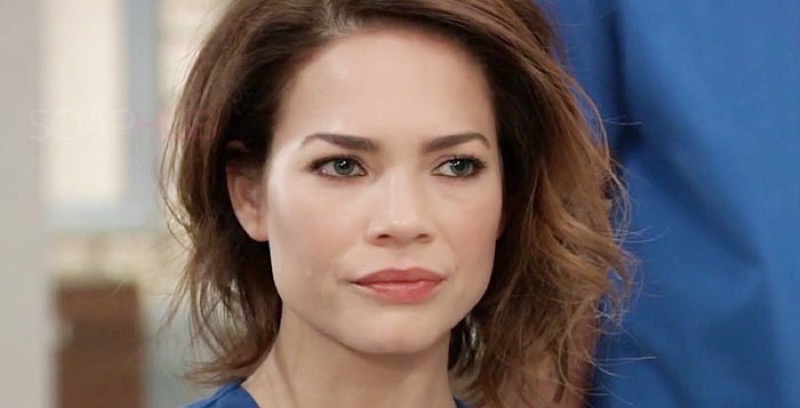 Carly finally makes it back to Port Charles the week of September 19, to learn the bad news of someone else’s violent attack and subsequent death while she was gone. This stems back to the crime scene that Jordan and Dante were investigating during the week of September 12. Signs point to this being someone in the Corbin family since Sonny remembers Mike; it’s likely Brando but it could even be Gladys Corbin (Bonnie Burroughs) who’s attacked and later dies. Maxie Jones (Kirsten Storms) makes a grim discovery, and that could be either Gladys or possibly Sasha Gilmore Corbin (Sofia Mattsson) either by overdose or a more violent reason.  Sonny will console someone, so that could either be Gladys, Brando, or Sasha depending on who the attack victim was who died. 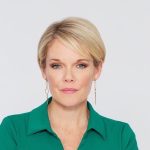 Valentin Cassadine (James Patrick Stuart) finds himself improvising after suffering a setback in his mission to wrest control of Charlotte Cassadine (Amelie McClain) from Victor. He, Anna Devane (Finola Hughes), and Lucy Coe (Lynn Herring) have been working together to foil Victor’s blackmail. Once Valentin can get Charlotte to safety then he can quit complying with his father’s insane demands.

Better yet, they can bring Victor to justice for the crimes he’s committed since moving to Port Charles. Valentin and Anna know there are many, with Valentin’s kidnapping and being tied up in Victor’s trunk just the tip of the iceberg.