General Hospital spoilers tease that Gladys Corbin (Bonnie Burroughs) may have an ulterior motive for wanting Brando Corbin (Johnny Wactor) to be a bigger part of Sonny Corinthos’ (Maurice Benard) “business”. Is she on Cyrus Renault’s (Jeff Kober) side?

General Hospital viewers will recall that Gladys was trying to snoop around in the Corinthos coffee warehouse when it was first attacked several months ago. This was also when Brando Corbin first showed up and was in the right place at the right time to save Carly Corinthos (Laura Wright) even though he was shot in the leg as well. He still got her out of the line of fire and behind some crates on the dock. It did seem like very coincidental timing for them to show up at about the same time, however. 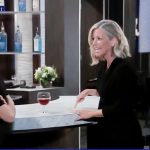 Brando explained his presence by telling how he saw Gladys with Dev Cerci (Ashton Arbab) on her social media and wanted to know how he suddenly had a son! He tracked her to Port Charles, where she had come because Sonny had involved her in helping him create an identity for Dev. Gladys had said Brando died in the Afghanistan war, but the truth was, they were estranged. It does, however, seem a little too convenient for Gladys to have been trying to snoop around in the warehouse office just at the time when Cyrus sent his goons.

This was also the same time when Sonny and Jason Morgan (Steve Burton) took Mike Corbin (Max Gail) to Bensonhurst as a side trip to a bar that Mike loved when he was younger. Sonny was not able to enroll him in a trial treatment for Alzheimer’s’ because the bar was attacked when they were there as well! Michael Corinthos (Chad Duell) was elsewhere on the pier, along with Josslyn Jacks, (Eden McCoy) and Laura Collins (Genie Francis). Laura was shot. The question is – how did Cyrus’ goons know where they all were? Was Gladys the snitch? 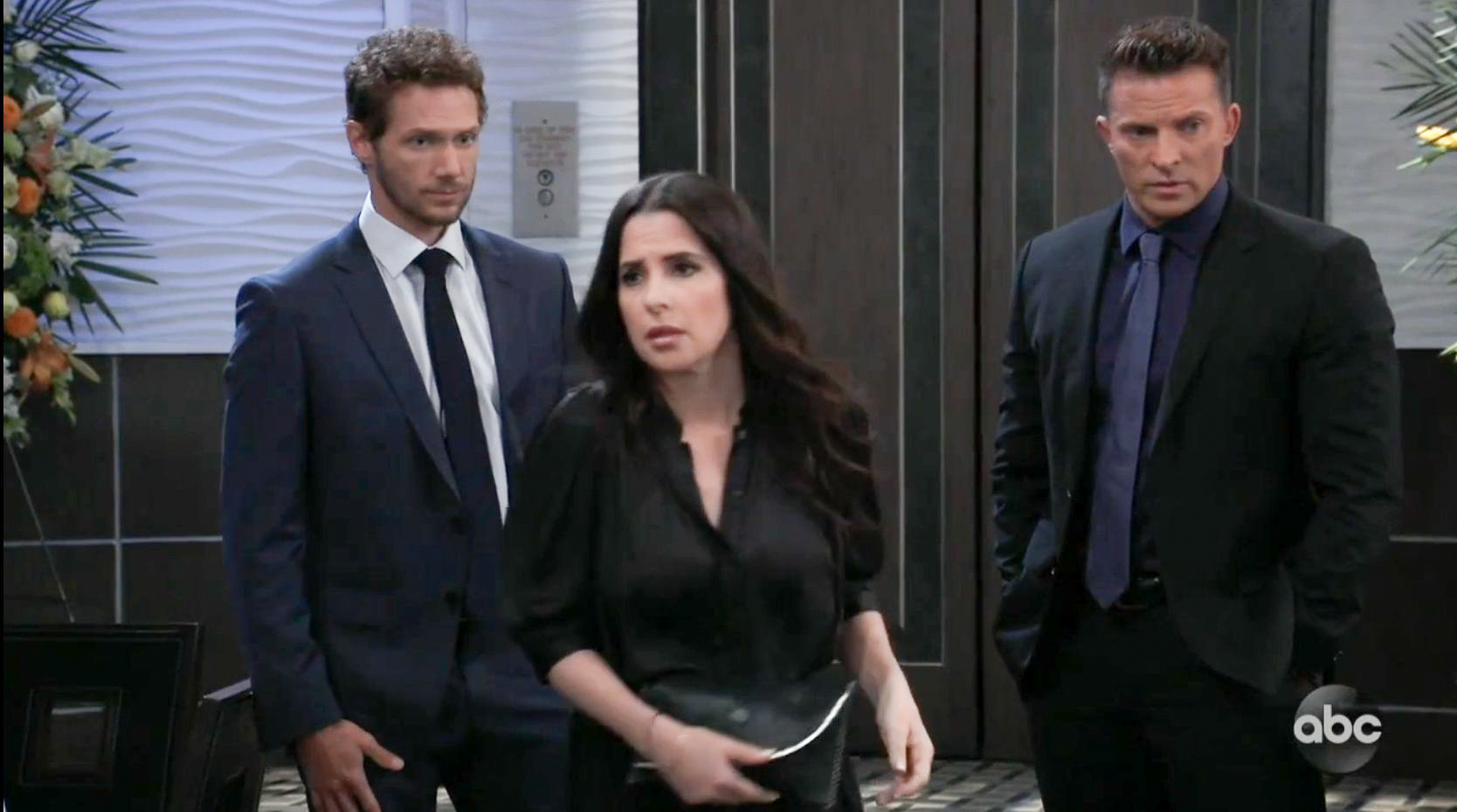 Now, after Mike’s funeral, Gladys argues for Sonny to make Brando an equal – not in his coffee business, but in his mob business (which has never been revealed). We know Sonny has a gym, an Italian restaurant, and the coffee business. He pulled back from the mob for a while at Carly’s insistence, as far as not having communication with the five families very much. Cyrus is not part of the five mob families, however. He’s an independent “businessman”! He wanted to run drugs through Sonny’s territory and the one thing Sonny won’t do business with is drugs or drug dealers! There however exists a secret business behind one of these “front” businesses.

It’s not likely to be either the gym or the restaurant, it has been speculated that sometimes guns and other weapons might be smuggled in the coffee crates. Brando has said he doesn’t want to be a part of the mob business, although he told Jason and Sonny several times he is aware of it. But Gladys keeps pushing. She seems quite impressed with Sonny’s mob business but why? Is she involved with Cyrus and on his side? Does she think that even if Brando did become part of that business that she could get inside information from him and pass it on to Cyrus? Not likely – he didn’t even tell her about Mike’s funeral, and he told Jason and Sonny about Cyrus offering a new lift for the garage – which might be intended to crush someone!