General Hospital (GH) spoilers tease that although they have appeared to call a truce at the moment, things will soon heat up once again between Carly Corinthos (Laura Wright) and Nina Reeves (Cynthia Watros). Nina has been keeping a very large secret from Carly and her family for months now. Nina knows that Carly’s presumed dead husband, Sonny Corinthos (Maurice Bernard), is actually alive and living in Nixon Falls. Sonny has amnesia and is currently going by the name of “Mike”. But Sonny has begun to have memory flashes of his past and it’s just a matter of time before he remembers everything.

Once Carly and Sonny are reunited, the talk will soon go to where Sonny has been all this time. Carly will be furious that Nina has known all along that her dead husband wasn’t so dead after all. Sonny may or may not feel differently but it’s Carly’s wrath that Nina should worry about the most. 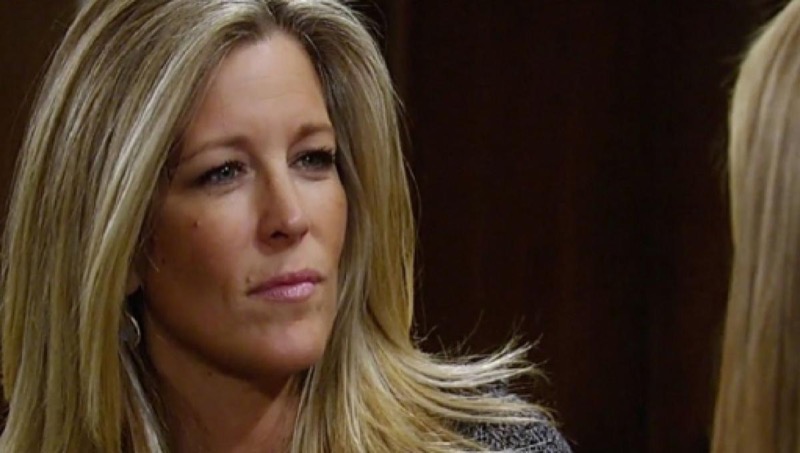 Carly has great sway with her son, Michael Corinthos (Chad Duell) and it won’t be hard to convince him to bar any further access between Nina and her grandson, Wiley Corinthos (Erik and Theo Olsen). This will devastate Nina, but Carly won’t be through with Nina that easily. 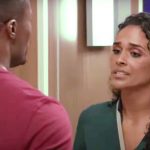 As viewers know, Carly has become a mob boss of sorts and there is no telling what she will want to do to Nina. Nina may quickly decide to flee Port Charles, and she may even enlist her ex Valentin Cassadine (James Patrick Stuart) to assist her in getting out of town safely. The real issue will be what Sonny does. Chances are the romantic feelings he has for Nina won’t just go away, even when he finds out that Nina knew who he was all along. Sonny may remember that Nina asked Sonny many times if he wanted to remember his past, and he seemed like he didn’t want to know. If forced to choose between Nina and Carly, he just might choose Nina. Especially once he discovers that Carly and Jason Morgan (Steve Burton) are either married by that point or engaged. Either way, Sonny may just offer Nina his protection, which will further widen the gulf between Sonny and Carly!

Will Carly make Nina’s life a living hell once she discovers that Nina has known all along about Sonny? How will Sonny react? Will he support Carly or side with Nina? Anything can happen in Port Charles so stay tuned to General Hospital airing weekdays on ABC. And don’t forget to check back right here regularly for all your General Hospital news, information, and spoilers!

General Hospital Spoilers: Someone Sets Fire To The Tan-O And Sonny Is Trapped Inside!