General Hospital (GH) spoilers reveal that Maurice Benard, who plays Sonny Corinthos on the ABC sudser is a fan fave as well as a daytime legend. He is a two time Emmy Award winner and has spent decades portraying the complex character that is one of the genre’s most iconic and beloved.

He has his share of critics as every character does. Some love, love, love Sonny and others love to hate him. He is a lightning rod for sure, there seems to be no middle ground with Sonny or in how the fans feel about him.

So, what does Benard’s own dad think of Sonny? Benard shared a video of the two men dissecting GH characters and his dad shared some hilarious opinions, egged on we should add, by his mischievous son.

When Benard asked his dad about Sonny he told him he was the best actor and, “not just because you’re my son.” Aw!

Not content to leave well enough alone, Benard asked his dad what he thought of Jason Morgan (Steve Burton) to which his dad replied, “Jason’s not that good,” and Benard cracked up. 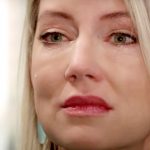 Then he asked him what he thinks about Michael Corinthos (Chad Duell) and his dad slew it again, saying Michael just isn’t that good. By now Benard is ROFL and you can tell he’s getting a kick out of poking some good-natured fun at his costars. By the way, Mr. Benard is an absolute gem and we totally love how the proud dad plays favorites when it comes to his standout son!

General Hospital spoilers: Sonny Corinthos Is Cooking Up Something

Explosive GH spoilers reveal that Nina Reeves (Cynthia Watros) discovers that Sonny is alive, not dead as everything presumes. Any other time she would do the right thing and brought him back to his family, case closed. But Sonny’s wife Carly Corinthos (Laura Wright) has played down and dirty with Nina and she is about to find out what payback feels like!

How far will Nina go to get revenge on Carly? Carly kept the truth that presumed dead Nelle Benson (Chloe Lanier) was her daughter and she is livid and heartbroken right now. It looks like Nina will take her anger out on Carly by keeping Sonny’s whereabouts a secret for as long as it suits her!