The fallout has been great as Nina realized the truth about her long-lost daughter. General Hospital viewers will recall the moment that Nina spotted the other half of her split heart pendant on Sasha Gilmore’s (Sofia Mattsson) neck while watching the interview livestream from her Crimson Magazine office. Jax was right by her side, and tried to get her to stay in the office and not confront Sasha on live television. But Nina trotted right on over to the Metro Court restaurant downstairs, where Jackie Templeton (Kim Delaney) was interviewing Sasha, with Jax right behind her! Jax could no longer lie as Nina realized that Nelle Benson (Chloe Lanier) could have been her daughter. 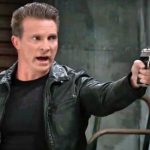 Jax also knew, as he and Carly had been discussing whether they should tell Nina the truth in recent General Hospital episodes since Ava Cassadine (Maura West) took back full custody of Avery Corinthos-Jerome (Ava and Grace Scarola) in the wake of Sonny Corinthos’ (Maurice Benard) presumed death. Carly had even went to Wyndemere Castle with her mother Bobbie Spencer (Jacklyn Zeman) as a distraction, in an attempt to find Avery’s “good luck charm” and replace it with a different one so that the two heart halves would not match. She was interrupted by Nikolas Cassadine (Marcus Coloma) and dropped the two necklaces, and picked the wrong one up, obviously!

When Nina put the two halves together, they fit perfectly! Carly tried to cover for Jax and he refused to let her, after Avery herself told about where she found the necklace and Michael Corinthos, (Chad Duell) who came back to the Metro Court after taking her home filled in the blanks about the cabin being the Corinthos family cabin and Nelle having been there when she kidnapped Wiley Corinthos (Erik and Theodore Olson). When Jax stepped up to tell Nina that Nelle could be her daughter, interrupting Carly, Nina stared daggers at Carly! 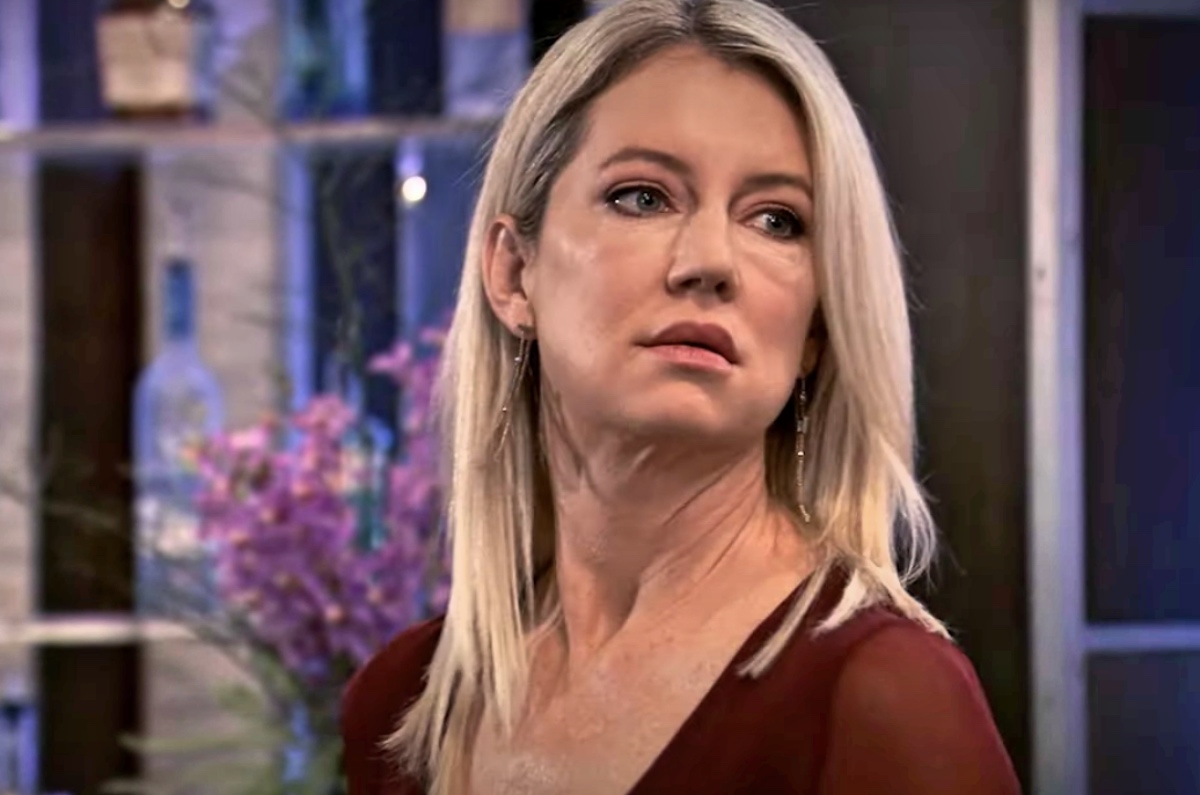 Jax knew that if he didn’t tell the truth to Nina, that he would be as bad as Valentin Cassadine (James Patrick Stuart) in her eyes. Nina left Valentin and divorced him because of his constant lies. But because he chose to be honest, he exposes Carly as a liar also. Carly characterized Nelle as a lying liar who lies, but Carly is just as bad in Nina’s eyes. Nina and Carly had become friends, and now she is hurt by Carly’s lies about Nelle.

Now Nina knows that Carly has known for not just weeks, but months. With everything that went on with Sonny’s disappearance and worrying over him, Carly had forgotten she had seen the necklace on Nelle as a child years ago. This had been when she, as a young woman, was heading out from Florida on the way to Port Charles to look for her own birth mother, Bobbie Spencer (Jacklyn Zeman). Carly wasn’t being vindictive or spiteful in withholding the facts she knew about Nelle from the past, and that she had realized Nelle must have been Nina’s daughter.

She just didn’t want Nina to find out that she had been having hopes of finding her daughter alive when she was dead, and it was even Nina who buried her! Jax tries to explain that to Nina, along with his part in keeping the secret – it also was to protect Nina from being devastated realizing that Nelle, who Nina had tried to heal with her motherly love, was already dead! But it will likely take Nina some time and space away from both Jax and Carly for her to be able to forgive them for their lies!

General Hospital (GH) Spoilers: Sam Struggling, Trying To Figure Her New Life Without Jason In It