General Hospital (GH) spoilers and updates tease that things seem to be going extremely well for Dr. Portia Robinson (Brooke Kerr) and Curtis Ashford (Donnell Turner) right now. They just purchased their dream house together and are looking forward to starting a brand new chapter in their lives. But the trouble is looming, and Curtis’ ex, Jordan Ashford (Tanisha Harper) will be at the center of it all. Although Portia’s daughter, Trina Robinson (Sydney Mikayla) is innocent of all charges, she may find herself framed for filming and posting the x-rated video of Cameron Webber (William Lipton) and Josslyn Jacks (Eden McCoy).

The true culprit behind the x-rated video is Esme Prince (Avery Kristen Pohl), but the young woman has gone to great lengths to frame Trina. It won’t likely be very long before Jordan, as the Police Commissioner, has to at least question, Trina. Trina may even be arrested for the crime. Portia will be furious that Jordan is even looking at Trina as a suspect, let alone possibly arresting her for the crime. Jordan, for her part, is just doing her job, and Esme has definitely created enough false evidence that makes Trina look guilty.

General Hospital Updates– Curtis Ashford Will Be Caught In The Middle!

While Curtis will certainly believe in Trina’s innocence he will also know that Jordan is just doing her job. But Portia may see think that Curtis is taking Jordan’s side just as their new life was supposed to begin. Portia will fight tooth and nail to prove her daughter innocent, but she will think it is ludicrous that she even has to. Jordan knows Trina well, but unfortunately, evidence is evidence. And in the midst of all this drama, it may finally come out that Curtis and Jordan’s divorce was never finalized. 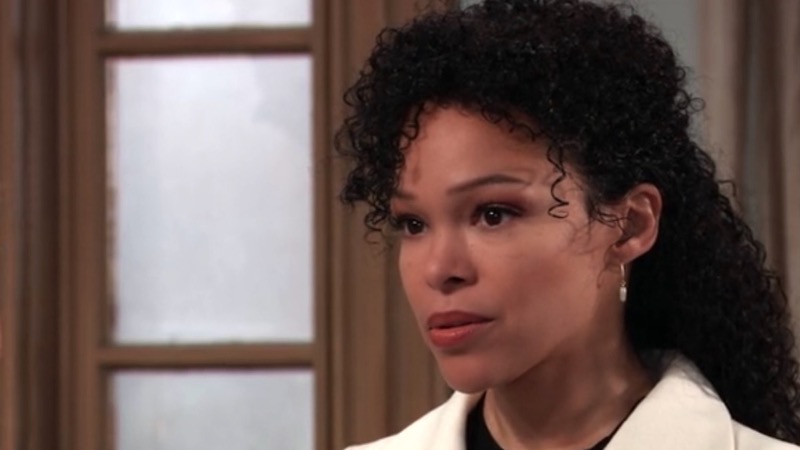 Curtis’ Aunt Stella Henry (Vernee Watson) didn’t want Jordan and Curtis to give up on their marriage just yet. So she stole the signed divorce papers from Jordan’s mailbox. She later had a change of heart but has a stroke before she could mail the papers and the documents were accidentally destroyed. Stella may remember this soon, and at the worst possible moment. It will likely occur just as Curtis and Portia find themselves at odds over Jordan’s involvement in Trina’s possible arrest. 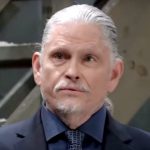 Will Jordan be forced to arrest Trina? Will Curtis be caught in the middle between Portia and Jordan? And will the fact that Jordan and Curtis are still married change Curtis’ outlook for his future? Anything can happen in Port Charles so stay tuned to General Hospital airing weekdays on ABC. And don’t forget to check back right here regularly for all your General Hospital news, information and spoilers!