General Hospital (GH) spoilers tease that a worried Curtis Ashford (Donnell Turner) will go to his Auntie Stella Henry (Vernee Watson) to find out what else he doesn’t know about his father in an upcoming episode of General Hospital!

General Hospital viewers will recall that Marshall Ashford (Robert Gossett) remains a mystery man for the most part, and Curtis and Drew Cain (Cameron Mathison) are teaming up to find information. General Hospital viewers will recall that Drew felt like maybe Curtis was a little too close to the situation to be really objective, but it might be easier for Curtis to get Stella to talk than Drew, who she doesn’t know. Drew could come off as someone from the outside trying to get information that is none of his business, and Stella wouldn’t take keenly to that! Curtis has been trying to get her to talk more but as long as he’s antagonistic about his father, she may not be willing to give a lot of details. Besides, as General Hospital viewers will recall from a recent episode, she’s not real happy with Marshall herself! Curtis has even been suspicious that Marshall has ties to the mob, because of Joey Novak (Patrick Zeller) getting beaten up right after Marshall was seen nearby!

General Hospital viewers will recall that Stella had told Curtis to give Marshall time to tell his story when he was ready, although she didn’t tell how much she knew. Curtis knows Stella knows some of it because she knows the funeral and burial were faked. General Hospital viewers will recall, however, that Marshall had wanted to explain on the day he found Curtis at The Savoy and gave him the family photo of himself, Curtis, his brother Tommy Ashford (uncast character) as a small child, and their late mother Irene Ashford (uncast character) together. Curtis hadn’t wanted to hear Marshall’s explanation because he was so angry and hurt, not to mention skeptical until he saw the photo! Even then he wondered where this older man had gotten it! The things that Curtis does know about Marshall are that he’s been keeping up with the family apparently from afar and that he lived his life while faking his death apparently under a different name. 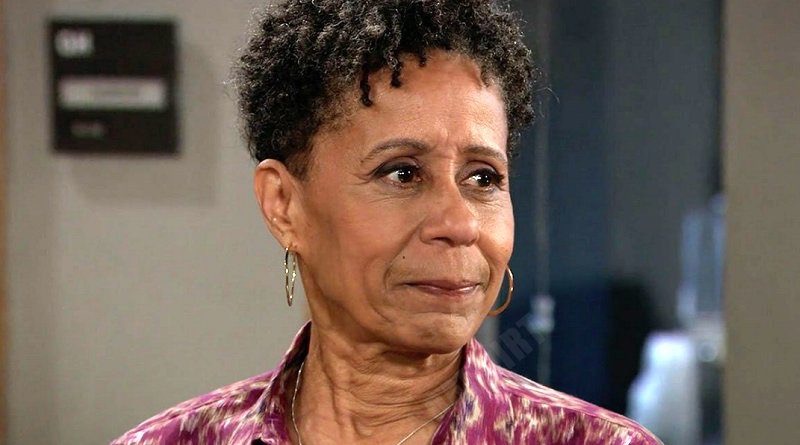 General Hospital viewers know that there are a couple of possibilities, although Curtis tends to think in the worst-case scenarios where Marshall is concerned; on the positive side, he could have been in witness protection. On the negative side, he could have been in prison, but if he had there would have been prison records and there were none found! General Hospital viewers will see Curtis try to get more exact information on Marshall and why he faked his death, and why Stella and Irene kept the lie, but it will be like getting blood out of a turnip! 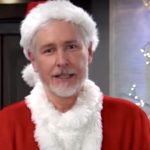 Curtis knows that Marshall must have some connections in music and bands or he wouldn’t have been able to save the day at the opening of The Savoy, although that sleazy music promoter Linc Brown (Dan Buran) seemed to have some mob connections himself. Stella might offer up that Marshall fancied himself a musician, having an old clarinet he called “Henrietta”. Marshall may have played professionally while he was away, although Stella is disdainful of his musical talent. Curtis may pick up on a possible connection between Marshall’s clarinet playing avocation and his seeming connections to the music business and the clubs’ circuit, and that’ll give Drew a place to start!