General Hospital (GH) spoilers and updates tease that a heroic Curtis Ashford (Donnell Turner) could unknowingly rescue his own father, as Marshall (Robert Gossett) finds himself in the middle of a mob attack in a future episode of General Hospital!

General Hospital viewers will recall that mystery man Marshall’s been checking in on Curtis, his family, and his close friends. General Hospital viewers will note that he appeared immediately after Curtis and Portia talked about Curtis’ past at his club, The Savoy. Curtis had been very small when his dad disappeared, and if there was actually a different reason why his father disappeared so suddenly that had been an embarrassment to the family – say, he committed a crime and went to prison – a sudden death may have been easier to explain.

It would be difficult to tell say, a three-year-old that his father was never coming back because he got a life sentence! It’s possible that Curtis’ dad could have been whisked away into witness protection as well. Sometimes the whole family doesn’t go with the protected witness – viewers will recall that Molly Lansing-Davis (Haley Pullos) was told her father, Ric Lansing (Rick Hearst) died when he went into witness protection several years ago.

General Hospital Updates – Marshall Could Have Testified Against A Mob Figure

One thing that would make perfect sense for Marshall, if he is indeed Curtis’ long presumed dead dad, to be in witness protection would be if he testified against a mob figure. Perhaps he testified against the late Vincent Novak (Glenn Taranto). Even if Novak wasn’t convicted due to Marshall’s testimony, now that he’s dead it may be thought safe for him to come out of hiding. But chances are, Joey Novak (Patrick Zeller) who will be the one to take Vincent’s place, wasn’t even born that many years ago – Curtis looks to be at least ten years older than Joey! General Hospital viewers have seen Marshall preferring not to reveal his identity, which could raise suspicions and has as to who he is and why he’s stalking Curtis’ friends and family, but after that many years, he may just want to stay in the background. General Hospital viewers will recall that so far he’s watched Curtis, and connected with TJ Ashford (Tajh Bellow), and became his disappearing patient! Marshall would naturally be out of the loop and not realize TJ isn’t his late son Tommy Ashford’s (mentioned character) son. 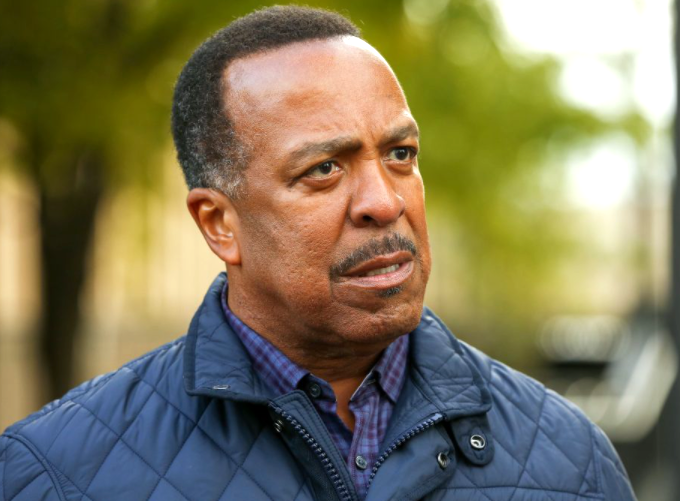 If Marshall is indeed Curtis’ long-lost dad, he has been gone so long he may have thought that Portia is his wife and Trina Robinson (Sydney Mikayla) is their daughter. General Hospital viewers know that could be a reasonable assumption for someone so out of the loop. General Hospital spoilers tease that someone will drop in on Trina, and it will be an unexpected visitor so it could be Marshall thinking she’s his granddaughter. That may actually be correct, although Portia hasn’t yet dropped the paternity bomb on either Curtis or Trina! It all fits with someone who wants to check up on his family, but doesn’t want to reveal who he is just yet because of all the explaining he might have to do! 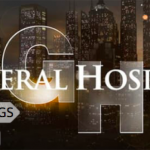 During the week of November 1-5, General Hospital viewers will see Dante Falconeri, (Dominic Zamprogna) back in Port Charles, warning Curtis about some mob threats in town. General Hospital viewers already know that Cyrus Renault (Jeff Kober) has made some threats, and that’s why Mayor Laura Collins (Genie Francis) and Attorney Martin Grey (Michael E. Knight) are in what may as well be witness protection!

Cyrus recently called Sonny Corinthos (Maurice Benard), but Sonny shut him down and hung up. That might put a burr in Cyrus’ bottom and cause him to strike out – and on the other hand, if Marshall was in witness protection and had testified against Vincent, Joey’s on his way back and he might retaliate against Marshall himself! Either way, it looks like there will be trouble at The Savoy – and it could be a plan of Curtis’ to trap Marshall that backfires! Joey might show up with some goons to take out Marshall when he’s at Curtis’ club and Curtis will intervene to save his life, to find out later – or perhaps sooner – that mystery man Marshall is none other than his dear old dad!