GH Spoilers: Katelyn MacMullen Talks About Theo And Erik Olson And Their Move To France

General Hospital spoilers will remember the long and fraught history of Wiley Cooper-Jones aka Jonah Corinthos aka Wiley Corinthos, now played by Viron Weaver. The character started out as Wiley Cooper-Jones, the newborn son of Willow and Shiloh Archer (Coby Ryan McLaughlin) who she had given up for adoption. The newborn, who sadly died of sudden infant death syndrome only a couple of days old, had been adopted by Brad Cooper (Parry Shen) and his husband Lucas Jones (at that time Ryan Carnes, later recast and played by Matt Trudeau).

The couple had barely gotten acquainted with their new son when Brad found him dead in his crib, and devastated, went driving on a country road in the middle of the night. That same night, Nelle Benson, (Chloe Lanier) who was pregnant with Michael Corinthos’ (Chad Duell) son gave birth in the woods, with the help of Liesl Obrecht (Kathleen Gati) who at that time was on the run. As General Hospital viewers will remember, Brad picked up Nelle and her newborn, and Nelle knew she was prison-bound and didn’t want the Corinthos family to have her son. So began a nearly two-year baby swap storyline with Michael grieving a baby that hadn’t died and Willow loving one that wasn’t really hers.

General Hospital viewers will remember that Theo and Erik Olson played Wiley beginning in 2018, and continued playing him until about a month or so ago when their family moved to France. Wiley was then played by Owen and Curtis Rufca for about a month and the current incarnation of Wiley is played by a single boy, Viron Weaver. Willow portrayer Katelyn MacMullen had gotten very attached to her television sons, General Hospital viewers remembering that Willow had adopted Wiley after the truth about the baby swap came out and she and Michael married. 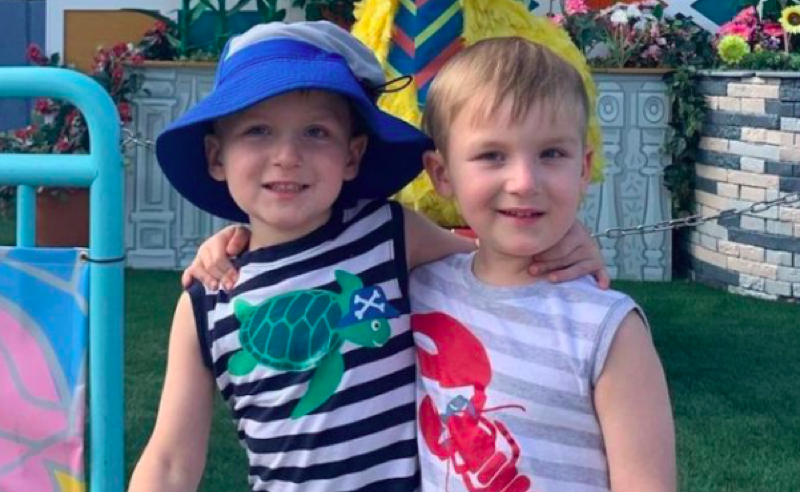 Katelyn reports she was shocked when the twins’ real-life mother told her they were moving – and so far away, to France! Katelyn felt sad because Theo and Erik had grown up on the show but she also is happy for their mother, who is now expecting a baby girl. Katelyn is happy for them but even though she knew that eventually Wiley would be recast, she didn’t expect it to be this soon! But she also says all of Wiley’s portrayers have been great and she feels that she and her General Hospital castmates have been really fortunate.

General Hospital viewers will recall that the latest Wiley drama is not over custody battles with his birth mother, who was “killed off” General Hospital several months ago, but with his birth grandmother, Nina Reeves (Cynthia Watros)! Keeping Wiley safe from his psychotic birth mother Nelle was the reason that Michael and Willow had married and she had adopted him, after finding out he was really Michael’s son originally named Jonah, but to avoid confusion to the child they stuck with the name Wiley. 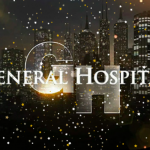 Nina has not even broached the subject of adoption although as his birth grandmother she may have some rights, Michael, heavily influenced by his mother Carly Corinthos (Laura Wright) sees Nina only as another version of Nelle! He’s hoping to eliminate her by getting her to put away for fraud for keeping Sonny Corinthos’ (Maurice Benard) survival a secret, and that will be playing out this week! Nina may never have a chance to be Wiley’s grandma, and she won’t if Michael and Carly have their way!