General Hospital (GH) spoilers and updates tease that Trina Robinson (Sydney Mikayla) isn’t the only one who suspects that Esme Prince (Avery Kristen Pohl) is more than just an annoying rich boarding school snob who has Spencer Cassadine (Nicholas Chavez) under her spell. Esme made a slip in front of Trina that made her wonder if Esme is actually the stalker who set Ava Jerome’s (Maura West) on fire. Trina is right to suspect Esme but Spencer is also in on the stalking.

Recently, Esme accompanied Spencer to Spring Ridge prison while he visited his aunt Alexis Davis (Nancy Lee Grahn). While Spencer visited with Alexis, Esme made a beeline for another inmate incarcerated at Spring Ridge, Ryan Chamberlain (Jon Lindstrom). The sight of Ryan, a well-known serial killer, would at the very least, unnerve most people. But Esme seemed almost infatuated, which didn’t go unnoticed by Harmony Miller (Inga Cadranel), who has taken the job of Ryan’s caregiver. She warned Alexis after the visitors left that Esme was trouble.

Harmony has now reformed, but at one time she was a leader in the Dawn of Day Cult. Harmony’s main function was to groom young women to willingly give themselves to the leader Shiloh (Coby Ryan McLaughlin). Harmony was skilled in picking out troubled young women. And Esme sets off all kinds of alarms for Harmony. Alexis will worry that Esme maybe some kind of disciple or follower of Ryan’s. Ryan was injured several months ago while in Pentonville prison after Cyrus Renault (Jeff Kober) ordered a hit on Ryan. Ryan was stabbed and almost died but was revived at General Hospital. But he wasn’t breathing for several minutes and due to that, Ryan is unable to move except that he can still blink. He’s basically trapped in his own body. 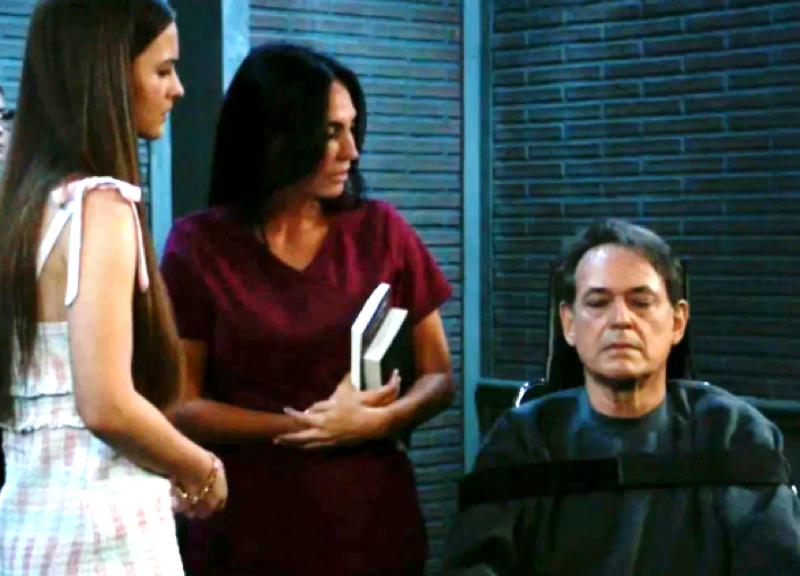 General Hospital Spoilers – Esme Prince Is So Obsessed With Ryan Chamberlain That She Seems To Be Continuing Her Reign Of Terror!

As viewers know, Ryan is infatuated with Ava Jerome (Maura West) and wants her for himself. When he found out she had married Nikolas Cassadine (Marcus Coloma), he was determined to separate them by any means necessary. Ryan already murdered Ava’s daughter Kiki Jerome (Hayley Jerome) so he would likely have murdered Nikolas if he wasn’t in prison. Since his injuries seemingly have left Ryan unable to continue tormenting Ava, Esme may want Ryan to notice her or give her his approval. 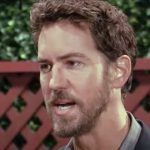 Although it isn’t clear as of yet, it seems quite possible that it was Esme that encouraged Spencer to become the Stalker in the first place. Spencer was upset when Esme set Ava’s car on fire, so she seems willing to go much further than Spencer ever would. IF Esme decides that Trina is a threat to her, Trina might become Esme’s first victim. Port Charles may be about to be the birthplace of a brand new serial killer, one that may be more dangerous than Ryan!

Is Harmony right that Esme is more dangerous than anyone knows? Will Alexis be able to warn Spencer in time? Is Esme planning on being the next serial killer to torment Port Charles? Will Trina find herself the first victim of Esme? Anything can happen in Port Charles, so stay tuned to General Hospital airs weekdays on ABC. And don’t forget to check back right here regularly for all your General Hospital news, information, and spoilers!