General Hospital Spoilers: Maurice Benard and his Son Joshua Get Real on State of Mind

General Hospital spoilers reveal that Maurice Benard (Sonny Corinthos) is talking about his upcoming podcast State of Mind and it looks to one of his best to date. And that is saying a lot because the podcast is filled with entertaining guests and thoughtful commentary and this week’s episode looks to be exceptional.

That’s because Maurice has a thought-provoking discussion with his son Joshua Benard, an aspiring actor and musician. He’s posted a short clip to his Insta and it’s clear that the Benard men are ready to have a gritty talk about real life.

In the clip Joshua and Maurice talk about how easy it is to lose track of the important things in life and they share how they came to the realization that they should spend more time together. 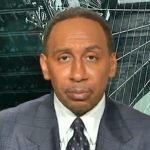 Right now Benard’s character Sonny Corinthos is also involved in a gritty situation, one fans are desperate for him to survive. Sonny is MIA after having fallen from a bridge into the icy waters below. He was with Julian Jerome (William deVry) and Julian’s corpse floated to the top but there has been no sign of Sonny.

His disappearance is bad for his family and bad for business. Will a full scale mob war bust out in Port Chuck now that the coffee importer isn’t around to bark out orders?

Sonny’s absence is causing all sorts of mayhem and there is no indication of when he might return. Or in what condition. Or with whom. Some fans are speculating that a character will return from the dead to return Sonny to his family. The popular bet is that it will be either Morgan Corinthos (Bryan Craig) or Nelle Benson (Chloe Lanier).

Benard stoked the flames of speculation this week by posting a pic to Instagram of himself and his two GH sons, Bryan Craig and Chad Duell (Michael Corinthos). A return from the dead from either character is pure speculation however. In the meantime Carly Corinthos (Laura Wright) has made a big mess of things by snatching Cyrus Renault’s (Jeff Kober) mom from her sick bed in an effort to neutralize tensions. It has only made things worse and if Sonny doesn’t get back soon, his empire could be in tatters or worse when he pops back up.