General Hospital (GH) spoilers and updates reveals Kin Shriner (Scotty Baldwin) speaks of the injustices of the law on General Hospital. In sees one of these major injustices, like a lot of long-time fans, Blackie Parrish’s (ex-John Stamos) imprisonment. Ken wants Scotty to rectify this situation. Will Ken get his wish?

General Hospital’s Shriner jumped on the bandwagon when a fan posted a photo of him and John from years ago. Shriner believes 40 years is a long time for Parrish to be gone and that he needs to be freed. After all. Blackie was sentenced to two years in prison, not 40 years. Blackie was last seen in April 1984 when he was sentenced to two years in prison for manslaughter. 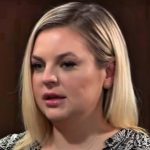 However, in reality, Blackie was not directly responsible at all, his manager was. Kin was quickly reminded of this when he asked what Blackie did to be sent to prison. This has been the longest two years in the history of soaps. However, the writers have mentioned that Blackie is out of prison because a few years ago he was supposed to be at the Nurse’s Ball and had a scheduling conflict.

General Hospital’s Scotty may be a little bit confused about Blackie because he’s been out of prison since 1986 according to a friend of his from prison. Is Scotty confused or did he simply miss the memo? After all, Scotty and Lucy have been close for years, would she not tell him about reaching out to Blackie? Could Blackie have gotten into trouble again? Could a question of Blackie’s guilt come up and Scotty have the opportunity to clear his name? 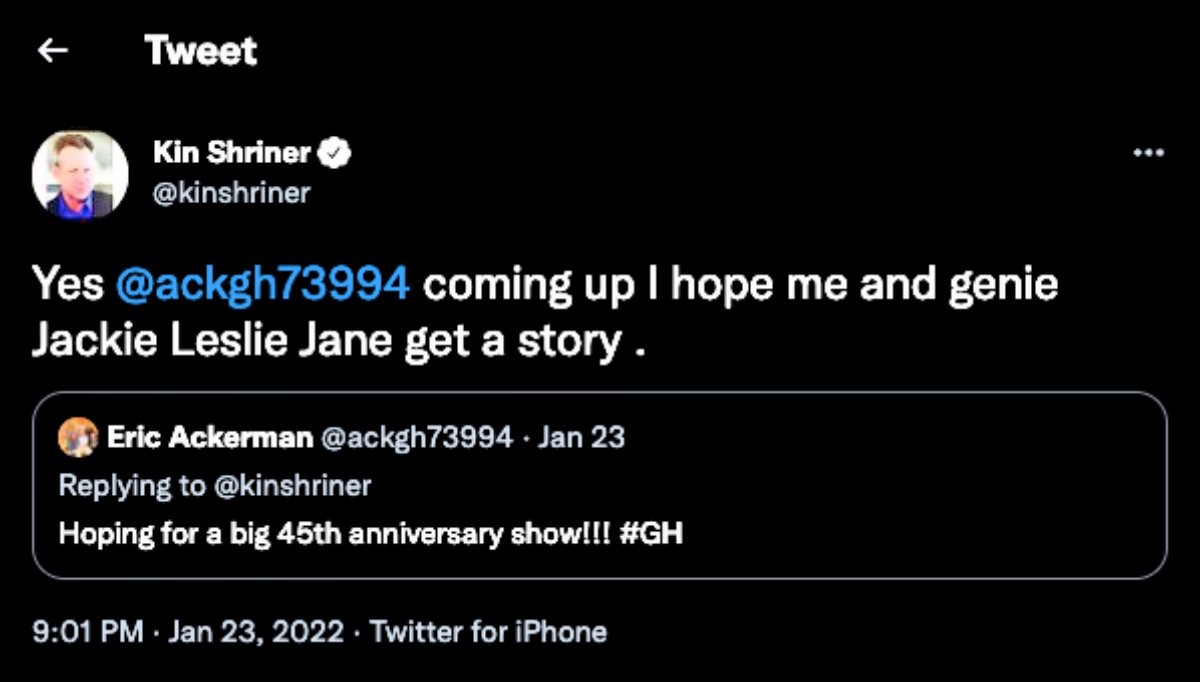 General Hospital – Could Blackie Return To Clear His Name?

General Hospital’s Blackie could come home to clear his name. Blackie knows that he is innocent. Blackie also knows that if he hadn’t stolen a song, his girlfriend would not have been killed. Unfortunately, the truth did not come out years ago. Now that Blackie is older, he may want his name cleared once and for all. Will Blackie come back and ask Scotty for his help in doing this? Will Scott have to clear Blackie’s name in another case?

It is nice that Kin gives a shout-out to his old friend John and would like for Scott to have Blackie come home. Could Blackie show up on an upcoming Nurses ball to perform since he missed his last opportunity? Could Blackie have somehow gotten hooked up with the mob and be in trouble there? After all, Blackie could end up being a member of Marshall Ashford’s (Robert Gossett) band.

General Hospital Spoilers: For Better or Worse Ned and Olivia Renew Their Vows