ABC General Hospital spoilers reveal that a quarter of a century has passed since the legendary storyline between Robin Scorpio (Kimberly McCullough) and Stone Cates (Michael Sutton) ended in a grim death scene that still resonates with GH fans.

General Hospital spoilers – Kimberly McCullough gazes back at the past

The actress posted a poignant pic of Robin and Stone with the caption: “25 years ago today, I experienced what would become my finest moment as an actor. My character Robin Scorpio lost her first love Stone Cates (Michael Sutton) to AIDS.”

She continued: “The love that poured through us that day was a reflection of the best of us, when we can see through the prejudice, and the fear of a disease and treat the person experiencing deterioration with compassion. Telling stories can be a vehicle for enlightenment and yes, even soap operas can change the world. I believe we did that with the story of Robin and Stone.” 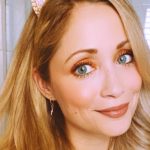 The picture is from the scene in which a blind Stone, dying of AIDS after contracting HIV, said “Robin, I can see you.” Plenty of General Hospital reached for the tissues and those words still bring goosebumps today.

Today Kimberly McCullough has gone on to forge a strong directing career but the impact that GH had on her is obvious.

One fan posted, “My favorite scene of all time on a soap. You were amazing. So was the actor who played Stone, his name escapes me right now. I cried and still do when I see this scene😢 it will go down as one of the best soap scenes in history right along with Luke and Laura’s wedding for me.”

General Hospital spoilers – Many fans still remember the stirring final scene between Robin and Stone
Robin contracted HIV from Stone after the pair had sex and did not use a condom. Robin has lived with the virus that causes AIDS for her adult life and is now a successful doctor and mother of two. The storyline was an inspiration to millions of fans and the impetus for the Annual Nurses Ball storyline.

Michele Val Jean was the GH writer responsible for the amazing and she remembered the scene in a tweet saying, “One of the scripts I’m most proud of. Wrote the ‘Robin I see you’ moment through the ugly cry. This storyline is iconic now but #ClaireLabine and @canyoncatz had to fight for it and a lot of viewers tuned out. Claire was determined to tell it though.”