ABC General Hospital spoilers reveal that Vanessa Marcil fans have never stopped calling for her return to the show as Brenda Barrett. In the past few months, those calls have grown louder as the rumor mill heats up with the speculation of an imminent return.

Marcil has been coy about a possible come back but there has been no official word from the show or the actress about a potential return. Nonetheless, Marcil has been active on social media lately. She has talked about her son’s graduation as well as current events and her latest post involves one of her former costars.

Marcil debuted as Brenda in 1992. She just posted a pic on her Insta from 1995 that shows her and former co-star Rena Sofer who played Lois Cerullo. Nowadays Sofer plays Quinn Forrester on The Bold and the Beautiful.

The two GH characters were BFF’s and ran L&B Records. Marcil explained that the pic is of the two women, “on the ferry in New York after filming Ned and Lois’ wedding in Brooklyn. We had the best time working together always. We are soul sisters for life.”

In the pic, the besties are obviously exhausted and ae curled up to each other taking a nap. 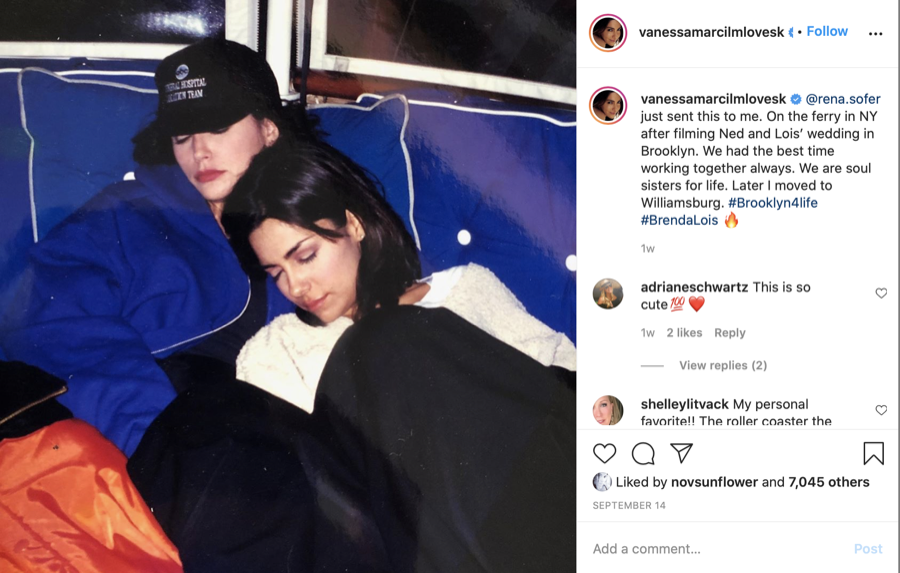 GH fans were quick to respond to the throwback pic that brought back many sweet memories. One wrote, “Seeing you two on GH and even off set was pure magic! I told my mom I always wanted a friendship like Lois and Brenda’s. L&B 4 life! Thank you so much for sharing Vanessa!! Much luv and stay safe!”

Another mentioned that “True friendship shined through in your work. Love watching her on B&B now.”

And someone else chimed in with, “The glory days of GH, loved Lois and Brenda. We actually have our family home up for sale in Williamsburg right now! Memories…”

Marcil took the time to share with fans what she and her son Kassius have been up to these days, posting pics of them making food and delivering it to law enforcement members in Los Angeles. 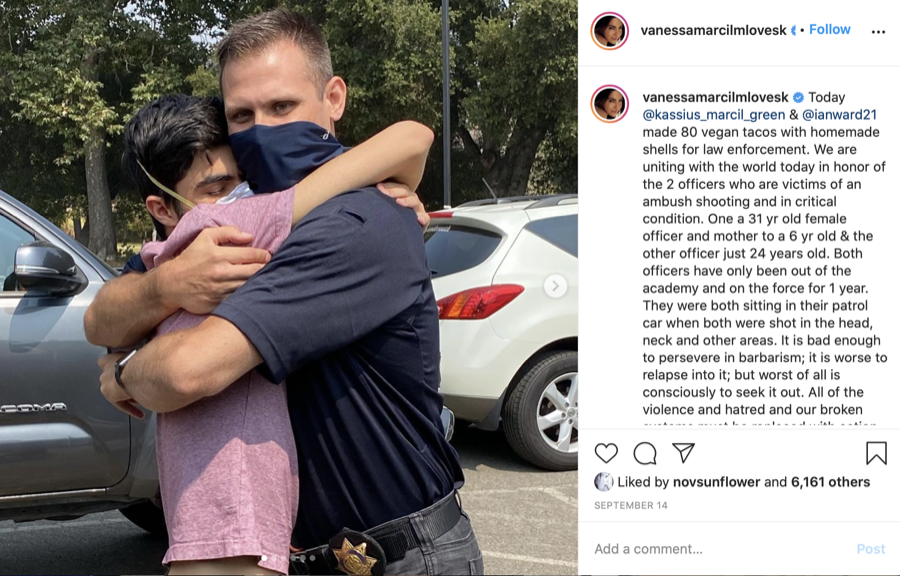 She posted that they made, “80 vegan tacos with homemade shells for [L.A.] law enforcement. We are uniting with the world today in honor of the two officers who are victims of an ambush shooting and in critical condition.”