ABC General Hospital spoilers tease that Ned Quartermaine (Wally Kurth) will lose patience with Valentin Cassadine (James Patrick Stuart) this week. This week’s preview looks like they’ll take it outside in the alley and Ned knocks Valentin off his feet!

General Hospital viewers will recall that it was Valentin who got Brook Lynn Quartermaine’s (temporarily played by Briana Lane) ironclad contract with creepy Linc Brown (Dan Buran) torn up. However, it was revealed that not only was Martin Gray (Michael E. Knight) working with Linc behind the scenes, so was Valentin, in a scheme to get Brook Lynn’s ELQ shares. Ever since Valentin found out he wasn’t really a Cassadine, he was working to take over ELQ through a hostile takeover.

Then he got Danny Morgan’s (Porter Fasullo) and Scout Cain’s (Ella Ramacieri) from their mother, Sam McCall (Kelly Monaco) and he’d already had Brook Lynn’s – that is how she got out of her contract, by giving them to Linc who in turn gave them to Valentin. She knew he was trying to take over, but kept quiet because of his promise to make it more profitable as he had with Cassadine Industries. It was the revelation that she had turned her shares over to Valentin that made her father mad enough to kick her out of the Quartermaine mansion! 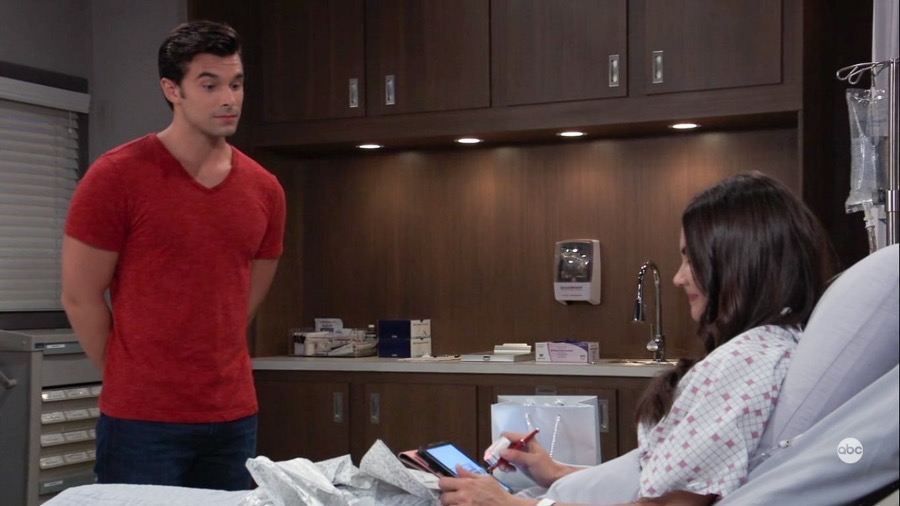 GH Spoilers – Ned Quartermaine Is Under Lots And Lots Of Stress

Ned is under lots and lots of stress lately, and he is likely walking around with a pretty short fuse! He has been trying to make up with his daughter since her stabbing by Nelle, but she won’t make up with him. His wife Olivia Quartermaine (Lisa LoCicero) and he have been on the outs, although Brook Lynn has meddled between them a bit. Olivia had left Ned several messages to let him know that the trip overseas with Robert Scorpio (Tristan Rogers) was going to take longer, but Brook Lynn deleted them from his phone! 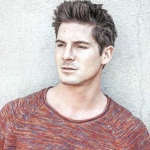 So now Ned doesn’t know if his wife has left him forever and ran off with Robert or what’s going on! His good friend and once lover and fiancée Alexis Davis (Nancy Lee Grahn) has been going through a very rough time with her lover Neil Byrne (Joe Flanigan) having died in her bed. Now she is dealing with osteoporosis, which she may update Ned on this week since he was the one who made her go to GH to get her wrist checked out!

Ned has been keeping anger against Valentin inside for buying up shares and voting rights, making him CEO of ELQ, and a couple of times he might notice him “sniffing around” Alexis! Alexis, of course, is not Valentin’s half-sister after all, but the two do seem a bit friendly. Whatever sets Ned off and shakes him up so badly, he’s going to lose patience with Valentin and let him have it!