ABC General Hospital spoilers reveal that Jon Lindstrom, who plays Dr. Kevin Collins on the ABC sudser, is taking care of his health and he wants his fans’ to do so, too. He posted a pic of himself after getting his flu shot on his Insta along with a sincere message.

This is what he wrote: “Hey beautiful people. Flu season is coming. With symptoms very similar to COVID. Medical pros (incl my COVID nurse cousin) expect a wave of people believing they have COVID to crowd the ERs this winter. Let’s do our part to not overwhelm them. Get your flu shot early. #FluSeason #GetYourFluShot #StopCovid19 #WearAMask #GH @generalhospitalabc #GeneralHospital.”

His fans were happy to chime in with their own stories, with one fan writing, “Already doing lots of flu and Covid testing in the lab. Get your flu shots people. I don’t want to work this hard!”

Another wrote, “Got mine last month! Don’t double up with a Shingles vaccine…. you might get really sick! I did! (Last year),” and one fan shared, “Got mine at the end of August and my mom is 91 and they sent a nurse to her house last week so she got hers.” 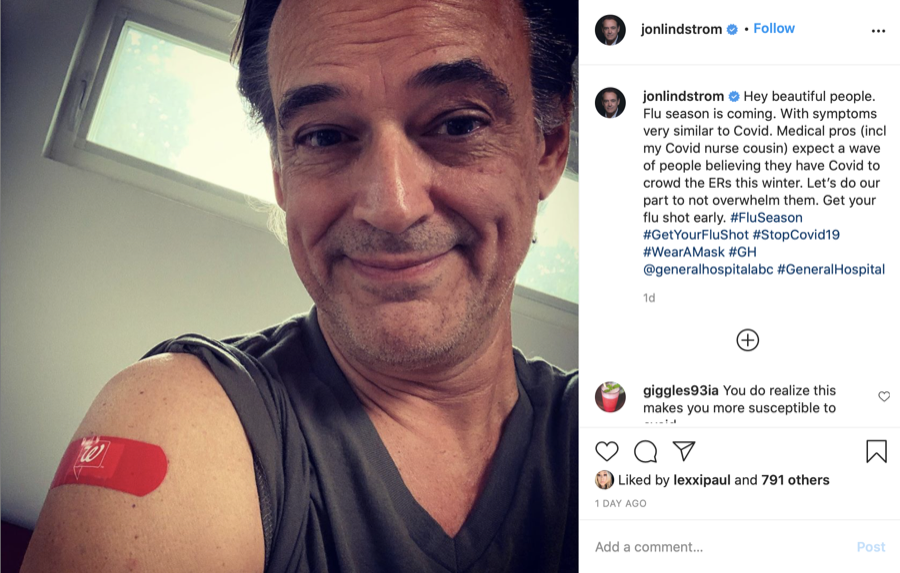 Before joining GH as Ryan Chamberlin, Lindstrom was on a couple of other daytime dramas. He played Brady on Rituals and he was Mark McCormick on Santa Barbara.

Lindstrom was on the GH spinoff Port Charles from 1997 to 2003. After that, he starred on As the World Turns as Craig Montgomery. There he met his future wife, Cady McClain, who played Rosanna. Lindstrom and McClain wed in 2014, and she recently joined the NBC sudser Days of our Lives. 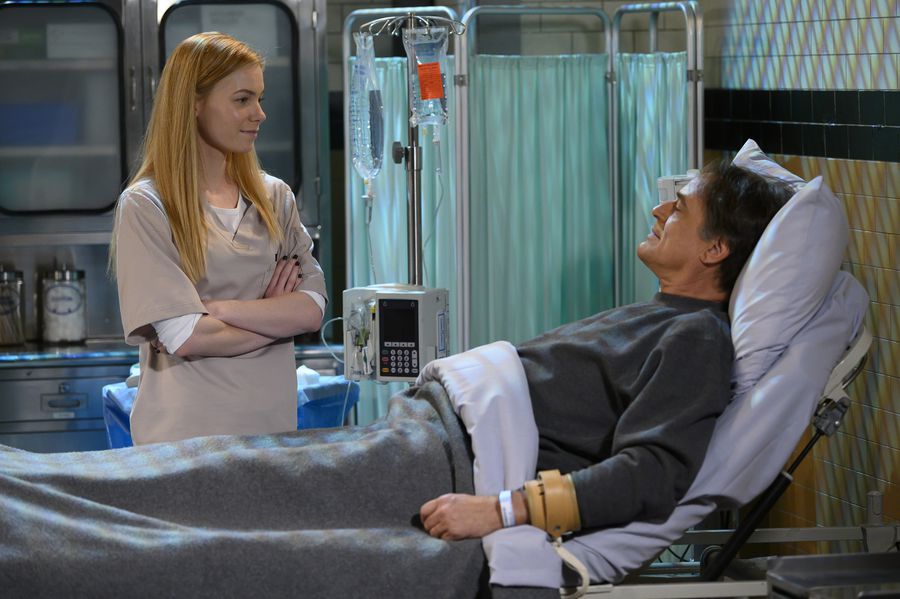 After he left ATWT, Lindstrom came back to GH as Ryan Chamberlain, the not so dead serial killer. Eventually, the character of his twin Kevin came on as well, and Lindstrom is currently portraying the good twin!

At the moment Kevin is married to the town mayor, Laura Spencer (Genie Francis). Both have been somewhat absent as of late, and they really haven’t had many stories together. Maybe that will all change in the near future?