General Hospital Spoilers and Rumors: Sam Confronts Julian With Her Suspicions, Knows Dad Has Been Lying

General Hospital spoilers tease that Sam McCall (Kelly Monaco) has some suspicions concerning her birth father Julian Jerome (William DeVry). She will confront him with them in an upcoming episode!

Sam has had a lot to deal with recently, supporting her mother Alexis Davis (Nancy Lee Grahn) in her grief. Her lover, Dr. Neil Byrne (Joe Flanigan) died in her bed. It was later found he had been injected with opioids; the coroner ruling it an overdose. That, with being accused by Neil’s brother of causing him to take drugs, has knocked her off the wagon! Viewers will recall that Valentin Cassadine (James Patrick Stuart) was brotherly to her and tried to help. Still, she wound up getting drunk with Ned Quartermaine (Wally Kurth)! Sam will probably be dealing with whatever aftermath takes place!

Viewers will recall that a jealous Julian rushed into Neil’s office at General Hospital and slugged him several months ago. This is the day that Neil had been rehired after he and Alexis lied their way through an ethics board meeting. Unfortunately, Britt Westbourne (Kelly Thibaud) had seen them fall into a hotel room together in New York. She had been having a brief romance with Julian and told him! Neil lost his license to practice medicine and Alexis lost her license to practice law! Sam will think back to that event and connect the dots right back to Julian! If he hadn’t have busted in and half the hospital heard Julian’s accusations, Alexis would still have her job! Sam could easily think Julian took out Neil and made it look like an overdose! 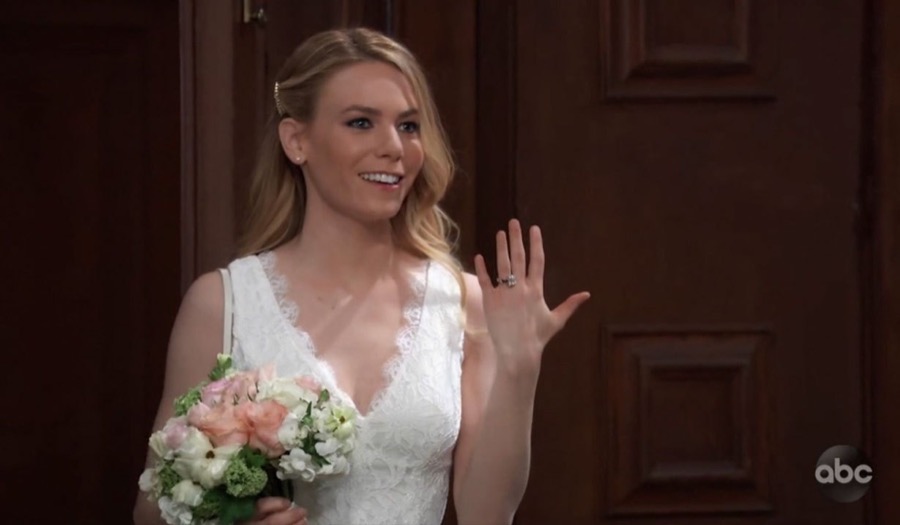 Sam hasn’t brought it up yet, but she’s bound to have questions as to why he got married. Especially why he got married to Nelle Benson Jerome (Chloe Lanier) suddenly! She may not suspect him of killing Nelle, but she may suspect he was an accomplice in Wiley Corinthos’ (Erik and Theodore Olson) kidnapping! The PCPD really didn’t have a lot to do other than find Nelle’s body. Michael Corinthos (Chad Duell) rescued Wiley, and Monica Quartermaine (Leslie Charleson) identified the cloth that Michael found as having chloroform in it. Michael and Willow Tait Corinthos (Katelyn MacMullen) were at the Nurses Ball.

This is when the kidnapping happened. Sam knows that Nelle stabbed Brook Lynn Quartermaine (Briana Lane) when Wiley was kidnapped – she had to have had an accomplice! Detective Valerie Spencer (Paulina Bugembe Lule) had done some investigation, but the focus was on Nelle and Wiley. No one had put two and two together about an accomplice! 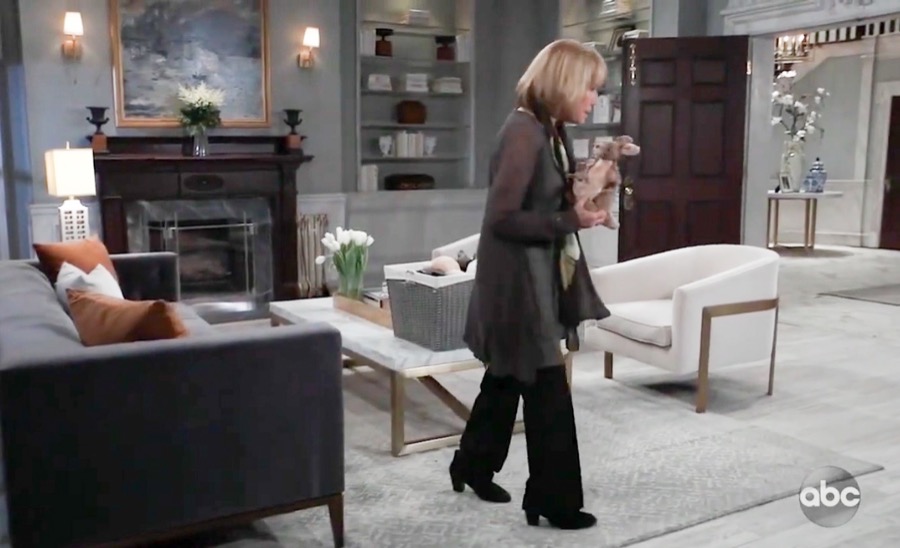 That is another accusation that Sam might level on her birth father! The chloroformed cloth was put into evidence, but not tested for DNA the whole time Nelle was missing! Unless chloroform destroys DNA there may be some – and there may be some of Julian’s DNA on the tracker in Mr. Hopsicle, Wiley’s toy kangaroo as well! He didn’t wear any gloves although he wiped his prints off everything!

Julian’s got quite an earful coming from his only daughter; stay tuned to GH and keep checking General Hospital spoilers frequently for all the latest news, updates, and developments!