You may have noticed that he’s normally active on social media but has been dark for a while. Read on to find out the scary reason why!

It turns out that Lawson had been absent from his socials due to having to have a mole removed. At the same time that he explained why he had been so quiet, he stressed the importance of getting moles checked out.

This is what he posted on Insta: “A quick explanation for why I’ve been quiet the last week or so. All good! Mole is removed and all abnormal cells gone! Just can’t wait to throw down the way I normally do!”

As fans know Lawson is a hardcore fitness enthusiastic and he regularly posts photos of him working out at home.

He finished off his post by reminding fans of some very good advice, “Also becomes apparent that having multiple modes of mental health care is really important! Stay Soapy! Stay Safe!”

His fans were happy to hear that Lawson is all right and was quick to comment on his post.

One fan wrote, “Thank you for your update, and thank you for the inspiration,” and another chimed in, “Glad you’re back at it! Sending positive vibes. Keep at it, buddy!”

One fan posted, “I was happy to hear that everything went okay with your Mole removal. When are you next on GH? Take care your fan.” 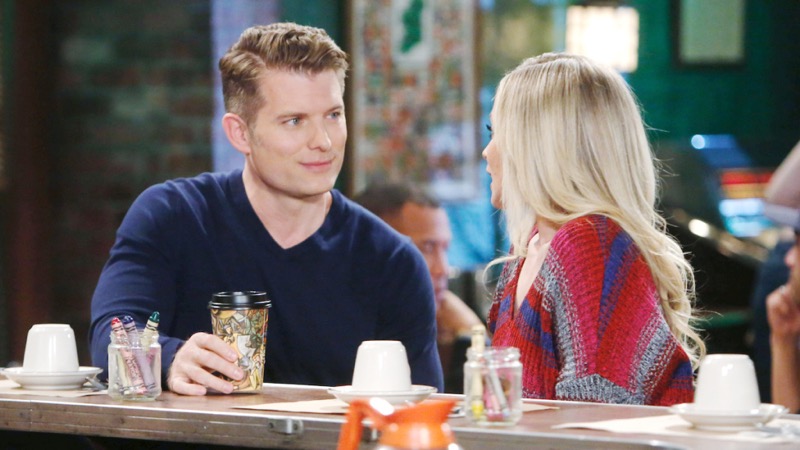 General Hospital spoilers – Where is Dustin Lawson in Port Charles?

That’s a great question actually, when will we see Dustin again? We have seen plenty of his SO, Lulu Spencer (Emme Rylan). With Homecoming on the horizon for the teen scene, we will likely see Mr. Lawson in chaperone mode and making sure the kids don’t get too rowdy!

In the meantime, there is trouble on the horizon for Lulu and Dustin, in the form of Dante Falconeri (Dominic Zamprogna). Any minute now he will swoop in to town to take down Peter August (Wes Ramsey) and when he does there will shock and awe all around. Can Dulu survive a repeat performance of Lante? Be sure to tune in and find out!

General Hospital Spoilers and Rumors: Sam Confronts Julian With Her Suspicions, Knows Dad Has Been Lying