ABC General Hospital’sGenie Francis who plays Laura Collins has packed up her things and left New England. Does this mean that Laura is headed back to Port Charles? What does this mean for Cyrus Renault (Jeff Kober)?

After spending a few days of fall in New England Genie has been her goodbyes and packed her bags. Of course, Genie thanked the area for a bit of fall where presently the leaves are changing to their glorious fall colors. It seems that Genie is leaving the sedate New England states for the hustle and bustle of California. Genie is hopefully heading back to step into her role as Laura, the mayor who is determined to get rid of Cyrus once and for all. Genie has yet to make her post COVID-19 return to the soap. 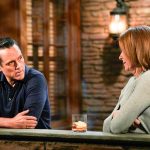 General Hospital’s Lulu Spencer (Emme Rylan) could certainly use her mother right now. As usual, Lulu is in over her head in more ways than one and needs some guidance. Since Laura left town Lulu has seen fit to wage a war against Cyrus. Lulu has enlisted Jackie Templeton (Kim Delaney) to help expose Cyrus for the criminal that he is. Unfortunately, this is not the only thing Lulu has going right now Lulu has just confessed her love to Dustin Phillips (Mark Lawson) and invited him to move in permanently with her and her children. Also, Dante Falconeri (Dominic Zamprogna) has returned home from the WSB facility. Lulu is dealing with three leading men and that is two too many. 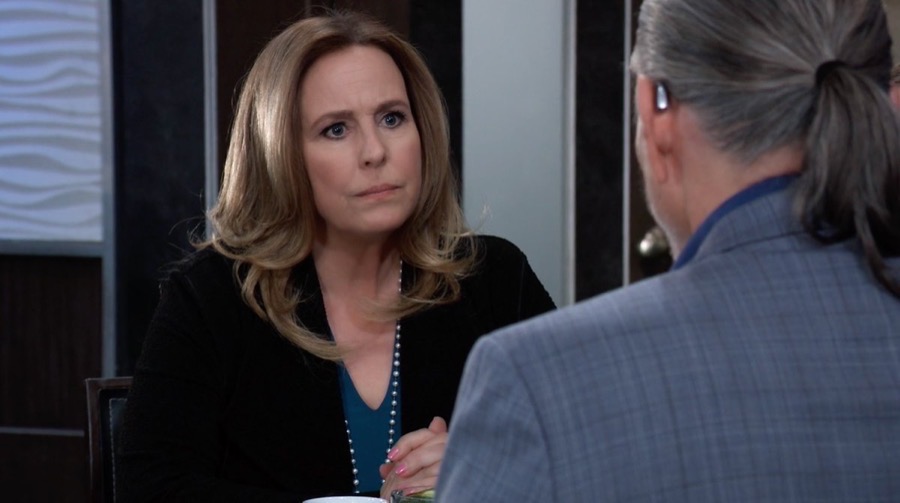 Laura Needs To Uncover The Truth

General Hospital’s Laura needs to get to the bottom of Cyrus’ obsession with her. Is there some long reaching vendetta from possibly the days of Frank Smith (Joe Cortese)? Decades ago Laura and then-husband Luke Spencer (Anthony Geary) we fighting against mobster Frank Smith. Is Cyrus somehow tried to Frank or someone associated with him? Cyrus has to have some other connection to laura to be so obsessed with her. Can Laura uncover the connection before it is too late? Could Luke be the reason that Cyrus has targeted Laura and Port Charles?

No matter what Cyrus’ pull to Laura, there has to be some deep-seated reason that he is so interested in Laura and her town. Has Cyrus used Sonny Corinthos (Maurice Benard) as an excuse to come after Port Charles? Cant the mayor and the police commissioner figure this out? Can Cyrus be taken down before he gets whatever he has come to Port Charles for is achieved? Is Laura the key to stopping Cyrus?