ABC General Hospital spoilers reveal that Kirsten Storms (Maxie Jones) is showcasing her daughter Harper Barash’s (ex-Georgie) mad tech skills and it looks like she learned everything from her equally accomplished mom.

Storms routinely shares her life with fans on social media and she has an online crochet mentoring business. Now she’s sharing that Harper is an absolute pro with her phone, which makes her remember her own days using a phone.

This is what she told her fans on Instagram: “My first cellphone was a flip phone when I was 16 years old (huge upgrade from my blue pager). It, of course, did not have a camera – it actually had no features aside from making calls. Fast forward to now…and my 6 year old can expertly unlock my smartphone, open an app and take selfies…this is crazy. Soon she will know how to use this phone better than I do. 🤦🏼‍♀‍ I just 🙏🏼 she doesn’t figure out how to purchase things on Amazon. (I do love her selfies though 🥰).” 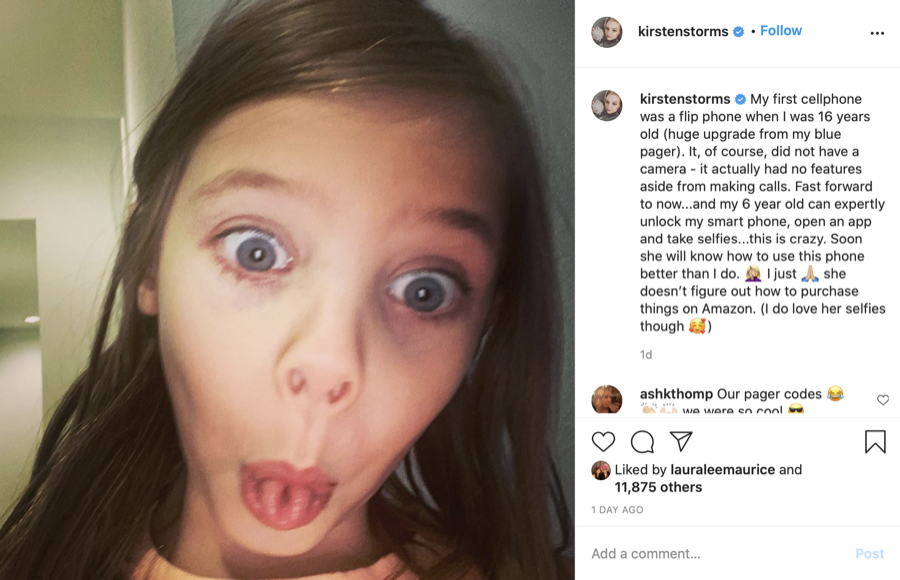 The proud mom posted a selfie of Harper who is making a funny face. She has her eyes wide open and she’s sticking her curled tongue out. Harper’s dad is Brandon Barash who starred with Storms on GH as Johnny Zacchara. He is now starring on Days of our Lives as Jake Lambert.

One fan told Storms, “Didn’t you know kids are born with an extra cell phone knowledge gene now. I just give my new phones to a kid and have them show me how it works😂.”

General Hospital spoilers – What is next for Maxie Jones in Port Charles?

On the ABC daytime drama Storm’s character, Maxie Jones is pregnant and the news of what her baby daddy has been up to could ruin their union.

Peter August (Wes Ramsey) has lied, conned, and manipulated behind the scenes and Maxie has no clue as to the extent of his deviousness. 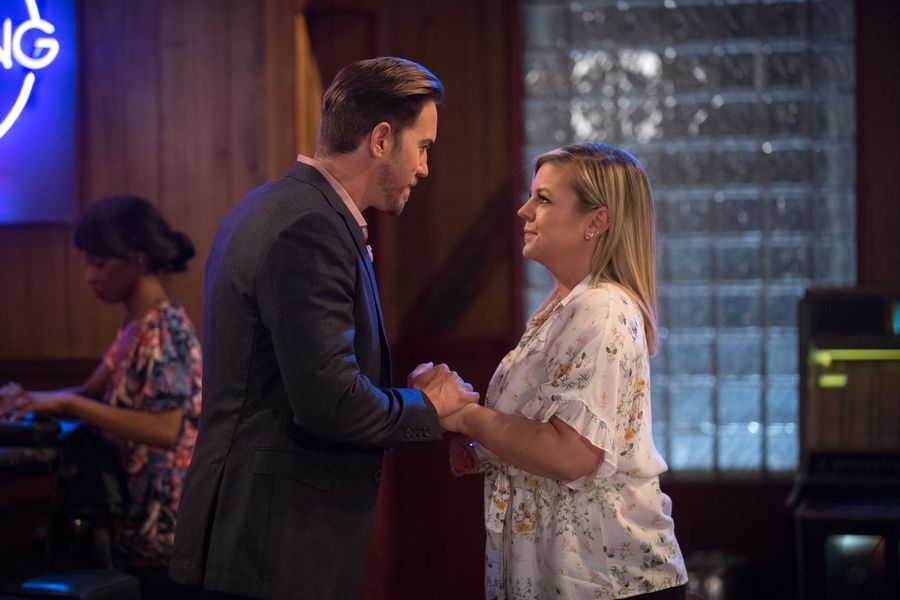 Her loved ones have tried to tell her but, of course, she is too in love to hear the truth. But it seems that Peter’s time is winding down now that Dante Falconeri (Dominic Zamprogna) is back in town to take him down. That is if he doesn’t kill him first! Dante has been brainwashed and is doing Liesl Obrecht’s bidding which is never a safe endeavor.