General Hospital spoilers for the next two weeks, July 18-22, tease there will be courtrooms, celebrations and chaos among the Port Charles residents on GH.

During the week of July 18, there’ll be subterfuge as Spencer Cassadine (Nicholas Chavez) tries to sell his story about Esmé Prince’s (Avery Kristen Pohl) birth mother. He has a matching mother-daughter DNA test to show her if she’ll agree to confess she framed Trina Robinson (Tabyana Ali); that’ll sink like a lead zeppelin! Elsewhere, Brando Corbin (Johnny Wactor) will get all steamed up with TJ Ashford (Tajh Bellow) who’ll try to get him to calm down about Sasha Gilmore Corbin’s (Sofia Mattsson) lies.

Britt Westborne (Kelly Thiebaud) will hope she’s got a stable relationship but finds she has a relationship in a stable instead, as cowboy Cody Bell (Josh Kelly) thinks it’s romantic. She’ll give some unbelievable updates to her bestie Brad Cooper (Parry Shen) and she’ll suspect Cody’s up to no good as he drops her father’s name.

The Haunted Star will feature an open mike night where Brook Lynn Quartermaine (Amanda Setton) will push Harrison Chase (Josh Swickard) to debut his talents. Chase has sung for the Nurses’ Balls in the past but this is a different story than donating his talents for charity. 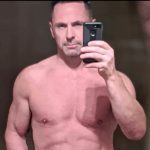 Marshall Ashford (Robert Gossett) will cheer on Epiphany Johnson (Sonya Eddy) and Mac Scorpio (John J. York) will even take a turn. Elsewhere, TJ will call Willow Tait (Katelyn MacMullen) to let her know her white blood cell is elevated, which will cause her some concern; but he’ll downplay it until he knows more. Willow will keep it a secret from Michael Corinthos (Chad Duell) as well until there is a definite diagnosis.

Austin Gatlin-Holt (Roger Howarth) will get another unsettling text, and this time he meets with the mysterious person who seems to be stalking Maxie Jones (Kirsten Storms) and her family. Willow continues to keep her follow-up appointment with TJ a secret, but that secret may come out sooner rather than later. She, Michael, Carly Corinthos (Laura Wright) and Drew Cain (Cameron Mathison) will be celebrating together, likely about the expected bun in the oven but there will be an interruption.

Willow could turn pale and faint once again, prompting a trip to the emergency room of GH, where TJ and Molly Lansing-Davis (Haley Pullos) will be having a close moment. They’ll be interrupted by a patient being brought in, who will likely be Willow, forcing those follow-up blood tests to be done now.

GH Spoilers: Desperate Pleas And Down And Dirty Tricks

Esmé will make some desperate pleas to the Highsiders bartender Oz Haggerty (Max Faugno) not to squeal on her purchase of the hot phone from him she used to frame Trina. He was pretty upset when he came to Wyndemere Castle found out what she used that phone for and people had been asking questions. Meanwhile, some down and dirty tricks might be exposed when Sonny Corinthos (Maurice Benard) gives Felty (Brian Norris) a beat-down and someone witnesses it; could Michael have set him up to be arrested? GH spoilers tease the witness will intervene.

During the week of July 25, Spencer will continue to force Esmé to confess to framing Trina and taking the deal he offers. Later, Trina will be blindsided over a surprise witness getting on the stand in her defense. That might be Spencer, who will step up for her in spite of risking his freedom confessing the cemetery trip arranged by Victor Cassadine (Charles Shaughnessy).

Nikolas Cassadine (Marcus Coloma) will race to the courthouse to try and stop Spencer’s confession, because he could be sent back to Pentonville over this. Spencer’s trip to the cemetery was right before his time in Spring Ridge was almost over but his deal could still be revoked. 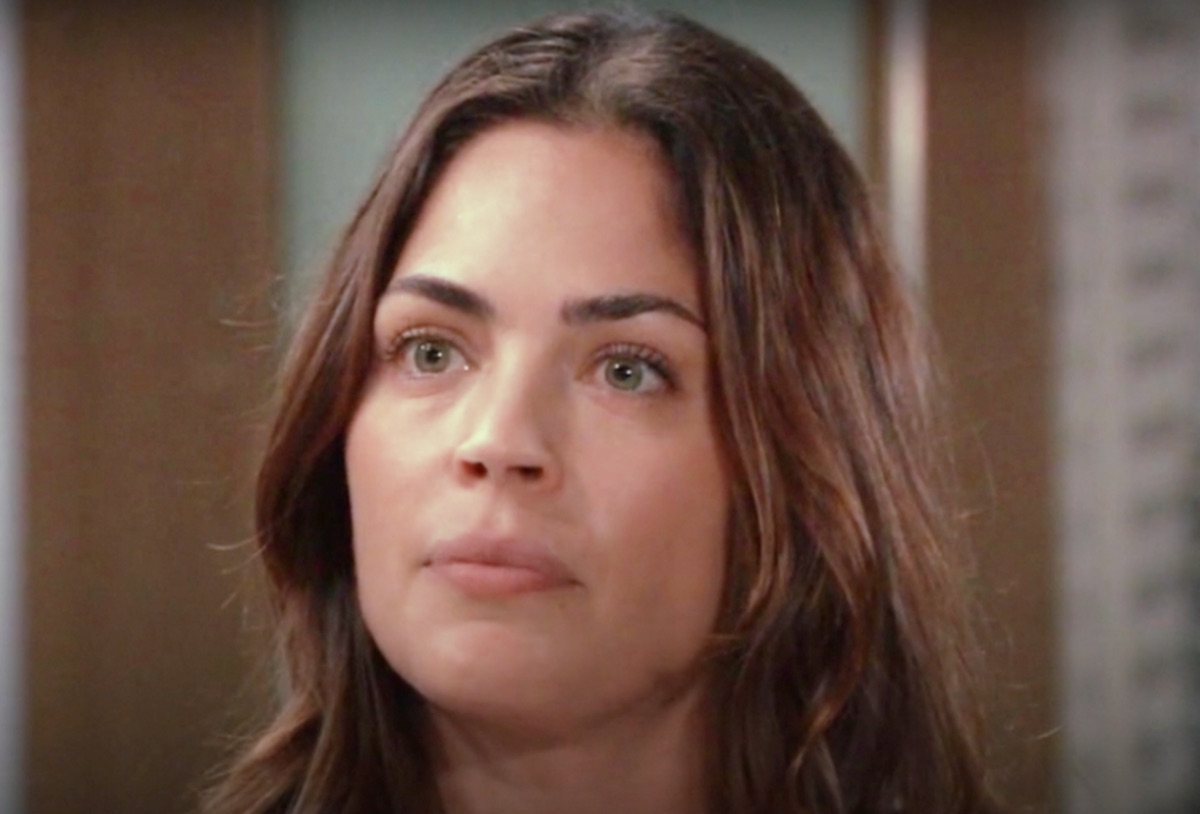 Esmé will attempt to escape Port Charles by asking her birth father, Ryan Chamberlain (Jon Lindstrom) for help; she will likely figure out Spencer’s DNA match was faked. Nikolas may have found a way to get her internship reinstated at Spring Ridge, but that doesn’t mean he may not be in danger from Ryan as well as Spencer. However, Ava Cassadine (Maura West) will get in the way of Esmé’s plans to flee, with a confrontation promising to become physical – and someone may get tossed over the parapet! Esmé may also reveal her and Nikolas’ naked romp to Ava.

Last of all, Sasha will spill some tea to Willow and Michael that she already knows they’re expecting a baby; she overheard Nurse Deanna Sirtis (Dioni Michelle Collins) on a call. Willow and Sasha will briefly reconnect but explode quickly into drama from both sides. As for Sonny, he’ll have a decision to make over new hire and Michael’s plant Dex Heller (Evan Hofer).

Dex is ready to do more within the organization, but he’ll want to check with Brick (Stephen A. Smith); soon Michael’s plant of Dex may be outed. Sneaky Sam McCall (Kelly Monaco) will overhear Michael on a phone call and might out him to Sonny.

There will be life changing decisions as Trina takes the stand to defend herself at her trial, and there will be a dangerous diagnosis for Willow, changing her life as well. She’ll pester TJ to be honest about his suspicions and it may not be what she expects. Nurse Elizabeth Baldwin (Rebecca Herbst) also made a life changing decision to return to work, but it may be too early. Her first full day on the job will reveal some shockers about her true problems.