General Hospital made a big mistake at the end of 2020 when Julian Jerome was shot multiple times and fell into a New Jersey river. Unlike Sonny Corinthos, he did not end up washed up in a small Pennsylvania town. Instead, Julian’s body washed up near Port Charles and William deVry was out of a job.

We have learned via Days of Our Lives that bodies being found doesn’t mean a character is dead forever, so Julian can always return if the GH writers get creative and want him back. After all, he is Leo Quartermaine’s (Easton Rocket Sweda) biological dad, while also being Sam McCall’s (Kelly Monaco) father, Alexis Davis’ (Nancy Lee Grahn) ex, and Ava Jerome’s (Maura West) brother. 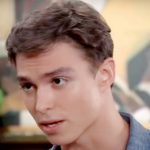 His ties to the canvas are numerous and before he died, fans learned that Kim Nero (Tamara Braun) had given birth to his son and was living in New York City. So, if Julian returned, there would be a whole lot of story to tell that didn’t revolve around the newcomer who is everywhere, Cody Bell (Josh Kelly). Maybe rather than adding new characters, the soap needs to look to old ones.

Just a little note on the career side. I'm getting opportunities & doing my best 2 get on your TVs again. I've been 1st choice, in the mix, availability requests, unanimous decisions, screen testing. U name it. Waiting 4 really good stuff. It just hasn't gone my way lately. 🤷🏼‍♂️❤️

Would William deVry Return To GH?

While actor William deVry was surprised to be let go by General Hospital and didn’t make it a secret on social media, he has not said if he would make a comeback to the show if he is ever asked.

However, he did recently tell fans that he’s been working on getting back on television and hopes to have news soon.

“Just a little note on the career side. I’m getting opportunities & doing my best 2 get on your TVs again. I’ve been 1st choice, in the mix, availability requests, unanimous decisions, screen testing. U name it,” the actor tweeted. “Waiting 4 really good stuff. It just hasn’t gone my way lately.”

Before playing Julian, deVry played Storm Logan on The Bold and the Beautiful and was involved in a tragic story in which Storm killed himself so his sister, Katie Logan (Heather Tom), could have his heart after she was accidentally shot. He also played Michael Cambias on All My Children before his CBS role. Stay tuned to General Hospital weekdays to see if deVry ever brings Julian Jerome to life again.

General Hospital Question: Why Did It Take Months for The Adults To Help Trina?